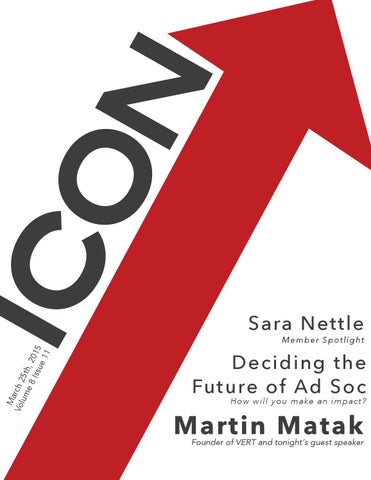 Deciding the Future of Ad Soc How will you make an impact?

Thinking About Next Year? Director and Assistant Director applications are opening soon! Here’s what you need to know about the responsibilities of each committee so you can find the role that’s right for you!

In charge of planning and hosting events such as socials, parties, and the end of semester banquets. Basically an excuse to get to know every bar owner in Gainesville.

In charge of making promotional materials such as social media banners and on-campus advertsing. Illustrator will be either your best friend of worst enemy by Spring 2016.

In charge of taking attendence, collecting dues determining membership points, sending out meeting emails, and organizing the Rookie-Guru program. A good future director would make sure every member has a friend in Ad Soc aw.

In charge of managing the Ad Society website and blog, along with video and photography work at Ad Soc events such as Ad Dash and New Member Retreat.

In charge of recruiting professionals to speak at our meetings, as well as making arrangements for the speaker before, during, and after their visit. A way to be best friends with the speakers.

In charge of planning service events for Ad Society including community outreach activities such as Relay for Life and March of Dimes. Only applications from those of pure heart will be considered.

In charge of social media, event and meeting publicity and and community relations. They work closely with Gainesville Advertising Federation and Ad Council. They are also our liaison to Ad Soc alumni and Journalism College faculty.

In charge of finding the location, planning, and successful execution of our Ad Society trips. Previous trips include New York, Atlanta, Orlando, Chicago and Miami. If you’re looking for a reason to email your favorite agencies besides just begging for a job, now’s your chance.

Adwerks is a student-run, full-service advertising agency that does nonprofit work for real clients. In edition to being creative, a AdWerks director must look creative.

VERT is a piece of wearable techinology that goes beyond what fit tech usually measures. While competitors display data such as distance, time, and heart rate, VERT is the first and only jump rate monitor. Through a smartphone app (pictured left) wirelessly connected to the VERT, coaches and athletes can measure their air time. So, in a way, VERT has no competitors at all. While Martin Matak, founder and President of VERT, can boast about his invention currently holding the position of official jump technology of USA Volleyball, he can trace his company’s origins to a much more humble court. “I used to coach little league basketball, 12 to 16 year old kids, and all they would care about is how high they could jump, as well as, of course, their new pair of shoes. That’s really when I had my ‘Aha!’ moment.” Matak and his groundbreaking invention have been making waves in the athletic sphere. Vert has been featured in Sports Ilustrated and featured during a live broadcast during a NCAA volleyball game between UF and USC. Matak also presented his wearble technology at CES this year.

Member Spotlight: Sara Nettle Sara Nettle is a junior advertising major on the AdWerks committee and has been killing it all year long. Along with flexing her creative skills in Ad Soc, she’s also art editor of The Fine Print and an Apple employee. One thing she isn’t killing, however, is the environment. Her favorite ad campaign is from Dr. Bronner’s Soap. Their hilarious view corporate responsibility proves that they refuse to sell out. “I’m really passionate about their soap. You can clean yourself, and everything else. Shampoo, laundry, toilet, sink, floor, makeup, brushes, face. Everything.” At Ad Society, we’re happy that Sara is as versatile and multiskilled as Dr. Bronner’s Soap. Congrats!

Whatâ&#x20AC;&#x2122;s Next? Tonight: Upcoming Dates: Head over to Tijuana Flats for an Apr. 9th- Election Meeting after meeting social for FREE salsa, Apr. 22nd- End of Year Banquet chips, and beer! at The Warehouse This yearâ&#x20AC;&#x2122;s banquet theme is Pantone! Dress up in your favorite solid colored dress or shirt for this graphic design inspired party. Tickets are only $15 and include dinner. So sad this is printed in black & white...