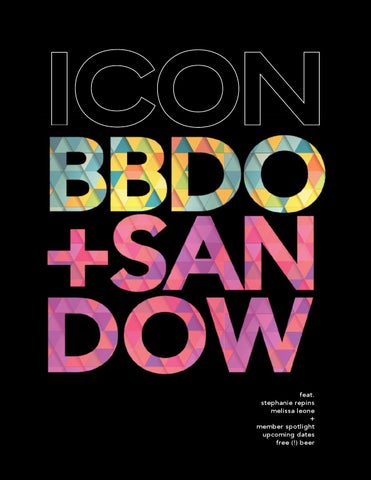 Ad Dash is Back

Ad Society’s annual philanthropic event, Ad Dash, is back for its fourth year, and will be held on March 28th and 29th. It’s a friendly competition and race against the clock, with the purpose of improving our community, as well as building student portfolios and community connections. Teams create a campaign for a secret non-profit client in a 12-hour period in the AHA! Co-Lab. The following day each team will present their work and the client, along with a special panel of judges, decides on a winner. Sign up starts on Monday, March 16th, and close March 23rd, so be sure to start thinking about possible teammates. There will also be a mandatory info session on Wednesday, March 25th, after teams are finalized. Ad Dash is one of the most exciting parts of being an Ad Society member, so don’t miss out on this opportunity to gain real world experience!

Do you remember seeing the best, life sized game of Pac Man ever during the Super Bowl ads with Bud Light’s #UpForWhatever? Or maybe The Brady Bunch “reunion” featuring Danny Trejo and Steve Buscemi as a part of Snickers “You’re Not You When You’re Hungry” campaign? All from BBDO. It comes from their obsession about The Work, The Work, The Work. Work that changes consumer behavior. Work that tells a brand’s story across all channels and mediums. Work that is an economic multiplier for their clients and businesses. It’s the mantra that has kept BBDO in the agency elite. According to Ad Age, BBDO is number 10 on its “A List” for 2015 and the best B-to-B agency of the year. Founded in 1891, it’s grown to 289 offices in 81 countries and employs 15,000, making it the largest of three global networks (others being DDB and TBWA) of agencies in Omincom’s holdings. However, it’s managed to continue to have the spirit of a boutique. Perhaps that’s what has kept clients like Campbell’s, GE, and Mars coming back for years (or even decades).

SANDOW with MELISSA LEONE SANDOW is not your traditional advertising agency. Known for its innovative approach to magazines and new media, the global agency is a publishing house of the 21st century. Their latest project, BeautyDNA, showcases the world’s most advanced online personalized beauty matching system with beautifully simple and consistent design. They know you are unique, and so are they. They challenge the design concepts we take for granted: Puma and SANDOW’s collaboration to reinvent the shoebox (into a shoebag) was a huge success, reducing the energy, water and diesel consumption of the brand by more than 60% a year.

Member Spotlight: Sydney Spofford Sydney Spofford, sophomore advertising major, has known that advertiing was her true calling since her high school internship at Florida Sportsman Magazine. Her dedication at the magazine, where she transitioned their website to WordPress while updating content, hasn’t ceased since making the move to Gainesville. Along with her hard work as part of the events committee, Sydney is incredibly passionate about the J-school. This May, she’ll be flying to Italy on the College of Journalism and Communications study abroad program. Once back in the states, Sydney hopes to land a media planning and strategy internship at Hill Holiday in Boston, perhaps even leading to a full time position after graduation. Currently, her favorite campaign is “Type E*” from Ogilvy & Mather. The 30-second spots feature Kevin Spacey. How could they not be her favorite? While this choice is pretty clear, her preferred coffee isn’t quite as obvious. “I am a serious coffee addict and I would take Dunkin Donuts over Starbucks any day.” Even if you disagree (which many of you surely do), be sure to congratulate Sydney!