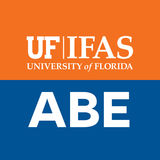 The Blue-Green Algae Task Force was established in April 2019 by Florida Governor Ron DeSantis with the appointments of five expert researchers and leading scientists to address Florida’s algal blooms.

Algal blooms are an accumulation of algal cells caused by the combination of sunlight, slow-moving water, and nutrients. These blooms are a major environmental problem that can produce toxins, produce dead zones in the water, raise drinking water treatment costs, and hurt industries which rely on clean water.

“Florida’s waters are plagued by nutrient enrichment, eutrophication and harmful algae blooms due to decades of mismanagement of nutrients on our landscape. The blue-green algae task force was appointed by Governor Ron DeSantis to advise the Florida Department of Environmental Protection (FDEP) on how to reverse this trend and fulfill its mission to protect the state’s waters. Controlling nutrients on our landscape and their resulting impacts on our surface waters, groundwaters and springs is essential to Florida’s economy and Floridians’ quality of life,” Wendy Graham explained.

Wendy Graham, ABE Carl S. Swisher scholar in water resources and UF Water Institute director, was among the researchers and scientists named to this task force. Her research focuses on understanding and quantifying the sources, stores, fluxes and travel times of water and nutrients as they move from the land surface to our water bodies.

“I hope to bring a systems view of the issue to the panel, and to help FDEP explore how to better use integrated hydrologic modeling and monitoring tools to understand, manage, and track the progress in solving this important problem,” Graham stated.

This task force began by cataloging and understanding the sources of nutrients, the regulations and programs that are supposed to manage these sources, areas in which the regulations and programs have broken down, and areas where new science is needed to better manage the problem. A consensus document laying out specific science-based recommendations to expedite improvements and restorations of Florida’s water bodies that have been adversely affected by blue-green algae blooms was produced in October 2019.

“We look forward to seeing the State of Florida take concrete actions on our initial recommendations. Over the next year the Task Force plans to conduct more detailed investigations into specific science, technology and policy programs that show promise for controlling harmful algae blooms in Florida’s waters. We will also extend the focus, that has been primarily on South Florida systems, to important water bodies throughout the state,” Graham explained.

This story is from:
ABE Update - Winter 2019/2020
by UF Agricultural and Biological Engineering