Respiratory disorders, including those exacerbated by fine particulate pollutants, such as asthma and allergic diseases

“Things are changing so fast,” he continues. “We’re not trying to teach the whole encyclopedia like we used to, but a way of thinking and a habit of mind. We need to give students the tools they need to solve the future problems we don’t even know about yet.” UCSF’s Sheri Weiser, MD, MPH, and Arianne Teherani, PhD, have shown how. Together, Weiser, an epidemiologist and practicing internist at Zuckerberg San Francisco General Hospital, and Teherani, a professor of medicine and education, developed a climate-health curriculum for learners across all of the health sciences. In addition, they’ve trained faculty members at all six University of California health campuses. Aside from an elective on climate change and health that’s available to first-year medical students, their approach does not add stand-alone climate-science lessons. Instead, they train professors to integrate relevant knowledge and case studies into existing material. Professors of anesthesia, radiology, and pharmacy, for example, are encouraged to note that anesthetic gases, imaging technologies, and pharmaceuticals all have a significant carbon footprint. In psychiatry, students learn how most psychiatric drugs interfere with the body’s ability to regulate temperature, creating life-or-death stakes for depressed or mentally ill patients during heat waves. Training in infectious diseases already covers the pathogens found in contaminated water and transmitted by insects; highlighting

Mental health disorders, such as post-traumatic stress disorder and depression

the health implications of increased flooding and expanded mosquito habitats is a simple, and essential, connection. The approach is effective, and it has put UCSF’s climate change education efforts ahead of those of most other medical and health professions schools, but Weiser and Teherani are eager to expand the program, both within and outside of UCSF. “Literally the biggest threat to human health ever seen is in front of us right now,” says Weiser. “So why is this not front and center of everything? Why is it not being talked about all the time?” Colin Baylen, a second-year medical student who co-founded the UCSF student group Human Health + Climate Change, puts it this way: “When I think about what my career might look like in 2050, I see climate change impacting any specialty I consider.” 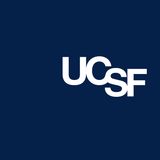 Special Issue: The Future. UCSF Magazine peers into the future of health and medicine.

Special Issue: The Future. UCSF Magazine peers into the future of health and medicine.