The Cratchits (in America) Program THE CRATCHITS (IN AMERICA) by James Still

THE CRATCHITS (IN AMERICA) by James Still

CAST OF CHARACTERS: (in order of appearance)

ABOUT THE LAUNCH PAD READING SERIES The LAUNCH PAD Summer Reading Series: New Plays In Process invites professional playwrights to join the UC Santa Barbara community as artists-in-residence. The collaboration between a team of undergraduate students, professional guest artists, and the playwrights provides the experiential ground for seasoned and novice artists alike to participate in the creative process as it’s happening. In addition to acting, students explore stage management and dramaturgy as well as scenic, costume, lighting, projection, and sound design, offering ideas to the playwright as the script evolves. The first draft of the play is read aloud on day one and, four days later, a completely new piece of theater is shared with an audience. From the first minute to the last, the play is in constant evolution. The script is being revised and rewritten: new scenes are added, lines are cut, and even a new character may appear before the week is out. These kinds of workshops continue throughout the year as part of LAUNCH PAD Pop Ups. In this series, professional playwrights are invited to “pop in” for a short workshop and reading of their new play. During each academic year, LAUNCH PAD produces one “Preview Production” of a new play. While professional theaters are not always able to take a risk on fully producing new work, LAUNCH PAD offers the playwright the chance to work on the play in a safe environment with professional guest artists and students who are deeply engaged and hungry to learn. These Preview Productions are fully designed and realized, allowing the playwright to see their work in three dimensions. In Spring 2021, LAUNCH PAD presents a preview production of Shanghai by Linda Alper, directed by Sara Rademacher. Founded in 2005 by Artistic Director Risa Brainin, LAUNCH PAD is proud to be celebrating 15 years of innovation and contribution to the field of new play development. In these unprecedented times, LAUNCH PAD is grateful to be able to continue its tradition of providing opportunities for UCSB theater students and the community-at-large.

throughout the U.S., Canada, Europe, Australia, South Africa, China and Japan. He is a proud LAUNCH PAD alum having most recently contributed four Zoom plays to Alone, Together. Also: Appoggiatura in a Preview Production; April 4, 1968, (A) New World; and now The Cratchits (in America) -- all as part of the LAUNCH PAD Summer Reading Series. His other new plays include Black Beauty (premiering recently at Seattle Children’s Theatre); Dinosaur(s); and 20--Second Plays to Wash Your Hands By. He is also writing new plays for Prison Performing Arts in St. Louis and American Blues in Chicago. Recent work includes a trilogy of linked-plays: The House that Jack Built (Indiana Repertory Theatre), Appoggiatura (Denver Center Theatre), and Miranda (Illusion Theater, Minneapolis). Also: April 4, 1968: Before We Forgot How to Dream (Indiana Repertory Theatre); two plays about the Lincolns: The Widow Lincoln and The Heavens are Hung in Black (both premiering at Ford’s Theatre in Washington, D.C.); a play for one actor about culinary icon James Beard called I Love to Eat (Portland Center Stage); a play for 57 actors called A Long Bridge Over Deep Waters (Cornerstone Theater Company in Los Angeles); Looking Over the President’s Shoulder at theaters across the country; and And Then They Came For Me at theaters around the world (most recently at Alabama Shakespeare Festival). His short play When Miss Lydia Hinkley Gives A Bird The Bird was a winner of Red Bull Theater’s Short New Play Festival in New York and performed at many festivals. Still is an elected member of both the National Theatre Conference in New York and the College of Fellows of the American Theatre at the Kennedy Center. He received the Otis Guernsey New Voices Award from the William Inge Festival and the Todd McNerney New Play Prize from Spoleto. His plays have been developed at the New Harmony Project, the O’Neill Conference, Sundance, Seven Devils, the Colorado New Play Summit, LAUNCH PAD, and many others. He is a four-time Pulitzer nominee for his work in the theater, and a five-time nominee for his work in television. He is the Playwright in Residence at Indiana Repertory Theatre, Artistic Affiliate at American Blues in Chicago, and is a proud citizen of Los Angeles. Pronouns: he/him/his

Founder/Artistic Director, and Professor of Theater at UCSB. She served as Resident Director at the Guthrie Theater, Associate

MEGAN BROWN (ASSISTANT STAGE MANAGER) is a junior BFA Acting student at UCSB. This is her first season with LAUNCH PAD and she is very thankful to be a part of such a wonderful, inspiring group! Pronouns: she/her/hers

fourth-year Theater major in the Directing program. Frances really appreciates having the opportunity to work with all the people she loves who are part of LAUNCH PAD and knows that we will get through this difficult time with solidarity.

JOHN LOREN (ASSISTANT TO THE PLAYWRIGHT) is a fourth-year

Theater major and graduating at the end of this summer with a BA in the playwriting concentration! He’s a big fan of long walks on the beach, wondering if you like piña coladas (and getting caught in the rain), and hoping you enjoy the show!

fourth-year design student with limited experience working on productions at UCSB. She last worked on productions in high school four years ago and, after switching to the design major only last year, hopes to gain more experience by being part of the LAUNCH PAD series this summer!

theatre after a 35-year professional adventure through the worlds of politics, international relations, marketing, and education. She is a stand for pushing the creative envelope, stepping out of the comfort zone, and saying “yes” to what’s important. Pronouns: she/her/hers

LAJAE JOHNSON (CAROL / SOUND DESIGN) designed and assisted with costumes for LAUNCH PAD’s Preview Production of The Watsons Go To Birmingham – 1963 but this is her first time being part of the Summer Series. She is glad to be ending her college years with her theatre home and knows that this will forever be in her heart. Pronouns: she/her/hers

Theater major in the BFA Acting program at UCSB. He was most recently in LAUNCH PAD’s festival of plays and monologues, Alone, Together. He’s excited to be part of the Summer Series and hopes you enjoy these plays in progress! Pronouns: he/him/his

LANA SPRING (BELINDA / LIGHTING DESIGN) is a transfer student with

an AA in Theatre Arts from Santa Rosa Junior College and will be starting her junior year in UCSB’s BFA Acting program. At UCSB, Lana was ASM of The White Card, played Mariane in Tartuffe, was an actor in the Play in a Day Festival, and in LAUNCH PAD’s Alone, Together Festival. Lana is thrilled to be part of LAUNCH PAD this summer! Pronouns: she/her/hers

Junior at UCSB in the BFA program for Acting and the BM program for Voice. She is excited to work with inspiring new productions, amazing actors and directors. Three shows in three weeks is an opportunity for growth unlike any other, and Violet is honored to be a part of this experience.

and Dance Department. She is an aspiring playwright, dramaturg and an artist-scholar. Leano has worn many hats, ranging from production manager to activist educator. She likes to draw, read, play violin and roller-skate (badly). She currently lives in L.A. with her family.

LAUNCH PAD relies on the support of our friends and alumni. If you love exciting new works performed by talented, up-and-coming actors, we invite you to consider making a gift and joining the LAUNCH PAD family. Please visit our website to make a donation. https://launchpad.theaterdance.ucsb.edu/giving A gift of any size makes a difference!

The Cratchits (in America) Program 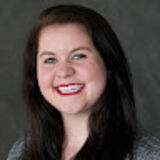