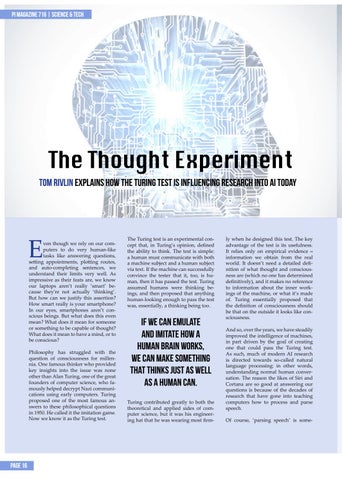 ven though we rely on our computers to do very human-like tasks like answering questions, setting appointments, plotting routes, and auto-completing sentences, we understand their limits very well. As impressive as their feats are, we know our laptops aren’t really ‘smart’ because they’re not actually ‘thinking’. But how can we justify this assertion? How smart really is your smartphone? In our eyes, smartphones aren’t conscious beings. But what does this even mean? What does it mean for someone or something to be capable of thought? What does it mean to have a mind, or to be conscious? Philosophy has struggled with the question of consciousness for millennia. One famous thinker who provided key insights into the issue was none other than Alan Turing, one of the great founders of computer science, who famously helped decrypt Nazi communications using early computers. Turing proposed one of the most famous answers to these philosophical questions in 1950. He called it the imitation game. Now we know it as the Turing test.

The Turing test is an experimental concept that, in Turing’s opinion, defined the ability to think. The test is simple: a human must communicate with both a machine subject and a human subject via text. If the machine can successfully convince the tester that it, too, is human, then it has passed the test. Turing assumed humans were thinking beings, and then proposed that anything human-looking enough to pass the test was, essentially, a thinking being too.

if we can emulate and imitate how a human brain works, we can make something that thinks just as well as a human can. Turing contributed greatly to both the theoretical and applied sides of computer science, but it was his engineering hat that he was wearing most firm-

ly when he designed this test. The key advantage of the test is its usefulness. It relies only on empirical evidence – information we obtain from the real world. It doesn’t need a detailed definition of what thought and consciousness are (which no one has determined definitively), and it makes no reference to information about the inner workings of the machine, or what it’s made of. Turing essentially proposed that the definition of consciousness should be that on the outside it looks like consciousness. And so, over the years, we have steadily improved the intelligence of machines, in part driven by the goal of creating one that could pass the Turing test. As such, much of modern AI research is directed towards so-called natural language processing: in other words, understanding normal human conversation. The reason the likes of Siri and Cortana are so good at answering our questions is because of the decades of research that have gone into teaching computers how to process and parse speech. Of course, ‘parsing speech’ is some-

Our Second Issue of the 2016/17 academic year is focused on 'The Mind'. We delve into topics such as mental health, neurological disease, and psychology. All written and designed by UCL students. 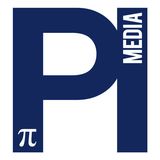