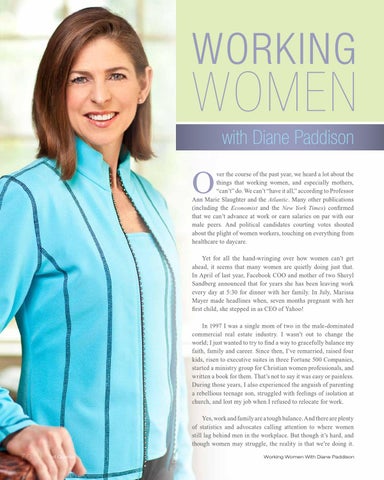 ver the course of the past year, we heard a lot about the things that working women, and especially mothers, “can’t” do. We can’t “have it all,” according to Professor Ann Marie Slaughter and the Atlantic. Many other publications (including the Economist and the New York Times) confirmed that we can’t advance at work or earn salaries on par with our male peers. And political candidates courting votes shouted about the plight of women workers, touching on everything from healthcare to daycare. Yet for all the hand-wringing over how women can’t get ahead, it seems that many women are quietly doing just that. In April of last year, Facebook COO and mother of two Sheryl Sandberg announced that for years she has been leaving work every day at 5:30 for dinner with her family. In July, Marissa Mayer made headlines when, seven months pregnant with her first child, she stepped in as CEO of Yahoo! In 1997 I was a single mom of two in the male-dominated commercial real estate industry. I wasn’t out to change the world; I just wanted to try to find a way to gracefully balance my faith, family and career. Since then, I’ve remarried, raised four kids, risen to executive suites in three Fortune 500 Companies, started a ministry group for Christian women professionals, and written a book for them. That’s not to say it was easy or painless. During those years, I also experienced the anguish of parenting a rebellious teenage son, struggled with feelings of isolation at church, and lost my job when I refused to relocate for work. Yes, work and family are a tough balance. And there are plenty of statistics and advocates calling attention to where women still lag behind men in the workplace. But though it’s hard, and though women may struggle, the reality is that we’re doing it.

To inspire, encourage and equip business leaders with Christian principles to make an eternal, positive impact on everyone that God has entrusted them to serve. 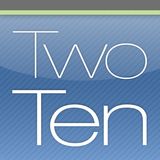