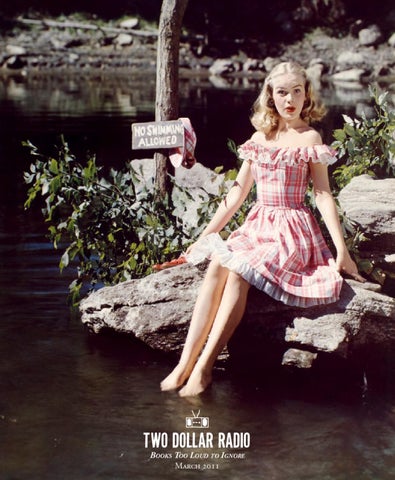 “Aesthetically consistent, editorially adventurous.” —Village Voice “I marvel at their idealism.” —Times Literary Supplement Two Dollar Radio is a family-run outfit founded in 2005 with the mission to reaffirm the cultural and artistic spirit of the publishing industry. We aim to do this by presenting bold works of literary merit, each book, individually and collectively providing a sonic progression that we believe to be too loud to ignore. Eric Obenauf Publisher/Editor in Chief eric@twodollarradio.com Eliza Wood-Obenauf Art Director/Editor elizajane@twodollarradio.com Brian Obenauf Senior Rights &amp; Marketing Associate brian@twodollarradio.com Emily Pullen Editor/Outreach Director emily@twodollarradio.com

“A deft look at modern life that’s both witty and devastating.” —Nylon “Intelligent . . . a pleasure to read.” —Bookslut Barbara Browning’s captivating wit and passionate intelligence make The Correspondence Artist a love story like none other. Vivian, a writer, is carrying on a relationship with an internationally acclaimed artist. There are those who stand to profit from the revelation of her paramour’s identity, so in the service of telling her tale, she creates a series of fictional lovers. There is Tzipi, a sixty-eight-year-old Nobel-winning female Israeli writer; Binh, a twenty-something Vietnamese video artist; Santuxto, a poetic Basque separatist; and Djeli, a dreadlocked Malian world-music star. Largely through Vivian’s e-mail correspondence, she divulges the story of their relationship, from their first meeting to their jumpy spam filter, which arrests the more explicit notes that result in Vivian being held captive in a tiger cage in a Berlin hotel/ being chased by a Medusa-like woman on a Greek Island/imprisoned by a splinter cell of Basque separatists/in an African hospital with a bout of Dengue Fever. BARBARA BROWNING has a PhD in comparative literature from Yale. She teaches in the Department of Performance Studies at the Tisch School of the Arts, NYU. She’s also a poet and a dancer. She lives with her son in Greenwich Village. The Correspondence Artist is her first novel. Her second novel, I’m Trying to Reach You, is forthcoming from Two Dollar Radio in March 2012.

“One of our most honored writers of literary fiction.” —Los Angeles Times “[Neugeboren’s] sentences, like Ted Williams’ swing, give the illusion of ease, an illusion made possible only after the exercise of great craft and care.” —Newsweek Award-winning short story writer Jay Neugeboren delivers on his reputation as “a master storyteller.” From the secluded villages in the south of France, to the cattle crawl in the Valley of a Thousand Hills in South Africa, to the hard-knock adolescent streets of Brooklyn, Neugeboren examines the great mysteries and complexities that unsettle and comprise human relationships. In works that are as memorable, engrossing, and exciting as they are gorgeously crafted, Neugeboren delivers on his reputation as one of our pre-eminent American writers. Stories appeared in Plougshares, The Gettysburg Review, Black Clock, TriQuarterly, Columbia Magazine, The Notre Dame Review, Hadassah Magazine. JAY NEUGEBOREN is the author of seventeen books, including two prize-winning novels (The Stolen Jew, Before My Life Began), two award-winning books of non-fiction (Imagining Robert, Transforming Madness), and three collections of award-winning stories. His stories have appeared in The Atlantic, Esquire, Virginia Quarterly Review, Best American Short Stories, The O. Henry Prize Stories, and Penguin Modern Stories.

“Nicholson Baker and Mary Gaitskill’s Frenchkissing cousin.” —Village Voice “Levy is our generation’s D.H Lawrence, Henry Miller and Charles Bukowski rolled into one.” —Inland Empire Weekly “I have come to regard almost everything that happens in human life as a form of therapy.” So muses Kenny Cantor, always dapper in his seersucker suit from the Brooks Brothers 346 collection. Kenny is a CPA, amateur psychoanalyst, and sex-tourist vacationing in Rio when he gets waylaid at a psychoanalytic conference. What ensues is a provocative journey that merges sex and psychoanalysis through Rio’s tawdry netherworld of Sontag-quoting denizens as only an incendiary voice like Francis Levy could imagine. FRANCIS LEVY is the author of Erotomania: A Romance, a Queerty.com Top 10 Book of 2008 and an Inland Empire Weekly Standout Book of 2008. His short stories, criticism, humor, and poetry have appeared in The New York Times, The Washington Post, The New Republic, The Village Voice, and many others. He is the co-director of the Philoctetes Center for the Multidisciplinary Study of Imagination, where he supervises roundtable discussions on topics as varied as “The Psychology of the Modern Nation State” and “Traffic Congestion, Behavior Theory and Imagination.” Rights held: World, Audio

“[Mohr] has a generous understanding of his characters, whom he describes with an intelligence and sensitivity that pulls you in.” —New York Times Book Review, Editors’ Choice

An ambitious, uplifting, and vital new work that underlines Mohr’s relevance as a major American voice. It’s 2003 and the country is divided evenly for and against the Iraq War. Damascus, a dive bar in San Francisco’s Mission District, becomes the unlikely setting for a showdown between the opposing sides. Tensions come to a boil when Owen, the bar’s proprietor who has recently taken to wearing a Santa suit full-time, agrees to host the joint’s first (and only) art show by Sylvia Suture, an ambitious young artist who longs to take her act to the dramatic precipice of the high-wire by nailing live fish to the walls as a political statement. An incredibly creative and fully-rendered cast of characters orbit the bar. There’s No Eyebrows, a cancer patient who has come to the Mission to die anonymously; Shambles, the patron saint of the hand job; Revv, a lead-singer who acts too much like a lead-singer; and Owen, donning his Santa costume to mask the most unfortunate birthmark imaginable. Damascus is the place where confusion and frustration run out of room to hide. JOSHUA MOHR is the San Francisco Chronicle bestselling author of Some Things That Meant the World to Me, and Termite Parade, a New York Times Book Review Editors’ Choice selection.

Eye-popping stories that showcase an assured and exceptionally stylish talent. Baby Geisha is a collection of thirteen sexually-charged stories that roam from the Coney Island Ferris wheel to the Greek Isles. True to Dalton’s form, the stories in Baby Geisha are distinctly imagined while also representing a more grounded approach in the author’s style. There’s the Joan Didionobsessed starving journalist of Pura Vida, struggling to maintain a relationship with her performance artist sisters (or anyone, for that matter), on assignment in Costa Rica to write an article on sloth-hugging. Millennium Chill is about a woman who discovers that her body heat is mysteriously linked to that of an elderly beggar. Baby Geisha serves to underline Dalton’s reputation as a remarkable stylist and a very original artist. Stories appeared in H.O.W., Luna Luna, Santa Monica Review, Birthing Valley of the Blood Poppies, The Lifted Brow, Indiana Review, Ecotone. TRINIE DALTON has authored and/or edited five books. Wide Eyed (Akashic), Sweet Tomb (Madras Press), and A Unicorn Is Born (Abrams) are works of fiction. Dear New Girl or Whatever Your Name Is (McSweeney’s) and Mythtym (Picturebox) are art compilations. She’s written articles for venues such as Bookforum, Paper, Purple, Arthur, The Believer, and Bomb. She teaches book/arts and writing at Pratt and NYU, and is on the MFA Fiction faculty at Vermont College of Fine Arts.

“Browning’s writing is truly sexy. Playful and evocative, it captures the obsessive nature of love in a way few authors manage.” —KGB Bar Lit Magazine First Michael Jackson, then Pina Bausch, Merce Cunningham... is someone killing famous dancers? A witty, creative, and seductive mystery. “I was in Zagreb the day that Michael Jackson died. When I heard the news, the first thing I thought was, That’s it. That’s the first line of my novel. ‘I was in Zagreb the day that Michael Jackson died.’” Gray Adams, a former dancer with the Royal Swiss Ballet at work on his dissertation at NYU, has a theory spurred by countless hours of YouTube-based procrastination: Someone is killing these famous dancers! (And he may bear an uncanny resemblance to Jimmy Stewart, circa Vertigo.) I’m Trying to Reach You is a moving and candid contemporary look at how we process grief, as well as how we love and communicate with one another. BARBARA BROWNING has a PhD in comparative literature from Yale. She teaches in the Department of Performance Studies at the Tisch School of the Arts, NYU. She’s also a poet and a dancer. She lives with her son in Greenwich Village. The Correspondence Artist is her first novel.

“The book feels written in a fever; it is breathless, scary and like nothing I’ve ever read before. Krilanovich’s work will make you believe that new ways of storytelling are still emerging from the margins.” —NPR

“One of 2010’s small-press triumphs.” —The Week With a scathing voice and penetrating delivery, Grace Krilanovich’s The Orange Eats Creeps is one of the most ferocious debut novels in memory.

“What Joshua Mohr is doing has more in common with Kafka, Lewis Carroll, and Haruki Murakami, all great chroniclers of the fantastic. He’s interested in something weirder than mere sex, drugs, and degradation.” —The Rumpus Rights sold: Italy, Audio

THE DROP EDGE OF YONDER novel by Rudolph Wurlitzer 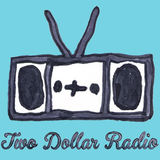