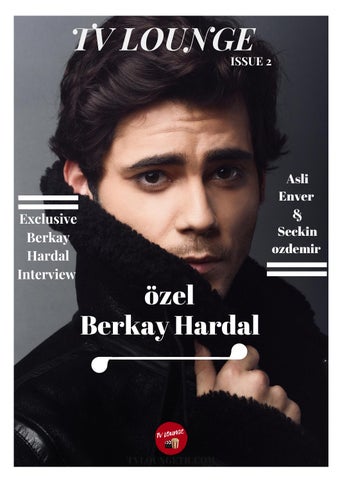 A MESSAGE FROM TVLOUNGETR'S CREATOR To love , to be loved its a beautiful feeling i think it shouldn't be just between two people we should love each other love people don't know love peole fromm all races and relligions because i believe that only love can save us all we nee is love to be happy actually love is just the purest form of happiness happiness that comes to you without thinking so don't celebrate being with people you love just on one day everyday that you spend with them is celebratory , its special . beside my love rant we have another star guest Berkay Hardal loved by many people in a short amount of time he has started this journey strong and in a right way the future can only egt brighter for him hope you enjoy it .Â lots of love *S* Â

ASLIÂ ENVERÂ  Asli Enver talented , sweet , kind , beautiful the list is very long. From her acting to her beauty and kindness every time I am amazed I say "wow" every time , she has such a sweet soul , no ego even though with where she is at the moment many people would have a big ego , many would have lost their honestly with this amount of success . Lets go back and see when she started this sucessful and bright journey of hers . she started her acting career in 2002 she was born in London and lived there until she was 12 . her fame came from a series called kavak yelleri which was on air from 2007 to 2011 asli played as mine ergun who was a interpreter after she just kept on climbing the ladder of success her most recent series is istanbullu gelin which is currently on air she plays as sureyya a young a, talented and independent women and I have to say her exceptional performance blows me away every time she truly makes you believe the story and feelings of sureyya . One of her popular movie roles is zeynep in kardesim benim movie which she played with burak ozcivit and murat boz . since that movie she has gained so many more fans and she deserve them and more . Overall I see asli as a very talented actress of turkey I am so happy to see her at a place she desrve to be and I know that she continue to shien even more brighter .

Seckin OzdemirÂ Seckin Ozdemir the man with eyes like magnet ? :) before writing this post I searched around the web about him and on twitter everyone was talking about his eyes and how the way he looks at people is so attractive . I think his looks are very deep he looks with feeling where as most of us might use our facial expressions to show our feelings , I think one of the features that makes him unique is this beside him being a very handsome man of course . Lets start with his career I have personally followed him since bir ask hikayesi series ( a love story) next I saw him in aci ask , then he came back on or screens in kiralik ask's second season as pamir and now he is starring in this summer's loved series Ates Bocegi . I have to say I always knew that seckin was a good actor but in ates bocegi I really felt he is a very talented actor he has so much to offer both in dramatic scenes and in romantic scenes its going to come across as clichĂŠ but I really can see a bright future for this legendary man . Now let me tell you about his kind personality , recently I have been a close follower of him and his fans and everyday I see how he is such a sweet and kind person especially towards his fans he doesn't have any ego he is him and that is so important when you become famous or someone that people know most people change even if they resist but in my opinion seckin hasn't changed he has kept his personality I know this because when I was wathing he interviews from 2012 for example and comparing it to his interview in 2017 I couldn't see a difference . Beside this his friendship with his partners are also something that fans appreciate and as I have said before I think this is a very important trait to have if you are working in this field . Also you might be surprised if I tell you that he use to work in radio programs and that he has a few songs and his voice is really good so an actor and singer we don't call him legendary for nothing .

TELL US A LITTLE ABOUT YOURSELF

Berkay Hardal , 21 years old and Besiktasli. HOW DID YOU START THIS JOURNEY?

This road started as a surprise and its continuing with suprises what i am doing now is all because of my dear manager muzeyyen karakan she reached me from Instagram and thats how i started this journey. CURRENTLY YOU ARE PLAYING AS MURAT IN ISTANBULLU GELIN IS THERE ANY SIMILARITIES BETWEEN THE TWO OF YOU ?

If i say no it wouldn’t be right we have similar sides the characteristic side helped me . WHAT DO YOU THINK ABOUT MURAT I'VE SEEN THAT HE IS LOVED BY MANY PEOPLE BUT ALSO CRITICISED BY MANY HOW DO YOU SEE HIM ?

I find their anger and criticism towards murat right i am behind them too but as he started to change i find myself close to his feelings and behaviour and i totally agree with him ,when you see the events completely you’ll see the rights in his feelings and actions . IN THE FUTURE WHAT KIND OF CHARACTER DO YOU WANT TO PLAY ?

I haven’t thought of any character I’ve always loved something out of the ordinary i think what i am looking for is a character that is different from ordinary ones .

DO YOU HAVE A SPECIAL TALENT ?

Not special but in football i think i have a big talent my practical intelligence is also affected by this i can quickly analyse and give my decision based on this . WHAT DO YOU LIKE THE MOST ABOUT YOURSELF AND VICE VERSA?

My favourite feature is that i don’t think about others , i don’t move based on what others thing i also like my empathy feeling not so good characteristic could be that i don’t love myself and usually don’t treat myself well . DO YOU REMEMBER YOUR FIST DAY ON SET ? HOW DID IT GO ?

If I’m honest I can’t remember it was a time i didn’t really think about what is going on it just happened it’s hard to explain. YOU HAVE AN ONGOING RELATIONSHIP IF I AM NOT WRONG YOU MEET ON SET IS IT HARD TO WORK WITH EACH OTHER ?

We didn’t meet on the same set we met each other before that and no it’s not really difficult. YOU HAVE A VERY DIFFICULT WORK TEMPO HOW DO YOU SPEND YOUR DAYS OFF?

On my days off i stay at home resting the work tempo is quite tiring but it’s nothing to hold me down.

HOW DO YOU SEE SOCIAL MEDIA IS IT MUST IN YOUR LIFE ?

Maybe if it wasn’t there it would have been better but unfortunately it must be in our life.

WHAT IS LIKE WORKING WITH ASLI ENEVR AND OZCAN DENIZ ?

Working with Ozcan deniz and asli enver is a pleasure of course we have really good relationship with ozcan brother i take his work discipline as an example for myself.

WHAT DO YOU WANT TO SAY TO YOUR FANS ?

I know that they like to watch me and they show that i work to show a performance that they deserve to see i am open to all the criticisms , i am putting in the effort to improve myself.

COSY CORNER what is your favorited food ? Izmir Kofte Is there anyone that you like to act with ? To be honest i haven’t thought about it.

What singer do you listen to the most ? I have a taste in music i think I’ve stayed in the 80’s music . I love listening to turku music ( classic turkish music ) there is not one special singer that i listen to a lot but there is a instrument.

A country you really want to visit It has to be kuba for sure . 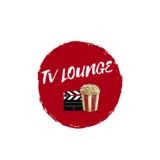