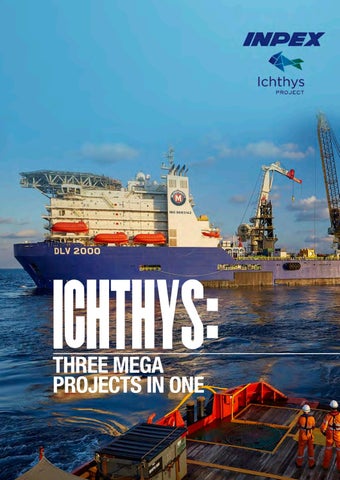 Ichthys: THREE MEGA PROJECTS IN ONE

A mineral asset that can genuinely claim to be one of the biggest finds in its country would be impressive on its own but when that country happens to be Australia, one of the world's most mineral-rich territories? Even more impressive. But that is the claim which is made about the Ichthys LNG Project, located approximately 220 kilometres offshore Western Australia and currently nearly 90% complete. It is ranked as one of the most significant oil and gas projects in the world. Ir is hardly surprising that this is the case given its scale. The Ichthys LNG Project is effectively three mega-projects rolled into one, encompassing some of the largest offshore facilities in the industry,a state-of-the-art onshore processing facility and an 890 kilometre pipeline connecting them. The team behind the project is headed up and operated by Inpex. Its joint venture partners include its major partner, Total, CPC Corporation Taiwan and the Australian subsidiaries of Tokyo Gas, Osaka Gas, Kansai Electric Power, JERA and Toho Gas.

A GAME CHANGER FOR AUSTRALIA The firms behind Ichthys are investing some $34 billion, almost $1,500 for every man, woman and child in Australia. Seldom are such commitments made without considerable forward thinking and the Ichthys Project is no different in this regard. When completed, the project's vital statistics will be quite incredible. It will be the first semi-

submergible platform in Australian waters and will aim to capitalize on the more than 12 trillion cubic fe of energy rich Ichthys fields.

DARWIN AND BROOME: THE ICHTHYS COMMUNITIES

Two cities will gain first hand experience of Ichthys before any of the others. These are Darwin a Broome, respectively the bases for the project's onshore and offshore operations. Each was chos because of particular qualities they bring to the table.

submergible platform in Australian waters and will aim to capitalize on the more than 12 trillion cubic feet of energy rich Ichthys fields. In addition, the field has an estimated 500 million barrels of exploitable condensate. When in full operation, it will produce an estimated 8.9 million tonnes of liquified gas and 6 million tonnes of liquified petroleum per annum.

DARWIN AND BROOME: THE ICHTHYS COMMUNITIES Two cities will gain first hand experience of Ichthys before any of the others. These are Darwin and Broome, respectively the bases for the project's onshore and offshore operations. Each was chosen because of particular qualities they bring to the table. Darwin was chosen from a shortlist of cities Black in September 2008. At that time, Inpex

and its then sole joint venture partner, Total of France, announced the northern territory as the preferred home for its onshore processing facility. Huge gains have been made in the nine years since. Inpex has opened up an office in downtown Darwin, the project was granted full environmental approval - partly through the efforts of that office - and a 3,500 accommodation village was established in Howard Village near Darwin. Two dredging campaigns also served to significantly deepen the city's shipping channel. In addition, the works at Darwin include an LNG processing facility at Bladen Point, which at 361 nĂŠctares will be one of the world's largest of its kind. At all times, the Darwin community has been kept engaged and informed on developments, with some

at 361 nĂŠctares will be one of the world's largest of its kind. At all times, the Darwin community has been kept engaged and informed on developments, with some of them making up the 8,000 strong workforce required to deliver the onshore element of the project. Broome is no less important than Darwin to the success of the project, providing vital support which includes workforce helicopter transfers and areas of logistics. In the current phase of operations, project vessels make up to 7 visits per week to the port of Broome for services and supplies. Understandably, this generates considerable interaction between the Ichthys workforce and the wider Broome community.

POSH a partner of choice in offshore marine services PACC Offshore Services Holdings Ltd. ("POSH") is a leading offshore marine services provider with 60 years of operating experience and specialised expertise in offshore and marine oilfield services. With a young and diverse fleet of over 100 offshore vessels, POSH serves multiple segments of the offshore oil and gas value chain and is reputed to be a best-in-class service provider. POSH operates across four major business divisions: Offshore Supply Vessels, Offshore Accommodation, Transportation & Installation, and Harbour Services & Emergency Response. The company has a highly experienced team that is consistently recognised by customers for their professionalism and firm commitment to operational and safety excellence. Headquartered in Singapore, POSH is listed on the Mainboard of the Singapore Exchange, and is a subsidiary of Kuok Singapore Limited. POSH’s fleet operates worldwide, serving many of the world’s major oil companies and established international contractors in offshore oilfields across Asia, Africa, Middle East, Europe, North and Latin America.

Supporting the INPEX-operated Ichthys LNG project POSH is proud to have supported the delivery and installation of the Ichthys Explorer CPF, the world’s largest semi-submersible platform, and the Ichthys Venturer FPSO. Apart from this, POSH supported the delivery and installation of ENI’s Jangkrik FPU vessel and the Shell Prelude FLNG facility, the world’s largest offshore floating facility. The company’s state-of-the-art 750-pax semi-submersible accommodation vessel POSH Arcadia, was also appointed to provide accommodation support during the hookup and commissioning phase of these projects. The next landmark project is the delivery of the Egina FPSO vessel for Total. The company’s high-powered oceangoing tugs will be towing the vessel from the Samsung Heavy Industries shipyard in Geoje, South Korea to Nigeria. POSH’s participation in these major projects is testament to the company’s reputation of delivering results for their customers. www.posh.com.sg

By one estimate, about 40 hotel rooms a day are occupied at a minimum by people working on the Ichthys Project. â&#x20AC;&#x153;These bases and these employees are going around town spending money in restaurants, with taxis, with accommodation providers,â&#x20AC;? Broome International Airport Group chief executive Paul McSweeney said.

COMMITMENTS ACROSS MANY AREAS

The team behind the Ichthys Project has made a number of commitments to sustainable business practice. Take the environment as an example. It is undertaking a world class environmental monitoring program throughout its construction phase. Reports on progress are made to the Furthermore, a dedicated Inpex logistics local community, various external agencies and base has been established close to the port the authorities. of Broome to support the project's drilling program. Eventually, up to 100 workers may The environmental monitoring reports are highly be transported to the field every day with the comprehensive and the results are currently same number travelling back on return flights. visible to all on the project's website. Monitoring In short, the Port of Broome is set for a serious includes everything from water quality and subtidal sedimentation monitoring, and upturn in business. recreational fishing and fish health monitoring to turtle and dugong monitoring and even underwater noise monitoring.

Another important commitment made by the team behind Ichthys has been to engage with the Aboriginal and Torres Strait Island peoples. These are often under-privileged communities which have been overlooked by government and other stakeholders. The Ichthys commitment to engage with these communities has already led to Aboriginal and Strait Island participating businesses to effectively engage in the construction phase of the LNG Project. An example can be seen in the subcontracting of Rusca Bros Services, a locally owned and operated company, which has been able to extend its service line as a direct consequence of collaborating on the project.

PARTNER FIRMS A project of this scale involves a substantial number of partner firms, providing everything required to ensure that everything runs like clockwork. The full list is beyond the scope of this article but suffice to mention the main partners. The Wood Group has secured a five-year contract to provide subsea engineering services to Ichthys, while onshore operations will benefit from the global experience of Kentz Engineering Pty. Finally, asset management and flange management services are provided by Cameron Services International. Other partners include POSH Terasea, a specialist offshore marine service contractor, which assisted with delivering the 120,000 metric ton Ichthys Explorer and CSE Comsource

Pty Ltd who have developed the considerable telecoms infrastructure required by the project. The list of the largest partners is rounded out with JGC Oceania pty, Baker Hughes Australia Pty Ltd, and Hartac Sales and Distribution Pty, Ltd

A NEW AGE IN ENERGY The ability of Australia to source its energy locally will significantly reduce the traffic currently generated to meet Australia's energy needs. The fact that it can nos turn to a state of the art system with world class environmental monitoring is also a huge bĂ´nus. Until recently, Australia was almost entirely powered by coal, the dirtiest form of fuel known. Thanks to Ichthys, this is soon likely to be a distant memory, with Australia significantly enhancing the sustainability of its energy well into the second half of the 21st century. 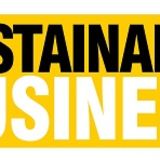