Emily Wichmer/Index Roads throughout Kirksville are riddled with potholes. Mihalevich Concrete Construction, Inc. will fix streets in the community that are in need of repair. The city hired the company to repair roads such as LaHarpe Street, Doyle Way and the roads around The Square.

Kirksville to repair The Square

Kirksville roads are full of peeling tar, large potholes and uneven curbing, but the city’s contractor will begin road repairs for some of the major problem areas. Mihalevich Concrete Construction, Inc. will fix areas including Doyle Way, Cobblestone Lane to McPherson Street, the west LaHarpe Street approach to Franklin Street, The Square, and the intersection of Michigan and Boundary Streets. Public Works Director Glenn Balliew said road repairs are an ongoing issue. Balliew said he decided it was time to take serious action when he noticed a difference in the number of how many Kirksville roads were being fixed and the roads that needed repairs. Balliew said many of the roads in residential areas deteriorated because their sub-bases underneath the asphalt or concrete were shifting or were incorrectly laid down. Some of these roads need to be torn up and rebuilt from scratch, he said. “There’s a whole lot of factors in what streets do,” Balliew said. “If you live in a neighborhood with nice houses but you can’t go down the street, it makes the value in property go down. No one wants to have a bad, ugly road in front of their house. We are working on how to fix that. You have to pay attention to the taxpayers because they pay the bills. That’s who the streets affect.” Mayor pro tem Glen Moritz said there was an abundance of support from Kirksville citizens to fix the roads. Moritz said citizens provide the major source of income for road funding because of the transportation sales tax Kirksville requires that annually raises approximately $1.2 million. He said it is important for residents to know that when enough citizens bring something to the attention of the city council in a positive and respectful way, change can happen.

“Anyone who’s driven around Kirksville knows the roads are a fairly constant issue,” Moritz said. “As a council we definitely get a number of calls about the roads. There is a certain degree of morale that comes from having a city that’s well maintained, looks good and that’s easy to travel over. Each individual in the community really is important. It’s great when citizens give their positive input and write constructive suggestions.” Moritz said many citizens want answers now about when the roads will be done, but there are many factors that come into play, such as weather and financial planning. He said if the temperature drops below 45 degrees, the asphalt and concrete used to build the roads will not set properly. This has created a specific season for road building and a limited time frame that will come to a halt once cold weather arrives, he said. Engineering technician Linda Jepson said there’s also the issue of financial planning. She said it is hard to determine the exact cost of the project because the city still is in the process of bringing in a state expert to grade each of the 120 miles of existing streets in Kirksville and estimate a cost to fix them. Despite these complications, Jepson said she and others at the Public Works Department are working as hard as they can to move the road repair process along. “Currently, we’re dealing with concrete streets that are outdated and beyond their life expectancy,” Jepson said. “Some of the smaller back streets and lower income areas I think have been missed because they’re less traveled and less thought of. We’re trying to tackle those areas. The more people that complain about the street the more likely it is to get repaired. We definitely try to listen as much as we can to see what the real problems are.” Street maintenance supervisor Ray Sandstrom said Kirksville roads continue to crack and split, and the Public Works Department struggles to keep up with all

Emily Wichmer/Index The Kirksville Public Works Department is planning to fix roads on The Square. The department still is determining the exact cost of the project. the repairs. Sandstrom said the department is trying to tackle every problem area even if it takes months, years or decades to complete. “It seems like we keep working harder and harder but we just keep getting further and further behind,” Sandstrom said. “I do think we’re moving forward. We’re putting a plan together to move forward with the council. If everything works out we’ll gain a little bit next year so we can get more life out of our streets.”

Junior Tommy Fieser postponed his Facebook event for a “Pointless Protest,” in reaction to the responses and controversy it has generated. The protest was supposed to take place Sept. 30 on The Quad, but in response to the criticism, Fieser changed the name to Project Positive Propagation, which is a new event. Fieser said he now is rethinking the project entirely but he still wants to get students to critically reflect on their lives. Fieser said he decided to change the name because while it originally was called A Pointless Protest, it did have a point, so the name did not fit the project. “I’m trying to break people out of their everyday, monotonous routine, to think outside the box,” Fieser said. Fieser said some people reacted negatively to his use of the phrases, “Everything is arbitrary — do whatever you care about,” and, “Nothing really matters,” in relation to the project. However, Fieser said what he meant by these phrases is people should spend time doing what they want as opposed to doing things that do not matter to them. Fieser said he finds it interesting that some of the most liberal students at Truman were the people most opposed to the Pointless Protest. He said even though the event did not happen, he is glad it generated so much conversation.

“I’m glad that it sparked controversy,” Fieser said. “I think that’s why we are here on Earth, to experiment with social boundaries and to question every day what it means to live life.” Fieser said he got the idea for the project at a Burning Man event called Interfuse last May. He said his friend, who also was at Interfuse, was walking around with signs that said things like, “Nothing matters,” and, “Why am I here?”

“I’m trying to break people out of their everyday, monotonous routine, to think outside the box.” — Junior Tommy Fieser

Fieser said this was his vision for the Pointless Protest, but after receiving negative feedback, he is rethinking what he wants to do with Project Positive Propagation. He said the Pointless Protest has evolved into this new project, and he is not sure how it will all turn out. He said he hopes to host an event during the next two or three weeks. Fieser said he created this project as part of his work for the True Genius grant, which allows people to work on creative projects. Fieser said he already has completed other projects this year as part of his work for the grant. Earlier this semester, he asked

students on The Quad for synonyms for “awesome,” “beautiful” and “interesting.” He said he then created hearts that say “You are...” with all the synonyms listed, which he hung up around campus. Senior Justin McKean said he learned about the protest through Facebook and wanted to be involved. Even though the project is changing, McKean said he remains interested in participating in it. McKean said while some of the criticism the project received was constructive, other comments were personal attacks directed at Fieser. McKean said he saw some people made comments that others should not associate with Fieser. “It had really good intentions, but people misunderstood where [Fieser] is coming from,” McKean said. “There were many statements made that were worthwhile and much needed for the evolution of this project because Tommy threw it out there without intending to step on anyone’s toes, but he stirred a lot of emotion. He got people talking.” Political science professor Paul Parker said protests typically are used to bring attention to perceived societal problems and often are a reaction to something. “Protests are ways to draw attention to issues that others might overlook,” Parker said. “Protests are often organized to try to spur political action. It is one way of people participating to raise consciousness and affect social change.” 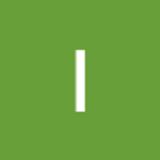