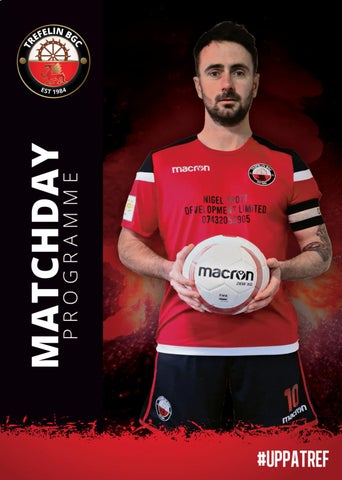 Message From The Chairman When Trefelin Boys and Girls Club was formed in 1984 it had two main aims, to increase participation of young people in sport in the community and to achieve Welsh League status, as I write these notes today I am proud to say not only have we achieved both aims but we have surpassed them in a way not dreamed of when the club consisted of one junior side playing on the local park. As the last ever Champions of the old Welsh League Division 1 we now find ourselves competing at the highest level of football ever achieved by the club and we look forward to testing ourselves in the JD Cymru South Division this year. The Trefelin Journey over the last 36 years has been a team effort and I would like to pay tribute to not only the volunteers who make the club run today but all of those who have played their part throughout our history, your efforts are not forgotten. The improvements you see today at The Ynys Park would not have been possible without the support of FAW Trust via the Welsh Ground Improvements scheme and our main sponsors. The club thanks you for your on going support. At Trefelin we are proud of the development of our young players and our first team squad today will contain a number of players who have been at the club since aged 7, long may this continue. Finally this season is unlike any other due to the public health situation across the world, but we hope we can welcome supporters back to the Ynys Park safely soon. I think you will agree with me when I say it's a special place and the home of a special community club. Steve Green

Managers Notes Welcome back to all players, staff and committee. Sadly no fans but after 9 months without competitive football, one step at a time. I’d also like to extend a warm welcome to Ammanford and Gruff Harrison, with who I have sat in many a stand watching games on a Friday night. Sadly their famous fans can’t be here but hopefully later in season we can see and hear Richie banging that drum. After such a memorable season was cut short due to the pandemic, we are very grateful to have achieved elite status which allows us to get back playing. We are as disappointed that we couldn’t finish last season as we are that this season has been curtailed. But we can’t change what’s been and gone, the season is upon us and we start with a huge test today against what is now a massive club in Tier 2. I’d like to place on record a thank you to the chairman, general manager and committee for making this all possible. Not just Tier 2 criteria but all the COVID protocols that need to be adhered to is no easy feat, they’ve been brilliant through some very difficult times. Also my players, I can only imagine how I would have felt years ago not being able to play for 9 months, desperately awaiting good news and a start date. It hasn’t been easy to motivate them but they’ve been a real credit to the club, each other and themselves. I’m absolutely delighted for them that they get to play competitive football again. Lastly my management team, which we strengthened in the summer bringing in the reputable and popular figure of Andrew Mumford, bringing back the brilliant Michael Chimpy Chaves as a player coach alongside Myself and the ever reliable and knowledgeable Robert Cockings. Their support has been outstanding. I hope both sets of players and coaches enjoy the game, which promises to be a cracker.

About The Club Trefelin Boys and Girls Club was formed in 1984, playing their matches at the local park affectionately known as the 'Plough'. Following the fundraising efforts of the Club and community, we moved to our current home at the Ynys Park in 1996.Trefelin Boys and Girls Club has won numerous honours at senior level, first being crowned Port Talbot League 2nd division champions in the 1990/91 season.

Ammanford AFC was formed in the early 20th century, plying its trade in the Ammanford and District League at Rice Road. The first recorded fixture to date was in 1908/09, when Ammanford Town played a friendly against a Rhondda touring team. In the 1920’s, Ammanford Thursdays played at Caemawr, Betws, before the first Betws soccer club called Betws Blackbirds played on Rice Road with their dressing rooms and headquarters at The Coopers Hotel, Betws during the 1930’s. The committee at that time had the foresight to purchase the playing field and for land to build a club house for £750. It wasn’t until 1949 when Ammanford entered the Welsh Football League, then under the name of Betws. In 1957/58, we finished runners up to Llanelli, before being crowned champions of Division 2 (West) and promoted to Division 1 in 1958/59. We also won the Division 2 cup, beating Division 2 (East) champions Tredomen. On Saturday 22nd August 1959 the club played its opening First Division Welsh League fixture at home against Cardiff City Reserves and won 2-1. At the request of the Welsh Football League, we changed our name to Ammanford Town in 1960. It didn’t take long to stamp our authority on the Welsh League circuit, employing former Liverpool player Roy Saunders to take over the helm in the early 1960’s. This was followed with the clubhouse being built at Rice Road in 1963. In 1964, at a cost of £4,000, a 450 seater stand and new changing rooms were built at Rice Road. From 1966/67 to 67/68 we finished Runners-up to Cardiff City Reserves in consecutive seasons. Our main cup achievement came in 1983/84, where we reached the Final of Welsh Football League Cup, losing to Lake United in the final. In 1992, we amalgamated with Ammanford Athletic to become Ammanford AFC. Unfortunately, in April 2003, a fire destroyed the stand and changing rooms at Rice Road, the start of the demise of the Rice Road ground. Therefore, in 2006 we moved to our new ground ‘The Rec’. Dimensions of the new pitch were 101 x 63 metres. Despite being relegated in 2013/14 due to a Welsh Pyramid restructure, we went on a 15 match win streak to gain promotion back to Welsh League Division Two in 2014/15. We remained in this division for three years before gaining promotion to Welsh League Division One for the 2018/19 season.

Player Watch Name: Sean Hanbury Positon: Forward Previous clubs: Swansea City,Carmarthen Town, Afan Lido What boots do you wear? Nike Vapours How have you been coping without football during lockdown? Not very well, it has been tough! Best opponent both team and player? Player – Jadon Sancho Team – Chelsea U18 How would you describe yourself as a player? Attacking and Direct Football influences? Parents Best all time XI ? Buffon D.Alves Ramos Van Dijk Marcelo Gerrard Xavi Zidane Ronaldinho Messi. C.Ronaldo Why did you take the decision to join Trefelin BGC? After a chat with Richie, Mumf and a few of the players I liked the way they want to play. It’s a well run club with lots of ambition. What are your thoughts for the season ahead? I can’t wait for it to get started. It will be tough as there are some strong teams this year but I think we will be up there challenging at the top of the league. Have you tried the Guinness at the Ynys yet? No, not yet.

A Look To The Future 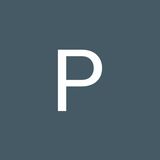