â&#x20AC;&#x153;Despite the many hardships that have been visited upon us in the past century and a half, we understand now, more than ever, the fierce urgency of today and the boundless hope of the future.â&#x20AC;?

t the western edge of the Great Basin lies a vast stretch of high mountain desert with sage covered hillsides, towering rock precipices and majestic mountain ranges. Indian Territory, Nevada, is home to three major Native American tribes: the Washoe, Paiute and Western Shoshone. For thousands of years their ancestors were the stewards of this land. Indian Territory was one of the last major frontiers to be explored and settled by EuroAmericans. This land offered native people the ability to sustain ethnic identity longer than other parts of the country. Even through past tribulations, they have remained strong. The Washoe, Paiute and Western Shoshone tribes still comprise a culturally rich and distinctive ethnic group. Today, the tribes focus their efforts on political and economic change.Tribal members look to the future with hope for a prosperous and environmentally aware society that understands the value of cultural diversity.

According to tribal oral traditions, the Washoe did not travel to the Tahoe area from another place. They were here at the beginning and have always been here. The heart of Washoe land is Lake Tahoe, or Da ow aga, edge of the lake. When the winter snows melted, the spring trip to Da ow aga was an important gathering for the tribe. After reaching the lake, they blessed the water and themselves.

Today, the Washoe share their ancestorsâ&#x20AC;&#x2122; desire to protect Lake Tahoe. Combining traditional and modern conservation practices, the Washoe play a significant role in the protection and restoration of endangered habitats. Their unique knowledge and guardianship of the land and its plants and animals make an invaluable contribution to resource management planning.

Dat so la lee was one of the first Washoe basket weavers who supported herself through her artistry. Her skill left a lasting contribution to Native American basket weaving.

Wa She Shu It Deh

Once a gathering place on ancestral Washoe land, Meeks Bay at Lake Tahoe welcomes each guest as a friend. Comfortable lake front lodging and modern campsites are available. Guests are invited to sunbathe on Tahoeâ&#x20AC;&#x2122;s finest white sand beach, fish for Makinaw trout or take advantage of the boat ramp and water sport facilities. The Visitors Center has a snack bar, convenience store, Native American gift shop, conference room and other meeting rooms. It is also the perfect trailhead for entering the Desolation Wilderness, Sugar Pine Point State Park and other areas related to Meeks Bay Meadow.

Wa She Shu It Deh, Native American Arts Festival, is held at the Tallac Historic Site at South Lake Tahoe each summer. The festival began as an opportunity to promote the basketry of the Washoe tribe and showcase their beautiful fancy basketry. It has since continued to grow and now features basketry demonstrations, music, fine art, photography, dance performances and storytelling. The American Indian Film Institute also presents Native American films throughout the festival.

This annual powwow draws a number of quality native American arts and crafts vendors, and is also a time for alumni, former employees and their families and friends to gather at the former campus. Additionally, this fundraising event is part of an effort to establish the Stewart Indian Cultural Center. The event helps preserve the legacy and history of the Stewart Indian School from its inception to closure with displays of memorabilia, arts and crafts and items relative to the history of the school's past.

The Paiute people called themselves Numu, or â&#x20AC;&#x153;The People.â&#x20AC;? Deeply grounded in their environment, the Paiutes believed that power (pooha) could reside in any natural object including animals, plants, stones, water, and geographical features. They also believed that it resided in natural phenomena such as the sun, moon, thunder, clouds and wind. Today, there are many different Paiute groups living in areas that include Lovelock, McDermitt, Mason Valley, Smith Valley, Pyramid Lake, Reno-Sparks, Stillwater, Fallon, Summit Lake and Walker River. The different reservations and colonies continue to share a common heritage.Working together as a people, the Paiute tribes focus on solutions for a changing world. Continuing involvement in social and political issues has resulted in a stronger voice and influence within Nevada.The tribe looks to courts, schools, industry and agriculture to provide a better life for their children, preserve their traditions, regain their land and realize their hopes for the future.

Every third weekend of September, several hundred American Indians and visitors gather at the Walker River Paiute Tribe reservation in Schurz to participate in a spiritual ceremony that celebrates life and the harvest. The festival’s many events include an Indian rodeo, powwow dance, stick games and pine nut dance. During the pine nut dance, dancers move on sacred ground in a circle around a staff with eagle feathers and tobacco offerings for what is called the pine nut blessing. The spiritual ceremony dates back more than one hundred years to a time when the pine nut was winter subsistence for Great Basin Indians. Today, the dance is a way to honor the tribe's ancestors, preserve native traditions and revive spiritual practices.

Wovoka was a Paiute messiah and originator of the 1890s Ghost Dance movement. Wovoka claimed to have had a vision in which he was instructed to teach a new dance that would restore Native Americans to their old way of life. Today, the Ghost Dance and the vision of this legendary Native American are celebrated at the annual Spirit of Wovoka Days Powwow in Yerington. Held at the end of August, this celebration offers Native American dancing, food, arts and crafts.

Snow Mountain Powwow The Las Vegas Paiute Tribe celebrates American Indian culture with its Annual Snow Mountain Powwow. Dancers in colorful traditional dress, artisans, and singers from across the United States and Canada gather at this three-day event. The powwow offers a unique shopping experience with jewelry, pottery, flutes, traditional Indian music, and baskets available for purchase. Food items include fry bread served with honey and Indian tacos. Some of the best dancers in Indian Territory perform at this event.

Sarah Winnemucca was the first Native American woman to secure a copyright and publish in the English language. Her book was titled, “Life Among the Paiutes: Their Wrongs and Claims.”

The Western Shoshone, like other residents of the Great Basin area, lived in a well-planned, time proven way.The patterns of their lives corresponded with the environment. Using what nature provided, they made everything that they needed from their surroundings. In all of their activities, the people took care not to upset the delicate balance of their unique ecosystem. Because they realized that all parts of life were intricately interrelated, the Shoshone had a deep respect for all things.

Today, many members of the tribe work for local companies and organizations. Young members continue to study the Shoshone language and the tribe is getting more involved with matters relating to their homeland and conservation. These issues include recycling programs and water issues facing this part of the country. Included in the tribeâ&#x20AC;&#x2122;s current communities are many members who went to college and came back to work for the tribe.

I N D I A N TE R R I T O R Y Sponsored by the Ely Shoshone Tribe, the Ely Shoshone Powwow is held each July and features many dancers, singers and traditional events. There are vendor booths where visitors can buy fine arts, supplies and food that includes frybread and Indian tacos. Also taking place at the festivities are a handgame tournament, co-ed softball tournament and horseshoe tournament. Steve Johns

The Elko Te-Moak Powwow is held in October by the Te-Moak Bands of Western Shoshone. This event features Native American drumming, singing, dancing, arts, crafts and games. Hundreds of Indians in colorful regalia dance in the streets of downtown Elko on the first day of this three-day celebration. In addition to open dances, contest dances for a particular style and age group are held and the top winners receive prizes. To compete in a contest, the dancer must be in an outfit appropriate for the competition.

In 1973 the Ely Shoshone tribe leased eleven acres in “The Terrace” subdivision in Ely. It purchased the land outright in 1992. There are now seventeen homes, administrative offices, a gymnasium and a small park at this location. In 1977 the tribe received an additional ninety acres on the southern edge of Ely. Thirty-eight homes were built there in 1985 with five more added in 1996. Two privately owned modular homes were later added along with a community center. The tribe also operates the Silver Sage Travel Center, a new truck stop and smoke shop located on Highway 93 near Ely.

Spring Festival, Duckwater Each June, the Duckwater Shoshone tribe holds their “Spring Festival.” This event includes a barbecue, powwow, hand games, gambling, horseshoe tournaments and more. The powwow is a great opportunity for the tribe and visitors to get together to join in dancing, visiting, renewing old friendships and making new ones. This is a time to remember and share the old ways and preserve a rich heritage. Through the songs and the spirit of the drum, ancestral values are communicated along with cultural integrity and solidarity.

An orphaned child, Johnson Sides was raised by a white rancher. As an adult he was frequently called upon to negotiate between Native American groups and encroaching settlers.

Powwow etiquette: All powwow festivals are alcohol and drug free. Please don’t take pictures or use audio or video recording devices during the flag, prayer or honor songs, and when an individual is honoring a drum through whistle. Guests are asked to stand and remove their hats for certain songs, unless you have an eagle feather in it. It is traditional to show respect to visiting chiefs and elders by deferring to them at virtually all times. Do not crowd around the drummers. Always ask for permission before making recordings or taking pictures of the dancers in their regalia. Children are welcome to enjoy the event but cannot play in the sacred circle. Participants are asked to respect the arena director, head dance man and woman head dancer. If you are unsure who these individuals are, please ask. Follow the master of ceremonies statements during the powwow. For more information please visit www.powwows.com. 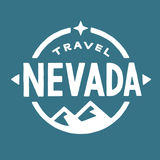