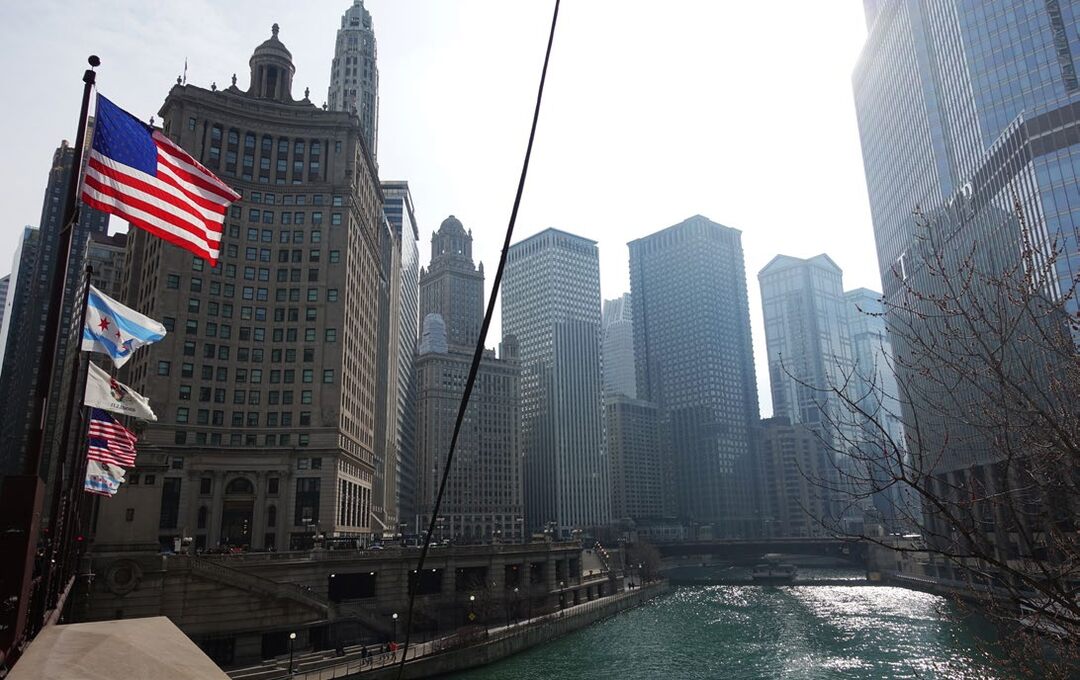 Back at the end of 2017, my first ever job was coming to an end. Rather than apply for an extension or another role, I decided I wanted to step away from the office and go on an adventure.

What followed was a lot of planning, a sad goodbye, and then the craziest few months of my life!

I decided that I wanted to travel around the USA. Im half American and I love the country, so I wanted to see the iconic cities and landmarks. Hollywood, the Grand Canyon, and so much more.

The initial idea was simple. I would head out to New York to visit my Dad, then spend a month or so going around the USA. I’d visit Florida, California, Nevada, and maybe a few other places.

That simple idea got out of hand pretty fast!

I kept adding more stops and fitting in new experiences all across the country. I would go to Chicago for my first concert, spend 2 weeks in Hawaii, go to the massive Electric Daisy Carnival music festival in Las Vegas, and I’d even go on a 3 week camping trip from California to Utah and everywhere in between!

I couldn’t say no! Those two trips, on their own, would be trips of a lifetime. But to combine them with what I already had planned in the USA, it made for something quite extraordinary.

Flying from London was the cheapest option, so I would visit there for a few days first before flying to Chicago. From there, I’d fly down to New York to see my Dad, then go on the cruise to the Bahamas.

After Los Angeles I headed to Washington DC, then New York, and then took off for China. From China, I went over to Hong Kong for a week before making my way back to London and then finally back home to Dunoon, Scotland.

I’d been on a couple of short trips in the past, but nothing of this magnitude, so I was a bit unsure on the packing. I opted to take a large bagpack over a suitcase, and tried to pack lightly. It worked well, however it was too heavy for my back, so I ended up using it as a duffel bag most of the time.

After saying goodbye to my cat and taking some selfies in my very dirty mirror, it was time to head off!

The ferry to Gourock was smooth and scenic, but there was a bit of a panic on the other side. All Gourock to Glasgow trains were cancelled. Did not account for that. Thankfully, I managed to sneak onto the last train heading back to Glasgow Central for repair. Not only was it an express train (literally no stops on the way), but it was also free! Well, almost. I had to pay on exit, but it was discounted!

London is the largest city and capital of England, UK. It has a population of 8 million, making it the largest city in all of Western Europe, and it sits with New York as one of the most powerful financial centres in the world.

I wasn’t really too interested in going to London. I mean it was the UK’s capital and all, and I’d never been before, but there was nothing there that I wanted to see enough to warrant the trip down.

However, due to the size of Londons airports, I found that the flights of out there were so much cheaper than Glasgow or Edinburgh. Flying from Scotland to Chicago would actually cost me more than going down to London, staying for a few days, and then flying out from there.

I saw this as an opportunity to visit London for ‘free’, so I thought I’d open my horizons and go for it! I opted to get the train down from Glasgow as I love trains, and I already had enough flights planned.

The train ride was as nice as expected. I got into London quite late, and then took the Underground up to my hostel at Swiss Cottage.

I found the Underground to be a great transport system. It was run well and easy to use, but it was so expensive! After I was done cursing about paying nearly £5 for a single tube ride, I was at my hostel.

It was a 22 mixed bed dorm, and my first time in a hostel. I booked a lot of hostels on this trip, mainly because they were always 10x cheaper than a hotel. I thought I might like them.. but I was wrong. The dorms were noisy and uncomfortable, there was no privacy, and I didn’t feel safe leaving my belongings in them during the day.

The hostels weren’t completely bad. They are great for meeting people and saving money, but I enjoy my privacy and alone time too much to care for them. Still, it allowed me to save money to put towards great experiences, so it was worth it!

While in London, I wanted to see some of the sights I’ve always heard about. Westminster, the London Eye, Buckingham Palace, Tower Bridge, ect. I spent most of my time in the city walking around and checking all these places out, while also getting to grips with my new camera. A Sony RX100V I’d purchased the week earlier.

I actually ended up liking London more than I thought I would! The history was interesting, the food was good, and it was generally a nice place to be! I’m sure I’ll be back again in the future.

Standing at 310m tall, the Shard is London and Western Europes tallest building.

Construction began in 2009, and finished in 2012, just in time for the Olympics. The building has 82 floors, most of which are offices, however floors 68-72 hold indoor and outdoor observation decks, giving incredible views of London. On a clear day you can see as far as 40 miles into the horizon!

I was debating on whether I wanted to go up during the day or at night, but I realized there was no time limit.. so why not both! I went up at 5pm and stayed through sunset. Sadly it was a pretty cloudy and gloomy day, but the views were still amazing!

I especially loved seeing the curves of the River Thames and watching all the ships sail up and down it.

Originally opened in 1894, the Tower Bridge is one of Londons most iconic landmarks.

The towers are 65m tall, and hold a number of different educational exhibits and viewpoints. It was originally built to ease traffic in the city, while still allowing for large ships to sail down the river. It is able to do this with its famous raising bascules! Nowadays, the bridge is raised around 850 times a year.

The thought of going into the bridge and walking along the glass walkway at the top was tempting, but I decided to skip on it. The view would have been a let down after the Shard anyways! Still, I did love looking at the bridge.

I think it looks great, and it was my favourite part of London. I was even lucky enough to see it get raised one night as I was passing by!

Home of the Queen

Buckingham Palace has been the official residence of the British Monarch since 1837.

The palace has 775 rooms, including 19 state rooms which are used to host guests. Queen Elizabeth II normally resides here, although she does visit Windsor Castle most weekends, and will to up to Balmoral Castle in Scotland during the summer.

The Palace is a huge tourist attraction, especially with the changing of the guard, which involves the replacement of the onsite Queens Guards accompanied with a marching band and parade.

I was a bit skeptical of the guards and their funny hats. Their rifles aren’t loaded, and they seemed like just another tourist attraction. However, they are real soldiers, and there was a second presence of armed police at the palace, who’s guns were very loaded!

This story is from:
London - USA - China - Hong Kong 2018
by TravellingTabby