Popular Cities in Spain Spain is the 29th most populous country in the world, and in order to reach that ranking, it has quite a few major cities that have very large populations. The biggest city in Spain is Madrid, which has a population of over 3.2 million. It is one of the oldest countries in Europe, located on the beautiful Iberian Peninsula.

Spain is also one of the most populous countries in Europe with around 46 million people. Spain is a country with a low and flat coastal plain around its vast coastline surrounded by the Mediterranean Sea and the Atlantic Ocean. Spain is also a very urbanized county, with almost 80% of the population living in urban areas, while the remaining 20% of the country live in the rural parts of Spain.

List of Popular cities of Spain 1.Barcelona Barcelona is the second largest city in Spain. Its metropolitan area has a population of about 4.5 million. This former Roman city is now a center of culture and one of the biggest tourist destinations.

Barcelona is located on the Mediterranean Coast and is the capital and the most populous city of Catalonia. Barcelona is known for its economic, trade fairs and exhibitions, culture, and sports. Famous attractions such as the Gaudi buildings, La Sagrada Familia and Las Ramblas. 2. Granada

It is Located at the foot of the Sierra Nevada Mountains, Granada is the capital of the province of Granada. Granada is one of the major educational centers in Spain, home to the University of Granada, which attracts students from

around Spain. The city has some of the most renowned buildings that showcase the ancient Islamic culture of Spain. Granada is Home of the magnificent Alhambra Palace, Granada is a beautiful city full of character and they have plenty of free tapas bar. 3. Seville

Seville is Spainâ&#x20AC;&#x2122;s third largest city and the capital of the Andalusia region. Sevilla is the capital of Andalucia. It is an amazing, colorful place full of history. It is widely regarded as the home of classic flamenco dancing and has become world famous for it. Seville also holds the designation of being the hottest metropolitan area in Europe .Within its Old Town alone, Seville is home to three different UNESCO World Heritage sites. People from Sevillen are called Sevillanos. 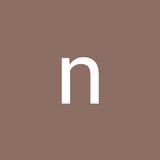 Spain is the 29th most populous country in the world

Spain is the 29th most populous country in the world