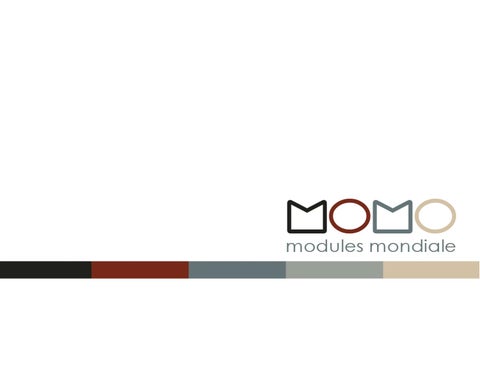 As an Indian, born in Austria, brought up in California, now studying in Italy, I am the prime example of the internationalism seen today. With this internationalism comes a hunger for the knowledge of foreign culture, foreign tradition, foreign people, and foreign food. This interest in eating international cuisines then extends to the cooking of these dishes in oneâ&amp;#x20AC;&amp;#x2122;s home, necessitating a culturally customizable modular kitchen at home in an urban setting. Although it is still most common for the inhabitants of a particular country, such as India, to cook traditional foods at home, these countries have seen a great increase in the number of restaurants serving international cuisine. As the awareness and interest of international foods increases both in India and across the globe, so does the interest in pursuing these recipes in oneâ&amp;#x20AC;&amp;#x2122;s home. An Indian living in Europe might not only want to recreate the

traditional food of their origins, but also experiment with Chinese stir-fry noodles, Mexican burritos, and Italian pizza. At the same time an Italian living in America may want to try Indian tandoori chicken and naan, while an American in Italy wants home-made Swedish pancakes. There are particular appliances and utensils used for the creation of these cultural dishes, and these require certain kitchen features that allow for their use and storage. As a modern day design solution to this demand, I propose a modular kitchen composed of individual, customizable units, including appliances and utensils taking root in the requirements for preparing Indian cuisine, but branching out to multicultural cuisines.

The design consists of four modern units, each customizable within certain parameters. The client will be able to order one, two, three, or all four modules that complete the modular kitchen, and customize each in its form and aesthetics. This allows for the client to import the pieces necessary to build their own international kitchen, whether it be a singular stovetop unit, preparation unit, cleaning unit, refrigeration and storage unit, or a unique combination of the parts. In its form one is able to choose modules as necessary, and to exclude optional items associated with each module. This kitchen system is flexible enough to accommodate individual requirements and has been designed to provide enough space for every conceivable kitchen appliance and utensil necessary. The design provides generous countertop, shelf, and cupboard space so that everything has its place.

In its aesthetics a client would choose the finish based on individual tastes, and what works best within their homes and existing space. Every finish and unit is simplistic and elegant, projecting no aesthetic signature upon the space, and instead concentrating on a sense of discretion. Seamless in its design, flexible in its form and its function, my modular kitchen aims to accommodate the needs of international cuisines, having allocated space for various cooking utensils and appliances. As such, it aims to be accommodated in a range of international homes. Beginning with the many requirements of traditional Indian cuisine, and extending to the international cuisines including European, Asian, Hispanic, and American, this design answers the multicultural needs of individuals today, providing them with culturally customizable modular kitchens for urban settings.

A pull-out trash dispenser is hidden in lacquer cabinetry

Stainless steel knobs control gas and water supply and are in-set being flush with adjacent parts.

Modules one and two can be composed as an island unit

Module two is composed of a large counter top space, a combination double sink, and a garbage disposal pull out. The combination double sink has one small sink and a second larger sink to accommodate the preparation of a variety of produce, as used in various cuisines. The trash unit comes with a large bin for the disposal of garbage, and a smaller bin for the disposal of recyclable items.

Module three is a singular unit composed of a double sink with adjacent dishwasher. The dimensions for this double sink are large and deep in order to accommodate the range of pots and pans used to cook Indian cuisine. There is countertop space for appliances with incorporated cupboard space for the storage of these appliances. This separate counter space is necessary because of the many appliances such as hand blender, electric blender, roti maker, food processor, and rice cooker used to prepare Indian dishes.

Module four is made up of four separate units each with different functions. The first is a specialized storage unit which includes an integrated pot rack for the hanging of various sized pots and pans, as well as two different sized pull out drawers for the placement of heavier pots and pans. The second is a unit for the storage of dishes. The third is a unit with integrated microwave and convection oven, both optional, making this unit entirely optional. The fourth unit contains integrated refrigeration. The fourth module was designed to accommodate the cuisine requirements of many nationalities. 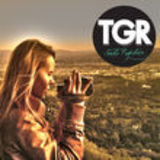