It was dark outside. Most autumn days in London are. My friend and I walked towards the concrete monster that is Balfron Tower in East London. Having known of the building for years, I was excited to finally go inside. I opened the front door and was was quickly overwhelmed by the smell of stagnant air. Empty beer bottles, bongs and rubbish were scattered through the corridors. Even though the building was more than half empty, we quickly realised that its communal areas had become a place for drug addicts to hang out.

We had come to check out ErnĹ&#x2018; Goldfingerâ&#x20AC;&#x2122;s masterpiece, just months before the last 35 housing tenants were evicted by the authorities. Those we met inside were sad. Some had been in the building for decades - others had moved in more recently. Many were squatters. The building looked harsh from the outside, but I soon learned that it was a considered home to many. I took photos of the corridors, the staircases and the bedrooms. At this stage of my photography, I was too shy to photograph those who lived there.

Walking from Balfron that afternoon, I finally began to understand the complexity of large scale urban ‘regeneration’. I’d worked as an urban planner for years, but I’d never really thought about the people who are forcefully evicted from a home. I mean, I’d thought about them... But I’d never really ‘thought’ about them. Would they be happy in their new neighbourhood? Would the elderly, have to move away from the local doctor? Would school children need to change schools? Communities are formed over decades… generations, even. A quick decision from above can drastically change the lives of those in overnment housing. Unfortunately, they are often the most vulnerable.

I returned to Balfron a year later. Outside I met a man outside who took me upstairs. He was the last remaining tenant. The rooms were now empty. The smell of stagnant air was even worse. He lived in this building entirely on his own. As I walked Balfron’s dilapidated corridors. I realised I was one of the last people to walk inside before Balfron Tower becomes something entirely different. The Tower is now undergoing a major refurbishment, and its apartments have been sold off to some of London’s wealthiest. These photographs capture this iconic building during the midst of significant change.

Balfron Tower’s architect was a man named Ernő Goldfinger. Born in Hungary in 1902, he moved to London in the 1930s and became a key component of the modernist architectural movement. Ambitious to help house millions of Londoners after the were destroyed in the war, Erno was commissioned by the government to design a number of high-rise tower blocks in the city. Trellick Tower in the city’s west, and Balfron Tower in its east are his most iconic. His buildings were unpopular in the late 20th Century, but have become appreciated over the last couple of decades. Despite what is often considered an ugly aesthetic, they are admired for their intention to provide the city with a public good.

The residents Many of Balfronâ&#x20AC;&#x2122;s tenants had been in the tower for decades. They knew the building, their neighbours, and were engrained within the neighbourhood. From 2006 they began to receive letters from the Housing Association about their possible eviction. Details on when, or how, this would occur was not given. Many lived the next decade in uncertainty. One elderly resident wrote in 2010, â&#x20AC;&#x153;[I] see my flat, my home, as a safe haven with memories of my brothers, and an inspirational, poetic view that has helped me through very difficult times. I have lived... with the worry of losing my home. I am writing to ask you to reassure me about my home and our community.â&#x20AC;? By the time I visited the tower for the second time in 2016, all but one of the 300 tenants had been evicted. 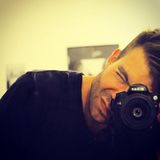