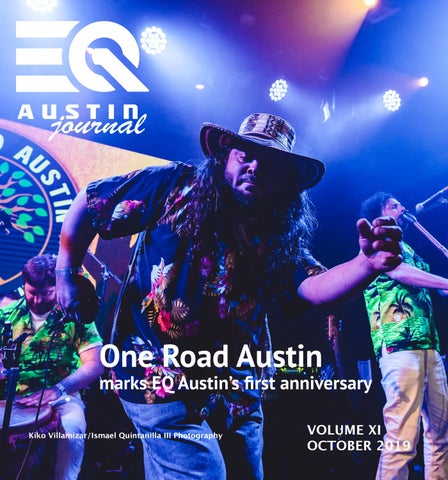 KLRU amplifies the stories that really matter to our community. Hosted by Judy Maggio. Join the conversation on our Facebook page at facebook.com/decibelatx

Sam Houston is remembered today primarily for his activities in Texas, but in fact he was also a giant of the frontier and a dominant American political figure in the 1800s.

The focus of the evening will be on the employment Fridays at pm of people in Austin who challenges and7:30 successes have disabilities. except 8/16 and 8/23

Through interviews with historians and family members, site excavations and dramatizations, the film explores this tragic story.

Downton Live! Host Deborah Roberts along with cast members and creators for a celebration of the beloved series Downton Abbey and a sneak peek at the upcoming film.the stories that really matter KLRUfeature amplifies

to our community. Hosted by Judy Maggio. Join the conversation Facebook page at Sunday, 8/18, on at our 8 pm; facebook.com/decibelatx

Oct.KLRU-TV, 3rd at 7:30 pm PBS is community supported. More Oct. 4th at85% 9 pmof our funding comes from the public. Fridays at 7:30 pm Austin than PLEASE CONSIDER INVESTING IN KLRU.

KLRU-TV, Austin PBS is community supported. More than 85% of our funding comes from the public. PLEASE CONSIDER INVESTING IN KLRU.

One Road Austin returns to Antone’s October 30 This year’s music concert titled ONE ROAD AUSTIN: Songs Of Love, Equity & Soul will showcase over 20 Austin artists and bands performing popular selections from classic legends such as Sam Cooke, The Beatles, Joni Mitchell, Marvin Gaye and Santana. The show spotlights Austin’s diverse music community and marks the first anniversary of EQ Austin on Wednesday, October 30 at Antone’s. Artists confirmed to appear include Kalu James, Como Las Movies, Tomar Williams of the FCs, Vallejo, Deezie Brown, Kiko Villamizar, Nagavalli, J Soulja, The Watters, Roland of Roots Riddim, Lesly Reynaga, Jai Malano, Haydn Vitera, Stephanie Bergara of Bidi Bidi Banda, Curtis Lee, Johnny Goudie of Skyrocket, Josh Ross of Black Heart Saints, and a special performance by School Of Rock Austin plus special surprise guests. “This time around, we wanted to feature songs in the show that had more of a message about love and unity, but present it through the inspiring and soulful classics that everyone has cherished for years,” explains music director Alex Vallejo.

Tomar Williams/ Arnold Wells Photo The event is being produced by EPS Presents (Event Production Services) benefitting EQ Austin, a community based non-profit organization with a mission to stimulate cultural representation in the creative sector. Tickets are on sale now at Antone’s and online at oneroadaustin.com. Doors open at 7 p.m. and show starts at 7:30 p.m. Tickets are $10 in advance or $15 at the door. The concert is sponsored by School of Rock (Southwest Austin) & 512 Studios Live.

For tickets and more information, please visit oneroadaustin.com. EQ Austin Journal is an online monthly for “ALL of Austin” that highlights the local music and creative industry, mirroring our community’s demographic profile. Since its establishment in 2008 as TODO Austin, the publication highlights our multicultural heritage and stories covering every ethnic community.

Support Gary Clark Jr., Ley Line and more local acts at ACL Fest Gary Clark Jr. (Saturday, Oct. 5 and Oct. 12) Gary Clark Jr., one of Austin’s most recognized singer-songwriters and guitarists of this era, makes a comeback to ACL Fest since 2015. With the release of his third studio album for Warner Bros. Records, “This Land,” earlier this year, Gary Clark Jr. has established just how much stylistic variation he has at his command. Clark grew up watching music television, Austin City Limits in particular, where he was inspired by legends such as Buddy Guy, B.B. King, Bonnie Raitt, and Jimmie Vaughan. As a barely-teen prodigy, he was making his way out in to the real world, being mentored by Austin club owner Clifford Antone as he hooked up with every available local legend. Years later, he has gone on to collaborate with Alicia Keys and Childish Gambino, opened shows for the Rolling Stones and Foo Fighters, played for the Obamas at the White House, performed alongside Dave Grohl and Joe Walsh as well as Beyoncé and Ed Sheeran on TV specials. Alesia Lani (Saturday, Oct. 5) Few rising stars shine as bright as Austin’s own Alesia Lani. The award-winning singer has two albums under her belt, boats a resume that includes sharing a stage with legends such as George Clinton and The Ohio Players, and playing festivals such as 35 Denton and South By Southwest. Alesia brings a blue-collar work ethic to her career, spending countless hours in the studio, and is known for delivering elite live performances made for primetime. The momentum continues to grow behind this starlet as she dazzles on her musical journey. Jane Ellen Bryant (Friday, Oct. 11) Jane Ellen Bryant is a name that has quickly become well-known and adored in the Live Music Capital of the World. Like many of her musical idols (Sheryl Crow, Joni Mitchell, Jenny Lewis), Bryant has a unique voice and undeniable songwriting style that instantly sets her apart. Her music feels familiar, yet fresh. Her lyrics speak directly to your soul, the musical “hooks”

Gary Clark Jr. in New Orleans (AP Images) leave you humming and her rare vocal control will either have you rocking a head bang, or wiping away a tear. Winner of “Best New Band” and “Best Female Vocalist” at the Austin Music Awards, Bryant and her passionate performances continuously leave listeners begging to know more about this mesmerizing songstress. Ley Line (Sunday, Oct. 13) Four voices coalesce, rooted in rhythm. The women of Ley Line transcend language and genres to create a sound that seems to emerge from deep within the earth. Dynamic harmonies run like a current through textures of stand up bass, guitar, ukulele and percussion. Raised on the North American traditions of blues, folk and soul and inspired by their world travels, Ley Line creates a global soundscape; blending rhythms and influences from Brazil, Latin America and West Africa. Ley Line is the musical merging of two duos. Austinites Kate Robberson and Emilie Basez met twin sisters Madeleine and Lydia Froncek at the Telluride Bluegrass Festival in 2013. Since reuniting in Austin in 2015, Ley Line has been weaving together their individual journeys into a collective vision. Through intimate live performances and multilingual lyrics, Ley Line’s music inspires connection across the peaks and valleys of the human experience.

The power of the playlist By Reenie Collins, Executive Director at HAAM Life has a way of throwing things at us, whether it be a new love, a job change or a health crisis. Music, fortunately, is a powerful antidote, a way to reset our brains and tap into our inner strength. Last month, I experienced the “power of the playlist” when I traveled with my daughter to Baltimore for a much-needed surgery. Naturally, we were all scared. My daughter decided to create a “kick-ass” playlist with songs that made her feel calm and strong. I won’t lie and say it worked 100 percent, but it lifted our spirits and got us through a really scary time.

beyond the basics and offer HAAM members a comprehensive package of medical, mental health, dental, vision, hearing and wellness benefits. Wondering how you can help keep music in Austin alive and well today and for generations to come? Pay a cover to see your favorite band perform, be generous with the tip jar, tell a musician how much you love what they do and of course, keep supporting HAAM in any way you can! Rock on,

Music is a gift that changes the way we feel the moment we hear it. And in Austin, we are so lucky to be able to hear music LIVE every day of the week. It’s tempting to think our favorite musicians live glamorous and financially lucrative lives. But that hard truth is, they don’t. Most musicians in Austin hold down several jobs to make ends meet. There’s no extra money to pay for a sudden medical emergency or illness, not to mention a yearly physical or dental visit. That’s where HAAM comes into play, connecting 2,600 musicians each year to health coverage for emergencies, illness and important preventive care. Working with our partners, we’re even able to go

Women in Austin Music Fest was created in 2018 with the mission to uplift women in the Austin music industry and Austin working musicians by making sure they are the focus of the festival and are compensated a fair wage, regardless of their gender. An important part of the festival is to promote diversity and relationship building, making sure the bands represent different communities in Austin. The Women in Austin Music Fest seeks to advance equity in the music business. The Fest will feature Indimaj Middle Eastern Group (6 pm); Paula Maya + Brazilian Soul (6:50); and Leti Garza Y La Banda (8 pm). Emceed by Sarah Rucker of Full Gallop and presented by Yellow House Records and One-2-One Bar 1509 S. Lamar Blvd. 6-9pm. $10 via holdmyticket.com. --------------------------------------------Independence Brewing’s 15th Fiesta features special beers you can only get during the party; food from Crossroads: Farm to Truck; and music by Mariachi Las Coronelas, Los Callejeros De San Anto and El Tule. Saturday, October 19 at noon – 10 pm. Independence Brewing Co. 3913 Todd Ln. Ste 607. --------------------------------------------John Arthur Martinez celebrated the release of his 14th album of original music and some covers, “For the Love of Western Swing (& Other Love Songs),” recorded in Austin at Jumping Dog Studio. While the recording features his bandmates and regular touring musicians on every track, there are cameos by Walt Wilkins of the Mystiqueros; Max Baca and Josh Baca of Grammy-winning Los Texmaniacs; Ernie Durawa of The Texas Tornados; Floyd Domino, formerly of Asleep at the Wheel and George Strait recordings; Pauline Reese; Mike Blakely; Rojas El Guitarrista; Tina Wilkins; and Bobby Flores. His band (Tejas) members are Chris Reeves, Luiz Coutinho, Mark Epstein, and Kevin Hall. For more about JAM and this CD, visit johnarthurmartinez.net. --------------------------------------------Tickets for Hutto Olde Tyme Days festival are available for entertainment by Jordan Matthew Young Band, opening for Rick Trevino, with the after party by Suede Austin. East Street in Hutto on October 19, 6-11:30 p.m. cm.huttochamber.com.

The exhibit will be on display through December 14. A free opening reception celebrating all participating artists will be held on Friday, Oct. 4 from 6-8 p.m.

Every year, the ESB-MACC opens its community gallery to the public to create ofrendas or altars for Día de los Muertos. This year, the altars inside the gallery will honor Latino/a veterans. This opportunity is extended to any group, family, or individual. To participate, please fill out this Veterans Altar Application. The altars will be constructed in mid-October and will be presented to the public on October 18 in a public opening reception. CBS Austin/ Telemundo will be interviewing Latinx veterans and their families during the week of Oct 14-18 as they create their altars. If you or someone you know would like to be interviewed about their veteran experience, please reply to this email or call us at 512972-3772. ¡Se habla español! 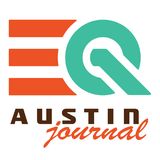