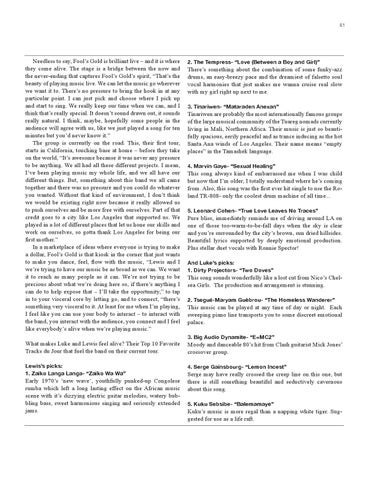 Needless to say, Fool’s Gold is brilliant live – and it is where they come alive. The stage is a bridge between the now and the never-ending that captures Fool’s Gold’s spirit, “That’s the beauty of playing music live. We can let the music go wherever we want it to. There’s no pressure to bring the hook in at any particular point. I can just pick and choose where I pick up and start to sing. We really keep our time when we can, and I think that’s really special. It doesn’t sound drawn out, it sounds really natural. I think, maybe, hopefully some people in the audience will agree with us, like we just played a song for ten minutes but you’d never know it.” The group is currently on the road. This, their first tour, starts in California, touching base at home – before they take on the world, “It’s awesome because it was never any pressure to be anything. We all had all these different projects. I mean, I’ve been playing music my whole life, and we all have our different things. But, something about this band we all came together and there was no pressure and you could do whatever you wanted. Without that kind of environment, I don’t think we would be existing right now because it really allowed us to push ourselves and be more free with ourselves. Part of that credit goes to a city like Los Angeles that supported us. We played in a lot of different places that let us hone our skills and work on ourselves, so gotta thank Los Angeles for being our first mother.” In a marketplace of ideas where everyone is trying to make a dollar, Fool’s Gold is that kiosk in the corner that just wants to make you dance, feel, flow with the music, “Lewis and I we’re trying to have our music be as broad as we can. We want it to reach as many people as it can. We’re not trying to be precious about what we’re doing here so, if there’s anything I can do to help expose that – I’ll take the opportunity,” to tap in to your visceral core by letting go, and to connect, “there’s something very visceral to it. At least for me when I’m playing, I feel like you can use your body to interact – to interact with the band, you interact with the audience, you connect and I feel like everybody’s alive when we’re playing music.” What makes Luke and Lewis feel alive? Their Top 10 Favorite Tracks du Jour that fuel the band on their current tour. Lewis’s picks: 1. Zaïko Langa Langa- “Zaïko Wa Wa”

There’s something about the combination of some funky-azz drums, an easy-breezy pace and the dreamiest of falsetto soul vocal harmonies that just makes me wanna cruise real slow with my girl right up next to me. 3. Tinariwen- “Mataraden Anexan”

Tinariwen are probably the most internationally famous groups of the large musical community of the Tuareg nomads currently living in Mali, Northern Africa. Their music is just so beautifully spacious, eerily peaceful and as trance inducing as the hot Santa Ana winds of Los Angeles. Their name means “empty places” in the Tamashek language. 4. Marvin Gaye- “Sexual Healing”

This song always kind of embarrassed me when I was child but now that I’m older, I totally understand where he’s coming from. Also, this song was the first ever hit single to use the Roland TR-808- only the coolest drum machine of all time... 5. Leonard Cohen- “True Love Leaves No Traces”

Pure bliss, immediately reminds me of driving around LA on one of those too-warm-to-be-fall days when the sky is clear and you’re surrounded by the city’s brown, sun dried hillsides. Beautiful lyrics supported by deeply emotional production. Plus stellar duet vocals with Ronnie Spector! And Luke’s picks: 1. Dirty Projectors- “Two Doves”

This song sounds wonderfully like a lost cut from Nico’s Chelsea Girls. The production and arrangement is stunning. 2. Tsegué-Maryam Guèbrou- “The Homeless Wanderer”

This music can be played at any time of day or night. Each sweeping piano line transports you to some discreet emotional palace. 3. Big Audio Dynamite- “E=MC2”

Serge may have really crossed the creep line on this one, but there is still something beautiful and seductively cavernous about this song. 5. Kuku Sebsibe- “Balemamaye”

Kuku’s music is more regal than a napping white tiger. Suggested for use as a life raft. 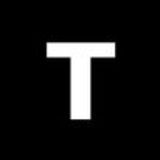