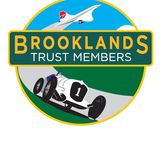 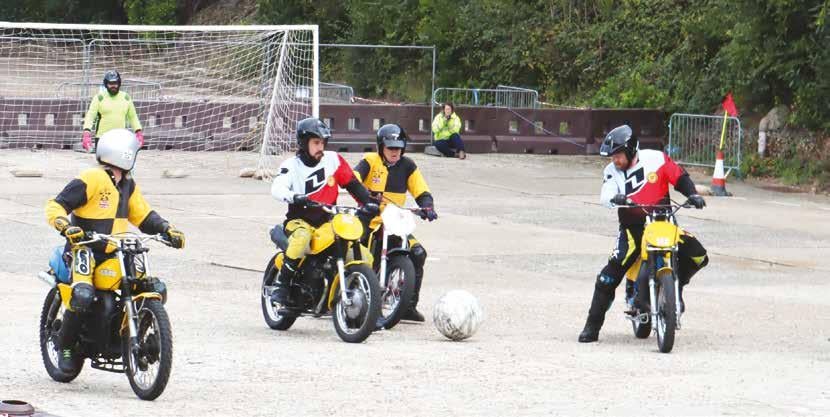 In 1929, as well as running Marendaz Special cars at Brooklands, Marcus Marendaz surprised everyone by appearing there in a 4.6-litre, sixcylinder Graham-Paige. His change of direction was significant, as he had formed an alliance with the American Graham-Paige company, whose London premises were in the same building as Marendaz at 1-3 Brixton Road. Graham-Paige was the manufacturer of large engine capacity cars, many thousands having been sold in the United States and they may have seen the opportunity to use the experience of an organisation well versed in turning and racing to obtain some publicity in England. An expansion of their activities into the United Kingdom seems strange given the restrictive horse-power based taxation system, but one supposes that in view of the quantities of upmarket Rolls-Royces around, they must have decided there was a market for their products. It’s not known how many cars they sold and it is assumed that Marcus Marendaz’s involvement was essentially promotional, to show off the capabilities of these impressive cars.

The marque was not well known for racing success even in the States and the car as it appeared at Brooklands, a six-cylinder open fourseater, was not closely similar to the model 621, Royal Sportsman’s saloon, on which it was based. Marendaz seems to have been given or lent two

cars, the six-cylinder, dark blue open tourer of 4,634cc engine capacity and a model 835 sedan (closed saloon) straight-eight of 5,297cc. His starting point was an attack on the Class B (5,000- 8,000cc) 200 kilometre and 200-mile records in the eight-cylinder saloon, which he gained at 76.97 and 77.77mph respectively on 26th March 1929. Motor recorded that the car ran with full equipment including two spare wheels. Captain A G Miller in a Delage I (5,954cc) retook both records in April 1929 at 93.06mph plus the 200km and 200-mile marks, spurring Marendaz on to greater efforts. These involved a major rethink and it wasn’t just the two spare tyres on the Graham-Paige that were ditched, but the entire body – a new, very smooth two-seater body being specially built. With these changes and a replacement engine, success was achieved on 18th July 1929 at 93.87mph for 200km and 92.52mph for the 200 miles, but only just beating Alastair Miller’s speeds. Next up was an outing to Montlhéry with the smaller six-cylinder car for more record breaking, it having run in a couple of races at the Brooklands Whitsun meeting, achieving a third.

at 87.5mph – a prodigious effort over two days, although the records didn’t stand for very long. On its return to England the six-cylinder car was once again on the Track at Brooklands, with no placings, but the eight-cylinder car with the lightweight body achieved a first and a second with Marendaz driving. Record breaking for the year was not yet over and immediately before Christmas Marendaz, Tulloch and Veendam set off for Montlhéry again with the eight-cylinder two-seater, returning successfully with the 2,000 and 3,000kms, 2,000-mile and 24-hour Class B records, the last gained at 86.36mph.

In more recent times, writing to the author, Marcus Marendaz said: ‘I took the World Class B International 24-hour and other records on Christmas Eve 1929 and arrived back in London on Christmas Day after crossing in a howling gale, sharing the ship standing on its end with the only

other passenger – a Frenchman of about my own age – whose command of the filthiest words in the English language were an inescapable education, the like of which I have never heard before or since. We both remained on our feet the whole voyage. My haste to return to England was entirely due to one of my mother’s rare journeys to spend Christmas with me.’

This was the third 24-hour record that Marcus Marendaz had achieved. In the 1970s his strap line on his headed notepaper read: ‘The only cars on earth that have ever obtained three worlds international 24-hour records – among hundreds of other successes.’ A claim that was nearly true, only two of them having been gained on a

Marendaz Special car, the third being on a Graham-Paige. Other quibbles could be made, but in general his successes should be rightly applauded.

Marendaz ran the big eight-cylinder car at two meetings early in 1930, his best placing being a third, before he broke his leg in May whilst driving when a flywheel came loose, the details of which car this was not being known. This put an end to his Track efforts for the rest of the year, but in December 1930 he returned to Montlhéry with the eight-cylinder car to attack some shorter records, accompanied by Mr E L B Veendam from Holland. Marendaz set the 200-mile Class B record at 101.85mph, but the car crashed in fog with Veendam driving in an attempt on the 200km record. The car was greatly changed from the immaculately streamlined two-seater of earlier runs, the body having been lowered by cutting six inches off the bottom and dropping it, with the bonnet correspondingly chopped to fit, all set off by a horrible front cowl over a heavily sloping radiator.

It rather looks as if the cars were either returned to Graham-Paige or sold, as they weren’t with Marendaz when his business moved to Maidenhead in 1932. According to Bill Boddy, J H Day drove Miss Moodie’s Graham-Paige at Brooklands in 1934 winning the First Long Handicap at 93.77mph. By 1935 the eightcylinder 5½-litre car was in the hands of G L Baker, having been bought for £50 and fitted with a further two-seater body by Harringtons of Hove. He ran it during 1935 and 1936 and, after a short break, in 1938 and 1939, it being capable of lap times of up to 107mph. Curiously, G L Baker’s friend and neighbour George Harvey Noble ran this car in the 1935 RAC Rally. But possibly its

greatest claim to fame was the fact that, with G L Baker driving, it was the car that won the last ever race at Brooklands in August 1939.

This story is from:
Brookland Bulletin Issue 56 Mar/ Apr 2019
by Brooklands Trust Members