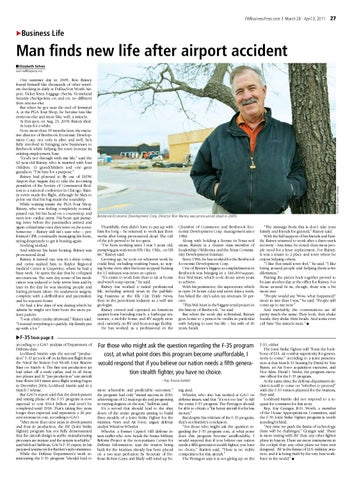 One summer day in 2009, Ron Rainey found himself like thousands of other travelers checking in daily at Dallas/Fort Worth Airport. Ticket lines, baggage checks, Homeland Security checkpoints, on and on, no different than anyone else. But when he got near the end of Terminal A, at the PGA Tour Shop, he became less like everyone else and more like, well, a miracle. At that spot, on Aug. 23, 2009, Rainey died. At least for a while. Now, more than 19 months later, the executive director of Benbrook Economic Development Corp. not only is alive and well, he’s fully involved in bringing new businesses to Benbrook while helping the town increase its existing employment base. “God’s not through with my life,” said the 62-year-old Rainey, who is married with four children, 11 grandchildren and one great grandson. “I’m here for a purpose.” Rainey had planned to fly out of D/FW Airport that August day to take the incoming president of the Society of Commercial Realtors to a national conference in Chicago. Rainey never made the flight, although he likes to point out that his bag made the roundtrip. While waiting inside the PGA Tour Shop, Rainey, who was feeling completely normal, passed out, hit his head on a countertop and went into cardiac arrest. His heart quit pumping twice before the paramedics arrived and again a third time once they were on the scene. Someone – Rainey still isn’t sure who – performed CPR, continually massaging his heart, trying desperately to get it beating again. Nothing worked. And without his heart beating, Rainey was pronounced dead. Rainey, it turned out, was in a deep coma, and crews rushed him to Baylor Regional Medical Center at Grapevine, where he had a busy week. He spent the day that he collapsed unconscious. The next day some of his medication was reduced to help revive him and by later in the day he was meeting people and having pictures taken. He underwent surgery, complete with a defibrillator and pacemaker, and he was sent home. He had a few days of rest during which he admits he might not have been the most patient patient. “I was a little cranky afterward,” Rainey said. “I wanted everything so quickly. My family put up with a lot.”

Chamber of Commerce and Benbrook Economic Development Corp. management since 1986. Along with holding a license in Texas real estate, Rainey is a charter class member of Leadership Oklahoma and the Texas Community Development Institute. Since 1996, he has worked for the Benbrook Economic Development Corp. One of Rainey’s biggest accomplishments in Benbrook was bringing in a 146,000-squarefoot Wal-Mart, which took about seven years to achieve. With his persistence, the supercenter, which is open 24 hours a day and seven days a week, has hiked the city’s sales tax revenues 50 percent. “This Wal-Mart is the biggest retail project in the history of Benbrook,” he said. But when the work day is finished, Rainey goes home to a person he credits in particular with helping to save his life – his wife of 30 years, Sandi.

“The message from this is don’t take your family and friends for granted,” Rainey said. With the full support of his friends and family, Rainey returned to work after a three-week recovery – less time, he noted, than most people need for a knee replacement. For Rainey, it was a return to a place and town where he enjoys helping others. “I like that small-town feel,” he said. “I like being around people and helping them solve dilemmas.” Putting the pieces back together proved to be just another day at the office for Rainey. For those around hi m, though, there was a bit more awe. “People would say ‘Wow, what happened?’ more in awe than I was,” he said. “People still come up to me now.” And inevitably, the conversations are all pretty much the same. They look, they shake hands, they shake their heads. And some even call him “the miracle man.” n

For those who might ask the question regarding the F-35 program cost, at what point does this program become unaffordable, I would respond that if you believe our nation needs a fifth generation stealth fighter, you have no choice.

F-35, either. The Joint Strike Fighter will “form the backbone of U.S. air combat superiority for generations to come,” according to a joint presentation at that March 15 hearing by David M. Van Buren, an Air Force acquisition executive, and Vice Adm. David J. Venlet, the program executive officer for the F-35 program. At the same time, the defense department decision is still to come on “whether to proceed” with the F-35 version planned for the Marines, they said. Lockheed-Martin did not respond to a request for comment for this story. Rep. Kay Granger, R-Ft. Worth, a member of the House Appropriations Committee, said the F-35 Joint Strike Fighter program is worth standing behind. “Any time we push the limits of technology, there will be challenges,” Granger said. There is more testing with JSF than any other fighter plane in history. There are more instruments in the cockpit than any other plane we have ever designed. JSF is the future of U.S. military aviation, and it is being built by the very best workforce in the world.” n

Thankfully, they didn’t have to put up with him for long – he returned to work just three weeks after being pronounced dead. The call of the job proved to be too great. “I’ve been working since I was 5 years old, pumping gas stations in Elk City, Okla., on US 66,” Rainey said. Growing up, he took on whatever work he could find, including washing buses, so staying home even after his heart stopped beating for 12 minutes was never an option. “It’s easier to work here than to sit at home and watch soap operas,” he said. Rainey has worked a varied professional life, including several years in the publishing business at the Elk City Daily News, then in the petroleum industry as a well site geologist. Rainey owned and operated an American quarter horse breeding ranch, a barbeque restaurant, a mobile home and RV supply store and, currently, an RV and boat storage facility. He has worked as a professional in the

uF-35 from page 8 according to a GAO analysis of Department of Defense data. Lockheed Martin says the second “production” F-35 jet took off on its first test flight from the Naval Air Station Fort Worth Joint Reserve Base on March 4. The first test production jet had taken off a week earlier, and in all those two planes and 11 “pre-production” test aircraft have flown 683 times since flight testing began in December 2006, Lockheed Martin said in a March 7 release. But GAO’s report said that the development and testing phase of the F-35 program is now expected to cost $56.4 billion and won’t be completed until 2018. That’s taking five years longer than expected and represents a 26 percent increase in cost, according to GAO. “After more than nine years in development and four in production, the JSF (Joint Strike Fighter) program has not fully demonstrated that the aircraft design is stable, manufacturing processes are mature and the system is reliable,” said Michael Sullivan, GAO’s F-35 expert, in his prepared testimony for Bartlett’s subcommittee. While the Defense Department’s work restructuring the F-35 program “should lead to

more achievable and predictable outcomes,” the program had only “mixed success in 2010, achieving six of 12 major goals and progressing in varying degrees on the rest,” Sullivan said. It’s a record that should lead to the shut down of the entire program aiming to build three models of a Joint Strike Fighter for the Marines, Navy and Air Force, argues defense analyst Winslow Wheeler. Wheeler, a former Capitol Hill defense issues staffer who now heads the Straus Military Reform Project at the non-partisan Center for Defense Information, says the version being built for the Marines already has been placed on a two-year probation by Secretary of Defense Robert Gates and likely will wind up be-

ing axed. Wheeler, who also has worked at GAO on defense issues, said that “it’s not too late” to kill the entire F-35 program. The Pentagon should be able to obtain a “far better aircraft for far less money.” But despite his criticism of the F-35 program, that’s not Bartlett’s conclusion. “For those who might ask the question regarding the F-35 program cost, at what point does this program become unaffordable, I would respond that if you believe our nation needs a fifth generation stealth fighter, you have no choice,” Bartlett said, “There is no viable competition for this aircraft.” The Pentagon says it is not giving up on the 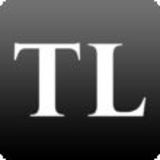 More from The Wilkes-Barre Publishing Company