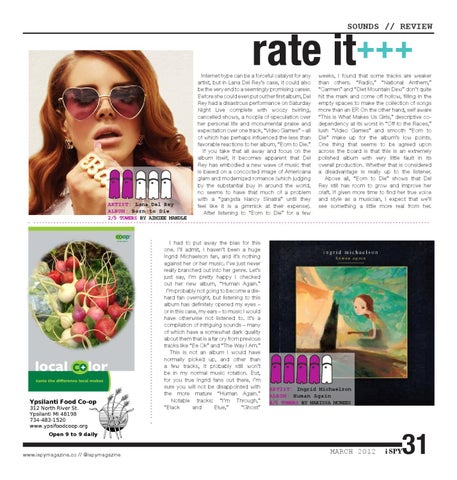 Internet hype can be a forceful catalyst for any artist, but in Lana Del Rey’s case, it could also be the very end to a seemingly promising career. Before she could even put out her first album, Del Rey had a disastrous performance on Saturday Night Live complete with woozy twirling, cancelled shows, a hoopla of speculation over her personal life and monumental praise and expectation over one track, “Video Games” – all of which has perhaps influenced the less than favorable reactions to her album, “Born to Die.” If you take that all away and focus on the album itself, it becomes apparent that Del Rey has embodied a new wave of music that is based on a concocted image of Americana glam and modernized romance (which judging by the substantial buy in around the world, no seems to have that much of a problem with a “gangsta Nancy Sinatra” until they feel like it is a gimmick at their expense). After listening to “Born to Die” for a few

I had to put away the bias for this one. I’ll admit, I haven’t been a huge Ingrid Michaelson fan, and it’s nothing against her or her music. I’ve just never really branched out into her genre. Let’s just say, I’m pretty happy I checked out her new album, “Human Again.” I’m probably not going to become a diehard fan overnight, but listening to this album has definitely opened my eyes – or in this case, my ears – to music I would have otherwise not listened to. It’s a compilation of intriguing sounds – many of which have a somewhat dark quality about them that is a far cry from previous tracks like “Be Ok” and “The Way I Am.” This is not an album I would have normally picked up, and other than a few tracks, it probably still won’t be in my normal music rotation. But, for you true Ingrid fans out there, I’m sure you will not be disappointed with the more mature “Human Again.” Notable tracks: “I’m Through,” “Black and Blue,” “Ghost”

weeks, I found that some tracks are weaker than others. “Radio,” “National Anthem,” “Carmen” and “Diet Mountain Dew” don’t quite hit the mark and come off hollow, filling in the empty spaces to make the collection of songs more than an EP. On the other hand, self aware “This is What Makes Us Girls,” descriptive codependency at its worst in “Off to the Races,” lush “Video Games” and smooth “Born to Die” make up for the album’s low points. One thing that seems to be agreed upon across the board is that this is an extremely polished album with very little fault in its overall production. Whether that is considered a disadvantage is really up to the listener. Above all, “Born to Die” shows that Del Rey still has room to grow and improve her craft. If given more time to find her true voice and style as a musician, I expect that we’ll see something a little more real from her. 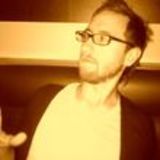