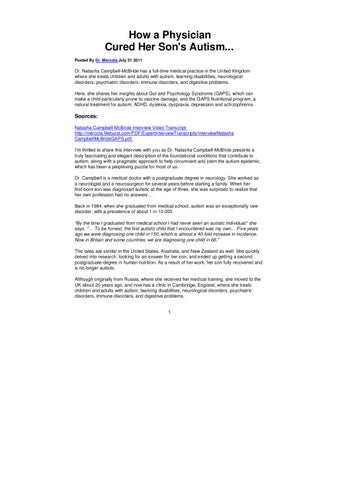 Dr. Natasha Campbell-McBride has a full-time medical practice in the United Kingdom where she treats children and adults with autism, learning disabilities, neurological disorders, psychiatric disorders, immune disorders, and digestive problems. Here, she shares her insights about Gut and Psychology Syndrome (GAPS), which can make a child particularly prone to vaccine damage, and the GAPS Nutritional program; a natural treatment for autism, ADHD, dyslexia, dyspraxia, depression and schizophrenia.

Sources: Natasha Campbell-McBride Interview Video Transcript http://mercola.fileburst.com/PDF/ExpertInterviewTranscripts/InterviewNatasha CampbellMcBrideGAPS.pdf I'm thrilled to share this interview with you as Dr. Natasha Campbell-McBride presents a truly fascinating and elegant description of the foundational conditions that contribute to autism, along with a pragmatic approach to help circumvent and stem the autism epidemic, which has been a perplexing puzzle for most of us. Dr. Campbell is a medical doctor with a postgraduate degree in neurology. She worked as a neurologist and a neurosurgeon for several years before starting a family. When her first-born son was diagnosed autistic at the age of three, she was surprised to realize that her own profession had no answers… Back in 1984, when she graduated from medical school, autism was an exceptionally rare disorder, with a prevalence of about 1 in 10,000. "By the time I graduated from medical school I had never seen an autistic individual," she says. "… To be honest, the first autistic child that I encountered was my own… Five years ago we were diagnosing one child in 150, which is almost a 40-fold increase in incidence. Now in Britain and some countries, we are diagnosing one child in 66." The rates are similar in the United States, Australia, and New Zealand as well. She quickly delved into research, looking for an answer for her son, and ended up getting a second postgraduate degree in human nutrition. As a result of her work, her son fully recovered and is no longer autistic. Although originally from Russia, where she received her medical training, she moved to the UK about 20 years ago, and now has a clinic in Cambridge, England, where she treats children and adults with autism, learning disabilities, neurological disorders, psychiatric disorders, immune disorders, and digestive problems. 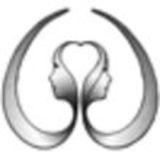