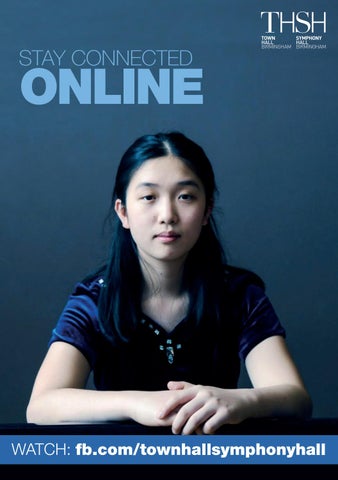 Following government advice, Town Hall Symphony Hall (THSH) is closed. But the iconic concert halls cannot be silenced and today we will broadcast in collaboration with European Concert Halls from across the continent. Music has the power to bring people together and we are pleased to be enabling audiences to come together in the safety of a digital space. “Music has the power to bring people together. Our Facebook Watch Parties are ensuring that audiences can do just that. Self-isolation does not need to mean people are isolated from their communities. Town Hall Symphony Hall is committed to bringing live music to our city and this Facebook Watch Party will provide an opportunity for our friends to continue their discovery of the best of Brum’s musicians.” NICK REED Chief Executive “At just 16-years-old, Lauren Zhang won BBC Young Musician 2018 at Symphony Hall. Almost two years on, I’m delighted that the Birmingham pianist continues to visit and work with our halls. It seems entirely appropriate that Town Hall Symphony Hall have turned to a member of Generation Z, who has grown up in a digital age, to perform classical music to an online audience - encouraging global connectivity at this time of self-isolation.” TOKS DADA Classical Programme Manager

Lauren Zhang At the age of 16, Lauren won the BBC Young Musician Competition performing with the City of Birmingham Symphony Orchestra to widespread critical acclaim. Highlights since then include her debut at the BBC proms and appearances as soloist with the London Mozart Players, European Union Chamber Orchestra, China National Symphony Orchestra and Sinfonia Varsovia Orchestra in Warsaw. Over the last year, Lauren has performed in the Tonhalle in Zürich and at Klavier-Festival Ruhr. She gave recitals across the UK, as part of the Ryedale, Lichfield and Wooburn Festivals, amongst many others. Her performances have been broadcast live on BBC Radio 3 and 4, TVN24 in Poland, and Deutschlandfunk in Germany. She also attended the Verbier Festival Academy and was accepted to the Curtis Institute of Music. In 2020, Lauren makes her debut with the Adelaide Symphony Orchestra in Australia and with the Orchestra of the Swan, BBC Scottish Symphony Orchestra and Brno Philharmonic. She gives recitals at Nottingham Royal Concert Hall, Birmingham Town Hall, the Herkulessaal in Munich, at Schleswig-Holstein Musik Festival in Germany, and Sydney Town Hall. A current pupil of King Edward VI High School for Girls, Lauren began piano lessons at the age of four in the US with Madeline Ignazito. Since moving to the UK, she has studied with Dr Robert Markham in the Junior Department at the Royal Birmingham Conservatoire and also began taking lessons with Professor Christopher Elton since 2017. In 2016, Lauren won first prize at the 15th Ettlingen International Piano Competition in Germany. Among other achievements, she was a prize-winner at the Wales International Piano Festival (2016) and the Young Pianist of the North International Competition (2015). She has participated in masterclasses or lessons with Joaquín Achúcarro, Sergei Babayan, JeanEfflam Bavouzet, Fabio Bidini, Peter Donohoe, Peter Frankl, Kenneth Hamilton, Klaus Hellwig, Angela Hewitt, Stephen Hough, Yoheved Kaplinsky, Pascal Nemirovski, Marios Papadopoulos, Menahem Pressler, Boris Slutsky and John Thwaites. Lauren is grateful for the support of YCAT through their aftercare scheme for BBC Young Musician finalists. 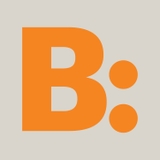