Cleveland: A City On The Rise 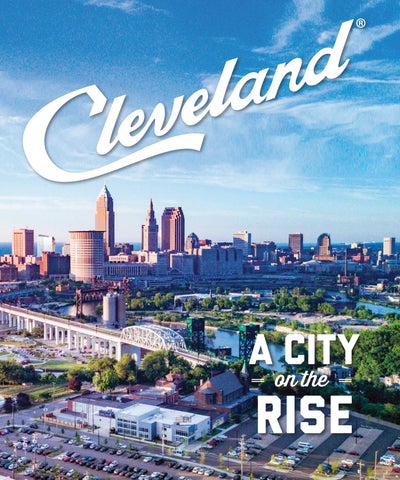 A CITY on the

Cleveland’s 21st century economic and employment environment builds on the city’s rich industrial and entrepreneurial heritage. It’s now the 16th largest U.S. economic region with $236 billion in gross regional product. There are 109,000 diverse companies, many of which have a health-tech or high-tech focus.

Cleveland’s health care industry is as strong as ever. The city has the most concentrated area of hospitals and medical research centers in the nation. Cleveland Clinic and University Hospitals alone are the city’s largest employers with a combined workforce of more than 46,000. Cleveland Clinic’s main campus is essentially a city within itself, requiring its own zip code, and its physical expansion shows no signs of slowing down. In particular, Cleveland Clinic is capitalizing on IBM’s latest development, IBM Watson Health. It is a cognitive system enabling a new partnership between people and computers as health care becomes more technology-dependent.

Cleveland’s manufacturing past started with John D. Rockefeller founding Standard Oil of Ohio in 1870. That success has continued to be present in Cleveland, but has evolved in recent years to occupy other sectors, including advanced manufacturing. It has been so successful that 16,939 jobs were added between 2010 and 2012. The industry has also seen a 92 percent increase in manufacturing productivity from 1990 to 2015. The value of exports during 2014 from the region’s 18 counties rings in at $29 billion, with the largest manufacturing export sectors being Transportation Equipment, Chemical Engineering, Chemical Manufacturing and Primary-Metal Manufacturing.

The Global Center for Health Innovation in Cleveland brings world health care leaders together to develop solutions to high-priority issues. Major collaborators include: Healthcare Information &amp; Management Systems Society, Siemens, Accenture Healthcare, GE Healthcare, Cardinal Health and Steris. In 2018, Cleveland became the third American city, following Silicon Valley and New York, to become a home for Plug and Play. The digital health innovation accelerator is now part of the Global Center. The Medical Capital initiative is a Cleveland collaboration of the area’s medical, educational, civic and private organizations. BioEnterprise is an initiative that promotes the biomedical and health care industry in Northeast Ohio. In addition, Cleveland is emerging as a national leader in the implementation of Blockchain technology. The city hosts the BlockLand conference as it works to build a technology ecosystem that can attract companies nationwide.

Know? Nottingham Spirk, an open innovation and product developer in Cleveland, brokered options between two of its clients, Dirt Devil and Procter &amp; Gamble, to create the Swiffer Sweep + Vac, the largest selling vacuum of all time. Troy-Bilt FLEX, a multifunction yard care system, is part of a line of products by MTD, headquartered in Northeast Ohio. Fitbit, the $4 billion company that made wearable tech cool, was hatched in California by a Cleveland native. But Cleveland Clinic gave the product a giant boost when it became an accepted device for the Cleveland Clinic Healthy Choice Portal that strives to keep its employees fit.

DIVERSE COMPANIES, MANY WITH HEALTHTECH/HIgh-TECH FOCUS

ATTRACTED BY HEALTH CARE AND BIOSCIENCE IT ENTREPRENEURS SINCE 2001

CLEVELAND&#39;s RANKing ON A LIST OF THE 50 MOST ENTREPRENEURFRIENDLY CITIES IN THE WORLD, AHEAD OF DENVER, SALT LAKE CITY AND ATLANTA

Downtownâ&amp;#x20AC;&amp;#x2122;s MultiBillion-Dollar Makeover Continues to Accelerate, All Within Walking Distance of 5,000 Hotel Rooms and the Huntington Convention Center of Cleveland.

On the Rise Downtown, the evidence of Cleveland’s economic renaissance can be seen in the $8 billion in investments spent here since 2008, including a reinvented Public Square unveiled in the summer of 2016 and expanding development on the shore of Lake Erie and the banks of the Cuyahoga River.

Downtown Developments Downtown is growing stronger every quarter, attracting more residents and businesses that support the city center. An expected 20,000 residents will call Downtown home by 2020. nuCLEus: A $300 million project is set to break ground in 2019 with two 24-floor towers housing 250 units, 80,000 square feet of retail and 400,000 square feet of Class A office space. It could serve as a catalyst for additional Downtown development. Residences at Terminal Tower: K&amp;D Group’s Residences at Terminal Tower project includes 300 units in Public Square. May Company: Bedrock Cleveland’s May Company renovation will result in 309 units, along with dedicated parking, retail and entertainment space. Lumen: Gilbane Building Co. broke ground on the 34-story Playhouse Square Lumen building, adding a modern glass highlight to the Cleveland skyline. It includes 318 units, open by summer 2020, along with 20,000 square feet of amenities. Flats East Bank Phase III: Plans for the next phase of the entertainment and residential district include a movie theater, street-level retail, new dining and up to 300 residences.

Down to Business Not only is the residential sector expanding, businesses are moving into some of Downtown’s historical renovation projects and taking up occupancy in the city center. Last year, the NRP Group stationed 116 employees in the Halle Building, and Electronic Merchant Systems brought 180 people into a 45,000-square-foot office space on Huron Road.

COMPANIES ARE LOCATED IN NORTHEAST OHIO

SKILLED LABOR FORCE WITHIN 45-MINUTE COMMUTE IN INDUSTRIES INCLUDING BIOMEDICAL AND MANUFACTURING. THAT TRANSLATES INTO A BUILT-IN ATTENDEE BASE. 7

Arena Transformation Rocket Mortgage FieldHouse recently ranked No. 11 in the country for concert ticket sales, and a $185-million upgrade will modernize the 24-year-old building. Renovations include adding a glass exterior, public gathering spaces and more dining options to enhance the fan experience. The reimagined arena will be complete before the 2019-2020 NBA season, and will position the city to compete for more national events.

Water Works The new Edgewater Beach House connects city and sand, where guests can enjoy 360-degree views of Downtown along with a seasonal, full-service bar and made-to-order beachside fare. The Centennial Plaza provides versatile space for socializing and special events.

The place can make or break any meeting. Cleveland offers an array of attractive, easy-tonavigate options that work for everyone — a few people, a few hundred or a few thousand. Whether you want a beachfront location with a side of sunsets and cocktails or flexible indoor rooms minutes away from the Rock and Roll Hall of Fame, the city’s spaces have got you covered.

OF PRIME MEETING AND EVENT SPACE

Hyatt Regency Cleveland at The Arcade

The Metropolitan Hotel at The 9

CONNECTED TO THE HUNTINGTON CONVENTION CENTER OF CLEVELAND

by the Numbers DOWNTOWN HOTEL MEETING SPACES UP TO

ARE PROPOSED AND/OR UNDER DEVELOPMENT IN NORTHEAST OHIO 11

Cleveland is a City With World-Class Experiences Without The World-Class Ego. A Place That Invites People to Come As They Are. And For That, You’re Welcome.

A visit to Cleveland is full of possibilities. Whether you are looking for highly ranked museums, restaurants owned by award-winning chefs or waterfront activities, this city has it all. And then some.

Steps away The Huntington Convention Center of Cleveland’s proximity to Downtown’s hotels, restaurants, retail, green spaces and more encourages visitors to explore by foot. In Downtown Cleveland, everything is within reach. “From the Flats East Bank to Playhouse Square to FirstEnergy Stadium and Progressive Field, the compactness here creates energy and opportunities for conversations,” says Ron Newman, senior director of sales at Destination Cleveland.

Everything within reach “Cleveland is a community rich with amenities and attractions that visitors will find remarkable given the size of the community,” says Joe Marinucci, president and CEO of the Downtown Cleveland Alliance. “You can stay at a downtown hotel and walk to three professional sports venues.” A walk down Euclid Avenue will welcome you to the renovated and inviting Public Square, complete with a splash pad, walking paths, planting benches and a restaurant. The space frequently puts on free yoga sessions, live music and large events.

First-tier assets “We punch above our weight class,” says Marinucci. “Our array of assets, culinary, cultural and others, really puts us on par with a city like Chicago. People are surprised and amazed by what they find here in Northeast Ohio.”

Set the scene Wow your guests with an unforgettable event held at one of Cleveland’s many unique venues. Art buffs, music lovers, sports fanatics and more will revel at the opportunity to explore and enjoy captivating spaces during your meeting or event. - The Rock and Roll Hall of Fame - Cleveland Museum of Art - House of Blues Cleveland - Playhouse Square - Jacobs Pavilion at Nautica - FirstEnergy Powerhouse - Progressive Field - FirstEnergy Stadium - The Rotunda at The 9 - Edgewater Park cody york

CLEVELAND NAMED TO THE

20 AMERICAN CITIES WITH THE

TOP 10 MOST INNOVATIVE CITIES BY CNN

Cleveland Museum Of Art; all other photos: cody york

our culinary scene is a reflection of its entrepreneurial chefowners who are introducing ethnic, creative concepts.

by the Numbers From Cleveland-style barbecue at Michael Symon’s Mabel’s BBQ on booming East Fourth Street to brews and hipster hot dogs with wild toppings at Happy Dog, the culinary scene here is creative, chef-driven and winning recognition across the globe. The city ranked seventh as one of Time’s “America’s Best Food Cities” in 2015, before foodie capitals like Portland, Oregon, (No. 8) and San Francisco (No. 19) — even New York City (No. 10). While the numbers are nice, what’s better is getting a real taste for Cleveland’s culinary story by visiting any of its 80-plus independent restaurants.

On the Menu Downtown is home to more than 200 eateries, most of which are locally owned and operated as well as within walking distance of hotels and the Huntington Convention Center of Cleveland. A few new spots to check out include: Lindey&#39;s Lake House Marble Room Steaks and Raw Bar Murano Modern Italian Cuisine Republic Food &amp; Drink Southern Tier Brewing Co. Zanzibar

Know? “With a name like Smuckers, it has to be good,” one of America’s most recognizable slogans, was created in 1962 by Wyse Advertising of Cleveland for The J.M. Smucker Co. Clevelanders are proud of Nestle’s Stouffer’s and Stouffer’s Lean Cuisine brands, which has a distribution center in Solon. In 1922, Abraham and Mahala Stouffer opened a small restaurant in Cleveland. Headquartered in Olmsted Township, the Vitamix company has been family owned since 1921. William G. Barnard introduced the first basic blender to awed housewives and health fanatics in 1937.

Getting to and around Multiple highway systems, Cleveland Hopkins and Burke Lakefront airports, plus rapid transit and bus routes make getting around easy. Once you are here, you can ride share, hop on a free trolley or walk. Hotels and meeting venues are within a 15-minute walk of dining and entertainment.

by the Numbers 50% OF U.S. POPULATION

IN THE U.S. ACCORDING TO WALK SCORE ACCESSIBLE VIA

Cleveland: A City On The Rise

Cleveland, building on a rich manufacturing heritage and world-class health care, is becoming a leading hub for innovation and technology. Coupled with Downtown Cleveland's $8 billion dollar makeover within walking distance of 5,000 hotel rooms and the Huntington Convention Center and a growing Downtown residential population, Cleveland is a city on the rise. 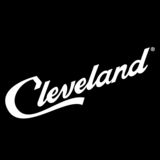