Public health: How think tanks are making a difference 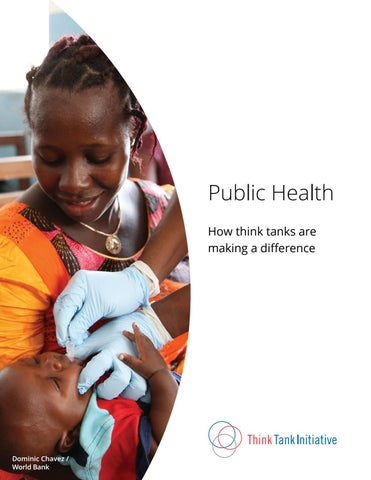 Public Health How think tanks are making a diďŹ&amp;#x20AC;erence

Promoting healthy lives and well-being for all is a universal Sustainable Development Goal central to the interest of all countries. The health of individuals and communities is inﬂuenced by a range of complex and interrelated factors, including socio-economic status, environment, infrastructure, education, and gender. Research is critical for informing eﬀective and inclusive policies that directly or indirectly aﬀect people’s health, particularly in many low and middle income countries. Policy research institutions or think tanks are key actors in this space: they use credible, local data and convene stakeholders to enhance public policy debates. Through the use of interdisciplinary approaches and a variety of perspectives, think tanks are in a unique position to help strengthen national policies and systems. Through their work in public health and other areas, they are helping to shape more equitable and prosperous societies.

In this booklet The Think Tank Initiative supports a number of policy research institutions whose work contributes directly or indirectly to shaping improvements in public health. This booklet highlights only a few examples of the types of health-related issues that think tanks around the world are working on. To share your insights or to learn more, contact healthTTI@idrc.ca.

Public health is only one of the areas in which think tanks are making a diďŹ&amp;#x20AC;erence. The institutions we support also work on issues as diverse as food pricing, education policy, climate change, and economic cooperation, as well as many others.

Promoting health equity Ensuring fair access to eﬀective health care services contributes to health equity. In India, the Centre for Budget and Governance Accountability (CBGA) conducted research that examined gaps in government programs for Muslims, the largest minority group in the country. Most policy recommendations from this research were included in the Memorandum on the Multi-Sectoral Development Programme for Minorities, presented to the Prime Minister of India in May 2012. CBGA’s work led to concrete policy changes on development programmes, such as increased funding and greater access to public services for more than 100 million Muslims in over 150 districts across the country. Read more about this work The essence of global health equity is the idea that something so precious as health might be viewed as a right. – Dr. Paul Farmer, Founder, Partners in Health

Health ﬁnancing and accountability In many countries, the health sector is ﬁnanced from a variety of sources, making it diﬃcult to monitor the ﬂow of resources and types of services provided. The Ethiopian Economic Association (EEA) undertook a nation-wide survey on household use of health services and related spending patterns in Ethiopia. EEA provided policy recommendations to key government stakeholders based on the ﬁndings. These eﬀorts contributed to revisions in the national health care ﬁnancing strategy and community-based health insurance scheme, as well as the formulation of a national strategic action plan for the prevention and control of communicable diseases. Securing suﬃcient funds, while promoting eﬃciency and equity, is imperative for achieving universal health coverage in Ethiopia. – Assefa Admassie, Executive Director, Ethiopian Economic Association

Non-communicable disease prevention through taxation Tobacco use is the main factor underlying the world’s largest preventable public health threat, with the majority of deaths occurring in low and middle income countries. Globally, taxation has proven to be the most eﬀective method for reducing its consumption. Research and outreach led by the Consortium pour la recherche économique et sociale (CRES) in Senegal inspired decision-makers to take action. A new bill limiting the production, use, and sale of tobacco was adopted by the Government of Senegal in July 2013 and a subsequent national tobacco control law came into force in March 2014. CRES has since proposed a new draft directive on tobacco taxation in 15 West African countries, which is being recommended for adoption at the regional level by the technical committee of the Economic Community of West African States (ECOWAS). This work is helping to reduce morbidity, mortality, and public health costs linked with tobacco use across the region. Read more about this work Watch a documentary about CRES’s work on curbing tobacco use in Senegal Taxation reduces tobacco use and associated health problems, while generating additional revenues for governments. In low- and middle-income countries, a price increase of 10% from taxes is estimated to reduce the use of tobacco products by 5%. Source: World Health Organization (2014). Raising tax on tobacco: What you need to know. Geneva: WHO Press.

Local research for impact The Think Tank Initiative is helping to strengthen 43 policy research institutions in 20 developing countries over 10 years through a mix of core funding and support for capacity development. The result: institutions are better positioned to deliver high quality research, operate more sustainably, and meaningfully engage with key stakeholders.

Public health: How think tanks are making a difference

The Think Tank Initiative supports a number of policy research institutions whose work contributes directly or indirectly to shaping improvements in public health. This booklet highlights a few examples of the types of health-related issues that think tanks around the world are working on, including promoting health equity, health financing and accountability, health-enabling infrastructure, and non-communicable disease prevention through taxation. 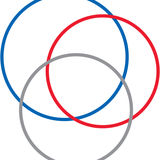