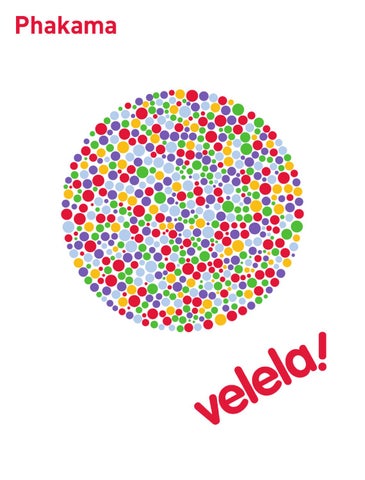 In Pursuit of Truth

15 Years’ Journey Since 1996, Phakama has been producing projects and peformances with titles as starting points that are sometimes ambiguous, often intriguing and always inspiring. Phakama asked young artists to choose

past Phakama titles and use them to create new pieces. The opening of Velela! is an opportunity for our invited audience to review Phakama through fresh eyes.

“If you’re watching this, its already too late.” How would your personal world end? That was the theme in the Velela’s first performance, In Pursuit of Truth. The Outhouse Collective performed in the Scratch space a raw version of their play that explores the issue of the end of the world. The idea for the play was based on the concept of the world ending in 2012, according to a Mayan prophecy. In a Q&A session after the play, one of the members of the collective said: “A few of us were sitting around talking about the end of the world because you know, there is this date that supposedly [the end of the world] in some people’s characters.” It might not seem like the most original of themes but Outhouse’s productions isn’t just a theatre-style rehash of a bad hollywood film. The doomsday subject matter very much lies in the background. “We had this end of the world theme but we made very human stories that weren’t really about the end of the world but we had this thing in the background all the time.”

Sam Quinn, Peter Piper & Clachan Shanda Over the course of the performance, Sam Quinn had a cabbage on his face, a pea on his shoulder, a Scottish accent, a Northern Irish accent and a cockney accent. So, by the end of it you were wondering what lay behind those quirky ideas in his show. Fabio led a Q&A session to find out. How did the idea for the show come about? I do stand up character comedy so some of the material has just come from stuff i’ve been writing over the last year or so, Peter Piper and Clachan Shanda. And then I just sort of formed a show around those two characters.

writing and stuff like that, its just a while of going over it, over I had the five, ten minutes of and over again it loses the fun of it material for the stand up for the two characters that I just did So how do you motivate yourself straight and then I saw the to finish it? connection between Peter having a pea on his shoulder, Clachan When i’ve got something coming being from fruit and veg squad. up and I get excited about it and Peter picked a peck of pickled I want to do well. peppers, Clachan’s all about stopping people picking pecks of Have you thought about working pickled peppers. So then I tried with any other vegetables? to think of the circumstances that would make them both be I’ve tried but they’re really together. Then try to think about extorionate. You have to pay how to make that more interesting them a lot. Pea’s pretty good as well. Then I thought, i’ve done but i’ll never work with an a bit of standing and talking, aubergine again though. I thought lets do a bit without speaking about having a bit where there’s doing the mime thing, going to a bag of peas on top of my head the supermarket with the voice and i’m looking for Pea and then over and trying some flashbacks the bag opens up and i’m like with me and pea on the desk. ‘Where are you, which one is it, Try some different things out. I where are you?’, but I didn’t spent time trying to think what want it to be just about vegetables. can I put in here that’s different.” Is it difficult to motivate yourself? After a while of saying the lines, I just get bored of it and I find it hard to be motivated. I enjoy

Message In A Bottle By Swati SImha

politicians to the surreal frozen creatures of the water; The show Message in a bottle was not just a managed to spray itâ&#x20AC;&#x2122;s influence in show, but also an experience. Just more than one way! The experience reminded me of as the performers had travelled far a choral reef where water brings and wide, they brought with them together fish of all sizes and colours the sense of adventure to take the to come together and make the audience on a journey! world a more beautiful place to live A journey accompanied by a set in! of fabulous musicians, taking the The site-specific nature of the audience from facts about water show moved the audience form one exploitation to fiction about the pirate queen, from myths about water location to another, but the success of the show lies in the honesty of to the futuristic picture of a world the artists, which managed to move without water, from satire about the audience from within!

6 Degrees The Scratch Space was designed to give performers a chance to share work in its earliest stages and 6 Degrees definitely fit that description. The group of young artists joined the festival with their first ever performance, An Inch Away. The show was well received but it wasn’t an easy process to get it ready for the festival. “We decided we wanted to make our own company, straight from scratch,” said Jake Boston, who played a homeless man searching for the perfect story for a book. “We said, we’re doing it and that’s it, we don’t care about anything else.” From that enthusiastic start, they gradually met obstacles. Rosie

said: “Initially, it was actually a very crazy process. We started off with 14 actors in our company. Over time, it dwindled down. People obviously had other commitments and its quite hard to share a vision with somebody who doesn’t really know your vision. Also, a lot of people needed to make money, which is fine, we couldn’t offer them anything other than our art.” That constantly changing situation left 6 degrees with a challenge to put together their show in time for Velela she said: ”We changed the ideasomanytimesandßliterallytwo weeks before tonight, we were like its just going to be just us and we’ve got to put something on otherwise Fabio’s going to kill us.”

According to Jake, it was some mistakes they made that led to so many dropping out but ultimately everything worked out for the best he said. “Now its cemented. We feel like we don’t need to lead people anymore, there’s no hierarchy anymore, all of us know how each other work. So we felt pretty confident that we could work together and just create something out of scratch rather than trying to please everyone.” 6 Degrees is made up of ex-Phakama members Jake Boston and Regis Gnaly and Roy Christian, Del Xia and Aaron Deacon.

The Edible Garden Hidden away in Mile End park is the Edible Garden, a project aimed at producing for a healthy community. On Sunday, Phakama headed down to the garden to eat eat some of that produce, create some art and put together a few recipes for life (and some of the Velela artists made their own bread!).

3) Knead lightly by hand until the dough is smooth.

4) Shape into a circle about 4cm 1 teaspoon of bicarbonate of soda deep. 1 teaspoon of salt about 450ml of buttermilk Method 1) Pre-heat oven to 200 degrees celsius/400 degrees fahrenheit/ Gas mark 6. 2) Mix flour, salt and soda in a mixing bowl. Add only enough buttermilk to make a soft dough.

Pop Up One of the key features of Velelaâ&#x20AC;&#x2122;s Pop Up festival has unsurprisingly been, the pop up artists. Floating around and pretty much doing what they like, the pop up artists have had the freedom to do quickly gather an audience and do impromptu performances such as storytelling, pillow fights, parties and a powder paint fight.

Global Dialogues ...Pop Up Brent, one of the artists involved, said he enjoyed the experience: ”It’s been really fun, we’ve just been getting together and seeing what interesting things we can do. We’ve basically been given the space to make something, interesting stuff.” Frank, a spoken word artist agreed with Brent and said that he also enjoyed the community atmosphere that Velela had inspired. “Just getting involved and doing whatever you need to do to help everyone else out is quite nice,” said Frank. ”There’s a lot of good messages coming across. There’s a lot of sort of, looking after our planet and looking after ourselves and it’s very, very nice.” Iga, a singer from Poland, also liked the fact that she was meeting others and learning from them. “The most amazing thing for me is to get along with all these people with whom [I thought] I actually do not have any artistic things in common with, but it turns out I actually do.” She said she enjoyed “Learning from each other, learning our cultures and traditional ways of doing things, sharing some attitudes about certain branches of art, listening to their opinions, gaining as much as I can from their experiences.”

Mosaic One of the main themes at in the British art world instead Velela is the bringing together of being a separate genre. of different cultures to create One member of the audience art. said:”We need to find a way of This was done by both the integrating BME artists and pop-up arists and the Mespractioners within the theatres sage in a Bottle group but also in a way that they are actively cropped up in the global diainvolved in decision making.” logues. The last two days of the And the chair of the panel festival are seeing Phakama made a point that maybe there team up with London Hub to needs to be more pride and celdiscuss how multiculturalism ebration about the work being and art work together in Lon- created and projects carried out don. by BAME artists. In particular, they spoke about “We don’t actually shout loudhow Black and Minority Ethnic ly enough here about what it is art can get wider representation we’re doing.”

So I’ve been in London for two weeks, Among London’s busy streets, And since the first day of meets and greets, My schedules been filled with a lot Of some fantastic talks and workshops So I’ve had to take my skills and give them a polish And even learn some polish! Like “lubie twoje oczy” And I know the friends I’ve made these past few days will not be gone tomorrow But over all what shines through to me Is this amazing sense of unity We’re all in this together So if you could all raise a glass with me to project phakama velela! -Frank Thomas

“...We need to look to the next generation, that’s where the artists will come from.”

The Velela magazine was created by the festival newsroom. Editor: Kaamil Ahmed Photos by: Caroline Gervay and Pablo Conejo Designed by: Joan Idris 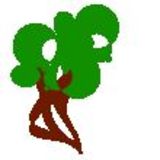