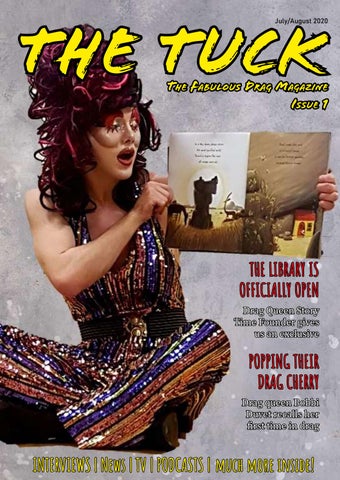 THE LIBRARY IS OFFICIALLY OPEN

In This Issue page 3: Baby drag With Bobbi Duvet

page 4: The Library is open!

FIRST TIME IN DRAG spoke to drag queen Bobbi Duvet on her first time in drag. She tells us how her drag has changed since she started 11 years ago.

How has the response been to DQST?

How did you come up with the idea of DQST?

What do you hope to achieve with DQST?

Have you seen any progressive changes?

The Libary Is Now Open

What do you hope for the future of DQST?

DRAG performer Lady Red Couture, who starred on the hit YouTube series Hey Qween, has reportedly died at the age of 43. Her friend and Hey Qween creator Jonny McGovern shared the sad news on Saturday. Lady Red starred as Christina Allure in the 2011 musical dramedy Leave It on the Floor, which was set in the world of Los Angeles ball culture. She was also in over 150 episodes of Hey Qween which featured interviews with many diﬀerent LGBTQ+ guests. Jonny posted to Twi er that her health was declining earlier this week and she was taken to the ICU where doctors were working to stablize her. Many thought she was stabilising and returning to be er health but she took a turn for the worse on Saturday morning. Many drag performers and people within the LGBTQ+ community have paid their respects to Lady Red. It’s a huge loss for the drag community and for her family. Support them via her Venmo: Lady Red Couture. The money from her Venmo will go to her family and help support them during this troubled time.

in Istanbul. He was 87. Dursunoğlu, a household name who had captured the hearts of many, had been in intensive care for three days.

5 Drag PODCASTS TO CHECK OUT

From Psycho to Priscilla: How Drag has changed in Cinema

Find out more at our website and our social accounts

It began with the bard

Join us in the first issue of The Tuck magazine ranging from interviews to features - but the focus is always drag. Sadly, in our news category we wanted to mention Chi Chi Devayne but unfortunately printed the mag before and didn't have chance to pay our respects to the beloved queen. Read our interview with Bobbi Duvet or read about the fabulous Drag Queen Story Time. We hope you enjoy this first issue and let us know what you think! Twitter: TheTuckMagazine Insta: TheTuckMagazineUK 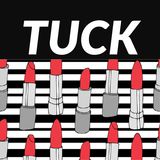