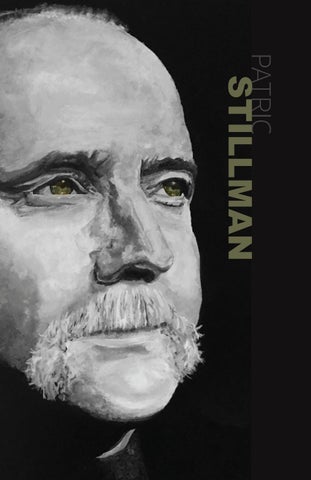 PATRIC STILLMAN Portfolio Volume One Paintings and Photography by PATRIC STILLMAN www.My-Reality.com Book Design and Layout by THE STUDIO DOOR 3750 30th Street San Diego, CA 92104-3632 www.TheStudioDoor.com Â© 2017 Patric Stillman, San Diego Please respect the integrity and vision of the featured art and artist and exercise your own creative vision and thought. No part of the contents of this book maybe reproduced without the written permission of Patric Stillman. All rights reserved.

The Artistic Journey Zeus created nine muses for the arts and sciences but forgot the muse of visual arts, so I had to become my own demigod.

I’m a self taught artist working mainly on figurative works in the medium of acrylics. With my head in the studio and paint under my nails, I understand that time has given me clarity of vision, the lack of fear to express myself honestly, and the skills to execute what is in my head. At 55 years of age, I believe that all my years have been building to this moment. Age is simply another color on my palette. My process is personal. I approach painting with a primal instinct to scratch, tap, and pull acrylic from the canvas. Within most of my paintings, this includes the illusion that is brought about by acrylic encaustic that blurs, softens and creates depth upon the surface of the canvas. This visual phenomenon provides the viewer a gentle entry point into the subject matter. My voice is social. Belief that we connect ourselves with the world in a meaningful way through creativity, I offer my artwork and experiences as a gay man to a new generation in the hope of encouraging them to embrace their uniqueness and create their own paradigms. On the canvas or in the eye of a camera, I engage the viewer through visual storytelling. I enjoy creating a sense of being dropped into the middle of a something, which compels a viewer to interpret their own account of events taking place. In the studio, I am examining the journey of my own personal identity. With these works, I am at the precipice of my creative life. I am compelled to keep working within this framework I’ve created. The setting allows for countless variations for me to shine a light on the significance of being “different.” I have ideas to incorporate photography and mixed media into my work that I have yet to explore.

Person Place or Thing places a spotlight on gay male identity using the visual iconography of film noir. Extraordinarily stylized, noir is the perfect vehicle to express the ideas within my work. The heavily shadowed black and white worlds represent a heightened form of reality. It brings the psychological themes of obsession, sexuality, disillusionment and alienation. Tripped by fate, hardboiled anti-heroes are placed into the night, which translates as the perfect allegory for homosexuality while also reversing the noir genre’s poor representation of the community as victims and undesirables.

Metamorphosis KOKORO Kokoro is a Japanese concept that may be best described as a combination of the words ‘heart’ and ‘mind.’ It is a reference to all human activity affecting the outside world through intention, emotion and intellect. In essence, this is the spirit of my creativity.

PHASE ONE: Coming out and acceptance of who we are is part of the metamorphosis for all gay men. The initial phase of this installation represents this personal journey. Before you is the naked sculpt of the artist surrounded by the artifacts of the man he was taught to be to fit into society. A streak of pink underscores the nature of the gay spirit that wonâ&#x20AC;&#x2122;t be bound by the restrictions or classifications placed upon it. Like all children, the artist eventually finds that he must leave the ideas of which he is raised and travel into a life of his own making. The suitcase, which was handed down to the artist from his father, represents the passage into self awareness.

There is an odd dichotomy between the perception of a person that we see in front of us and the reality of who that person is. Phase two transforms the inanimate sculpture into a living golem. Black and white projected images from the artistâ&#x20AC;&#x2122;s life mixed with the noirinspired imagery seemingly breaths life into the pure form of the sculpture. In reality, the sculptor remains a facade. Shared experiences offer us some insight into who we believe someone is but we remain unaware of how much of the time that person is actually living consciously. We are left to interpret that which is fleeting.

PHASE THREE: Fortitude. Imperfections. Self-acceptance. The final phase of this installation creates a permanent portrait of the artist through mixed-media collage that seeks to visually represent the foundation of the artist’s personal identity. During the exhibition, the artist will transform the sculpture into a canvas by means of collaging text, photos and paintings onto the surface. Collaged vignettes appear like tattoos on the skin of the artist’s doppelgänger reflecting the personal decisions, successes and failures that shape how the artist sees himself.

COLLABORATION DANNÉ SADLER In order to realize the unique piece titled METAMORPHOSIS for the exhibit, my life partner Danné Sadler worked with and on me during the month of June 2017 to create a life-sized canvas. Over the course of several nights, he plastered various parts of my anatomy to create a slightly larger than life version of me. The end result is a second skin that is the foundation of this three part installation.

Photograph of the artist courtesy of Jeff Caffarel

ANCESTRAL SERIES “Bold as it stands, “Grandma Kate” elegantly floats upon the wall as one of the most poetic pieces of the exhibit.” - Armando E. Padilla, Escondido Times-Advocate

Got Milk? • Milk Loves Art MILKSHAKE I was selected as one of ten artists in the State of California by Got Milk? [The California Milk Processing Board] to paint a cow sculpture for the Milk Loves Art Charity Program. The cow was on display for two years throughout Southern California before going on the auction block in the summer of 2017 for $10,000 to benefit Camp Ronald McDonald for Good Times.

The Passion of The Cut Sleeve (4 B.C.) It is said that the Emperor Ai-ti of the Han Dynasty was resting in the company of his male favorite Tung Hsien. When called to royal matters, the emperor woke to find his robe’s sleeves caught underneath his sleeping lover. Rather than disturb him, he cut off his sleeve. The story continued on to state that during his short reign Ai-ti expressed great affection for Tung Hsien who would eventually become Commander of the Armed Forces, which was the most powerful official position in Ai-ti’s administration. To this day, the term “tuan-hsui” [translated in English as “cut sleeve”] is still used as a Chinese euphemism for homosexuality.

IMPACT For a small-town boy in the late 70s struggling to understand his passions, I found myself looking for answers. When I came across a brief reference to this historic love story, I was bowled over with the thought of a love between men that was so great that a shared private moment could travel 2,000 years with its relevance intact. From that moment on, I realized I was not alone and I deserved my place at the table. I found the foundation of my pride.

The Making of BROTHERHOOD TAROT I have been creative all my life but it seemed as if everything was simply “sketches” for something yet to come. Brotherhood Tarot marked the official start of my creative life. As the new century dawned, I found myself pondering the paths that I have walked. My spirituality, my sexuality and my creativity were at the top of my mind as I began a personal “walkabout” to reconsider the assumptions I’ve made along the way. I set out, with camera in hand, to travel the length of California’s coastline seeking inspiration from the state’s natural beauty. I made my way to spend time with ancient Redwoods in the northern forests and to listen to the ranting Joshua Trees in the high desert. The entire world seemed to slow down to a comfortable pace as I contemplated my place in the world. Inspiration surrounded me and an idea was planted for the ambitious undertaking, which became Brotherhood Tarot. I decided to redefine the 78 cards of the Rider-Waite Tarot to create a Tarot that spoke to Gay men in a way that traditional decks did not. Taking a page written by Harry Hays and the international movement of Radical Faeries, I decided to fold in a love for nature, a respect for the natural state of the physical body and an understanding of the fluidity of gender. Once home, I strengthened my understanding of the Tarot. I set up a bulletin board to map out all manner of ideas. This wall-based journal allowed me a visual way to loosely interweave personal storytelling, gay history and mythology throughout my Tarot while respecting the traditions of the Rider-Waite deck. To see my vision through, I realized that this project required a small village to help me execute it. I began talking about it to everyone who would listen and was soon surrounded by all manner of curiosities and fabrics. As people arrived to the first photoshoot, I told them about the stories and the characters that they would represent. Armed with this knowledge, they were directed to seek out the tools and clothing they felt would represent the character I assigned them. Instantly, the Tarot was infused with the unique energy of the people involved. The final piece of the puzzle was put in place.

“Patric Stillman’s Brotherhood Tarot filled a specific niche in the Tarot world when it came out, and expanded the available choice of decks for those reading for clients that were either gay, or connected strongly with the gay world.” - Bonnie Cehovet, Author from her Aeclectic Tarot review

International Success BROTHERHOOD TAROT In the past decade, The Brotherhood Tarot has been shipped to hundreds of enthusiasts all over the world. To date, the cards and companion book have made their way to patrons in 39 USA states and 14 countries. As an artist, I couldn’t have asked for a better origin story and am honored by the kind comments from my LGBTQIA “Brotherhood” and Tarot enthusiasts. Their excitement provides me the inspiration to keep at my creative work.

Photograph of the artist courtesy of Danné Sadler 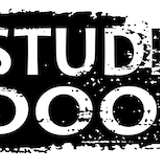