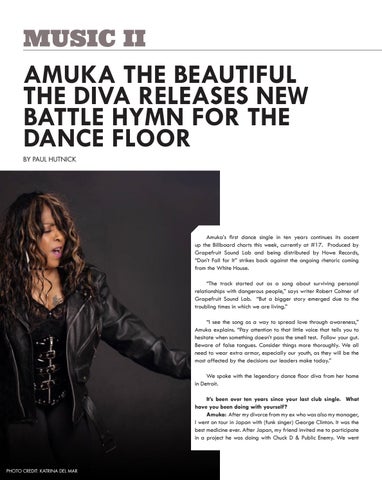 Amuka’s first dance single in ten years continues its ascent up the Billboard charts this week, currently at #17. Produced by Grapefruit Sound Lab and being distributed by Howe Records, “Don’t Fall for It” strikes back against the ongoing rhetoric coming from the White House. “The track started out as a song about surviving personal relationships with dangerous people,” says writer Robert Coitner of Grapefruit Sound Lab. “But a bigger story emerged due to the troubling times in which we are living.” “I see the song as a way to spread love through awareness,” Amuka explains. “Pay attention to that little voice that tells you to hesitate when something doesn’t pass the smell test. Follow your gut. Beware of false tongues. Consider things more thoroughly. We all need to wear extra armor, especially our youth, as they will be the most affected by the decisions our leaders make today.” We spoke with the legendary dance floor diva from her home in Detroit. It’s been over ten years since your last club single. What have you been doing with yourself? Amuka: After my divorce from my ex who was also my manager, I went on tour in Japan with (funk singer) George Clinton. It was the best medicine ever. After Japan, my friend invited me to participate in a project he was doing with Chuck D &amp; Public Enemy. We went 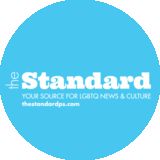