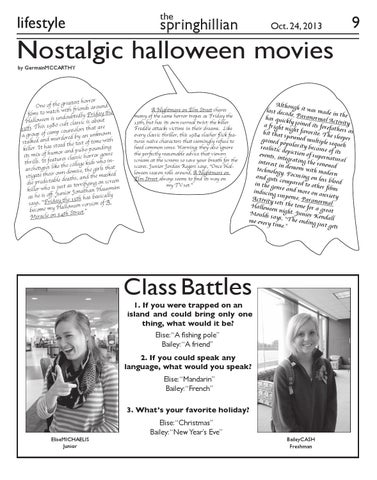 A Nightmare on Elm Street shares many of the same horror tropes as Friday the 13th, but has its own surreal twist: the killer Freddie attacks victims in their dreams. Like every classic thriller, this 1984 slasher flick features naïve characters that seemingly refuse to heed common sense. Warning: they also ignore the perfectly reasonable advice that viewers scream at the screens so save your breath for the scares. Junior Jordan Rogers says, “Once Halloween season rolls around, A Nightmare on Elm Street always seems to find its way on my TV set.”

Class Battles 1. If you were trapped on an island and could bring only one thing, what would it be? Elise: “A fishing pole” Bailey: “A friend” 2. If you could speak any language, what would you speak? Elise: “Mandarin” Bailey: “French” 3. What’s your favorite holiday? 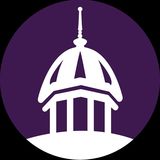