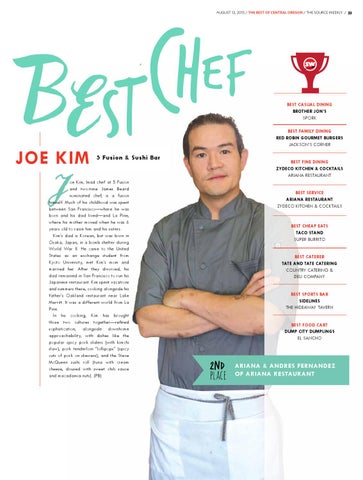 oe Kim, lead chef at 5 Fusion and two-time James Beard nominated chef, is a fusion himself. Much of his childhood was spent between San Francisco—where he was born and his dad lived—and La Pine, where his mother moved when he was 6 years old to raise him and his sisters. Kim’s dad is Korean, but was born in Osaka, Japan, in a bomb shelter during World War II. He came to the United States as an exchange student from Kyoto University, met Kim’s mom and married her. After they divorced, his dad remained in San Francisco to run his Japanese restaurant. Kim spent vacations and summers there, cooking alongside his father’s Oakland restaurant near Lake Merritt. It was a different world from La Pine. In his cooking, Kim has brought those two cultures together—refined sophistication, alongside downhome approachability, with dishes like the popular spicy pork sliders (with kimchi slaw), pork tenderloin “lollipops” (spicy cuts of pork on skewers), and the Steve McQueen sushi roll (tuna with cream cheese, doused with sweet chili sauce and macadamia nuts). (PB) 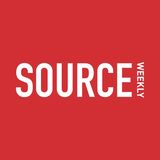