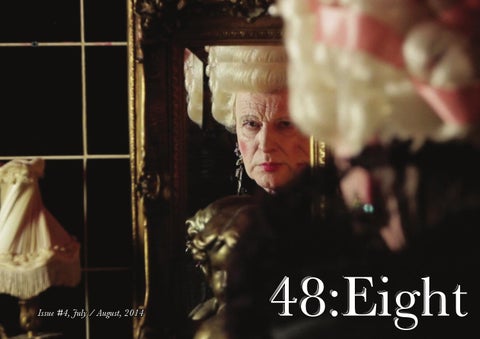 The innagural exhibition in the 48Eight Gallery space was a huge success, drawing a great crowd to come and witness the works of Olga Titus, Hermione Allsop, Henriette Hellstern Kjoller, Nathan Crothers, Nick Archer and Jonathan Hills all on show in the fabulous space. The exhibition showcased works from all over Europe, from Denmark to Switzerland and more locally from the resident artists and nearby St Leonards. The lack of wall labels giving pricing information etc. seemed to cause some consternation in various corners, but sticking to his guns the curator, Charlie Dance, was decidedly positive about his choice to allow the show to be a show of work, and not a retail space. 48:Eight galleryâ&amp;#x20AC;&amp;#x2122;s mission is to bring new artworks from different contexts into the south and east of the UK, to showcase the talent of an ever expanding and ever growing network of international talent. To give a new space to important, thought provoking and exciting new work. So. whether you like wall labels or not, the show proved to provoke a lot of conversation both in the space and evidently in the pub afterwards. But thatâ&amp;#x20AC;&amp;#x2122;s exactly what 48Eight aims to do, to provoke new conversation and stimulate thought. To bring new work to the audience, works that might never have been seen before by such an audience and to show that there is a rich, exciting and enticing world of art out there, ready to be explored. Long may it continue!

Exhibition, Lectures and Discussions from:

Migration The role of migration in the arts, Our lives, societies and our future-histories

Stephanie Rubin presented her work ‘Tracing Thames Chronicles’, her tale took us through her earlier career and to her realisation of what it was that was in people’s faces which really inspired her. From tales of staring gormlessly at people on the Underground, to searching for the stories of friends and acquaintances and their roots stretching beyond the British capital, London, finally resolving her researches and interests in the sculptural and audio piece on the following page.

Mary Goody gave us a whistle stop tour of numerous artists whose works approach the topic of Migration through her presentation entitles ‘Borders, Boundaries and Daisy Chains’. Featuring works by Xavier Ribas, Francis Alÿs, Yinka Shonibare Anna Maria Maiolino and others, this was a vibrant, enticing and thorough journey through the topic. Goody gave the audience an extremely informative and concise experience, in her hugely successful first EVER use of powerpoint!

Artist Jamie Griffiths presented the first incarnation of her piece ‘IN &amp; OUT – Air &amp; Paper’, an interactive 3D projection, inspired by her experience of the immigration process into the United States. The talk walked us through some of her previous work leading up to this point, as well as her working process, often fuelled by emotion and reaction to the world around her. The talk was rich with information and thought provoking issues affecting not just her, but each and every one of us.

Dr Gary McKay brought his energy and broad accent, providing a huge level of energy and entertainment. McKay presented a research project, a search for the lost city of Ubar, a legendary city mentioned in many religious texts. The talk explained the process of searching for the city with NASA technologies. The talk then lead onto a pseudo manifesto of ‘getting along’, which provoked both laughter and scowls from the audience. McKay freely admitted, he hoped to provoke various reactions.

In my own way

What do you do? In my works I combine my observations, life experiences, theoretical research and fantasies. Often they are media based; video-installations, documentaries, performances and multidisciplinary projects where I work with dance, poetry, visual arts and interventions. Within my projects I work both individually and collaboratively. The last two years I have been working on a theoretical research about abjection in art. I just finished my Master thesis ‘Art Abjection’ about the borders between art and the viewer and art as a trap. Here I am focussing on the response of abjection and sublime within the experience of the viewer, who can be ‘trapped’ by artworks. Here I use the term response as a symptom of relationships and dialogs between the artwork and the viewer, where I refer to the impact of images as creating bodily and mental reactions. I also question how and if the viewer can protect him or herself from the impact of an artwork and how to avoid being captured by art’s power in order to maintain authority and autonomy over the self.

Where do you do it? In bed, in the bathroom, in transit, in public spaces like museums, bars, and squares and actually not so much in my own studio. I think I was, and still am, trying to find a stable ground to live and work. But after stabilizing myself (short and long term) and being attached there for a while, my desire of moving my body and house starts to itch again. Am I in flux forever?

What are you currently working on? At the moment I am working on the projects: - Dances Beneath the Oak: Combining dance and video and exchanging each others proximity. - Global Hair Project: Here I focus on the notions of Hair, Identity, DNA and Privacy (more information: www.globalhairproject. blogspot.com) - We Are Here: Political illegality. I work with and about undocumented migrants in the Netherlands that have to rights to live, work and to participate in society in general. - Life itself

Dances Beneath the Oak The collaboration with ‘Dances Beneath the Oak’ between choreographer Annika Pannitto and me started in 2012. This project is a sequel of short dances within several group formations, based on different physical principles. With the disciplines dance and video we researched how to share a common ground between the performance and the audience. We reflected on how our bodies can relate to space, time and other bodies. We wanted to bring this approach to a work and started experimenting with the body and the camera. Out of the first studies we made, to work with dance and video, we made our first result ‘Tuning and Delay’. In this dance movements are not based an immersion, coming from outside in, but on an emersion, coming from inside out. The movements are channelled into an endless flow, revealed, repeated and retraced. Tuning is about creating a space, entering the space of the other and about the addiction of this tension. Delay is about one that is catching the traces, which the other leaves behind. Here the catcher is loosing the

sense of the self, not only by giving a part of its autonomy away, but also by being in space with the other body. For the final video Tuning and Delay we decided to get away from visual traces and effects, we used in our experiments, and to focus on the personality of the dancers and their movements and to use the original sound of the space to create a more direct environment. In Dances Beneath the Oak we focused on the constructive effects the surroundings can have on one’s borders, by focus on collectively creating traces and spaces for others and the self, as one moving organism. With this in mind we experimented with video in different ways to dance for the camera. Here we decided to have the camera on one point and use the principle of moving the centre of the body, to let the bodies ‘passing by’ the camera lens. We worked with the camera as a fixed and framed eye of the audience. An important question for translating the choreography into a video work was: When is a video a documentation of a dance? When is a video a dance video? And how to create a tension between both?

‘Consequential Movement’ is our second video work. The dance Consequential Movement is about a physical practice where a movement is a chain of events that finds its articulation in the body. With this last video we explored working with different borders of the dancers together with the camera. We didn’t only instruct the dancers to move for, but also with the camera. Hereby the camera, and the viewer, becomes involved as a part of the space of the dancers. To explore this further we also worked with the medium video itself, by showing the contrast between sharpness and blurring of the image, by showing the effect of directing the dancers, and showing different roles the dancers take on them; the change from the formal performer, to the informal self. Where moments of pressure and release finds place. Dances Beneath the Oak in an ongoing project. For the next step we will work on and with different possibilities to integrate video and dance into a performance and try to create a dialog between them.

Philosopher Gilles Deleuze argues that when a body encounters another body, it could happen that “one decomposes the other one and is destroying the cohesion of its parts”1. I argue that this other body can also be an artwork that intervenes with the borders of the viewer, where he or she is loosing authority and autonomy over the self. Philosopher Julia Kristeva, defines the ‘speaking being’, where an identity is never fixed in place, but always delocalized in its form, composition, structure and language. The subject has to discuss one’s personal territory, combined with the destabilization of physical and psychological state.

Get involved! To get in touch with us about anything: We are always open to submissions for the newsletter and our gallery space, based in The School Creative Centre in Rye, East Sussex is always open for proposals: If you would like to put anything in our listings: If you want us to put your artwork in the newsletter: If you just want someone to chat to: Email:

Featuring the &c exhibition with Nick Archer, Jonathan Hills, Hermione Allsopp, Henriette Hellstern Kjoller, Olga Titus and Nathan Crothers. The 2014 Symposium, This Migration, with Steph Rubin, Mary Goody, Jamie Griffiths and Gary McKay. And our cover story of the issue, Kim Schonewille from the Netherlands shows us around her world. 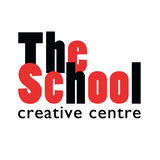 The School Creative Centre in Rye