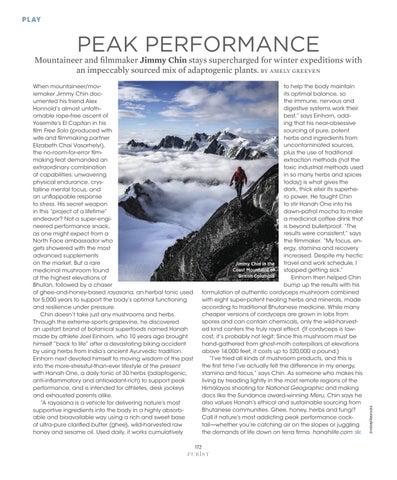 to help the body maintain its optimal balance, so the immune, nervous and digestive systems work their best,” says Einhorn, adding that his near-obsessive sourcing of pure, potent herbs and ingredients from uncontaminated sources, plus the use of traditional extraction methods (not the toxic industrial methods used in so many herbs and spices today) is what gives the dark, thick elixir its superhero power. He taught Chin to stir Hanah One into his dawn-patrol mocha to make a medicinal coffee drink that is beyond bulletproof. “The results were consistent,” says the filmmaker. “My focus, energy, stamina and recovery increased. Despite my hectic travel and work schedule, I Jimmy Chin in the Coast Mountains of stopped getting sick.” British Columbia Einhorn then helped Chin bump up the results with his formulation of authentic cordyceps mushroom combined with eight super-potent healing herbs and minerals, made according to traditional Bhutanese medicine. While many cheaper versions of cordyceps are grown in labs from spores and can contain chemicals, only the wild-harvested kind confers the truly royal effect. (If cordyceps is lowcost, it’s probably not legit: Since this mushroom must be hand-gathered from ghost-moth caterpillars at elevations above 14,000 feet, it costs up to $20,000 a pound.) “I’ve tried all kinds of mushroom products, and this is the first time I’ve actually felt the difference in my energy, stamina and focus,” says Chin. As someone who makes his living by treading lightly in the most remote regions of the Himalayas shooting for National Geographic and making docs like the Sundance award-winning Meru, Chin says he also values Hanah’s ethical and sustainable sourcing from Bhutanese communities. Ghee, honey, herbs and fungi? Call it nature’s most addicting peak performance cocktail—whether you’re catching air on the slopes or juggling the demands of life down on terra firma. hanahlife.com

When mountaineer/moviemaker Jimmy Chin documented his friend Alex Honnold’s almost unfathomable rope-free ascent of Yosemite’s El Capitan in his film Free Solo (produced with wife and filmmaking partner Elizabeth Chai Vasarhelyi), the no-room-for-error filmmaking feat demanded an extraordinary combination of capabilities: unwavering physical endurance, crystalline mental focus, and an unflappable response to stress. His secret weapon in this “project of a lifetime” endeavor? Not a super-engineered performance snack, as one might expect from a North Face ambassador who gets showered with the most advanced supplements on the market. But a rare medicinal mushroom found at the highest elevations of Bhutan, followed by a chaser of ghee-and-honey-based rayasana, an herbal tonic used for 5,000 years to support the body’s optimal functioning and resilience under pressure. Chin doesn’t take just any mushrooms and herbs. Through the extreme-sports grapevine, he discovered an upstart brand of botanical superfoods named Hanah made by athlete Joel Einhorn, who 10 years ago brought himself “back to life” after a devastating biking accident by using herbs from India’s ancient Ayurvedic tradition. Einhorn next devoted himself to moving wisdom of the past into the more-stressful-than-ever lifestyle of the present with Hanah One, a daily tonic of 30 herbs (adaptogenic, anti-inflammatory and antioxidant-rich) to support peak performance, and is intended for athletes, desk jockeys and exhausted parents alike. “A rayasana is a vehicle for delivering nature’s most supportive ingredients into the body in a highly absorbable and bioavailable way using a rich and sweet base of ultra-pure clarified butter (ghee), wild-harvested raw honey and sesame oil. Used daily, it works cumulatively 172 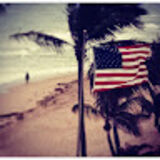 Articles from The Purist Winter 2018 Issue 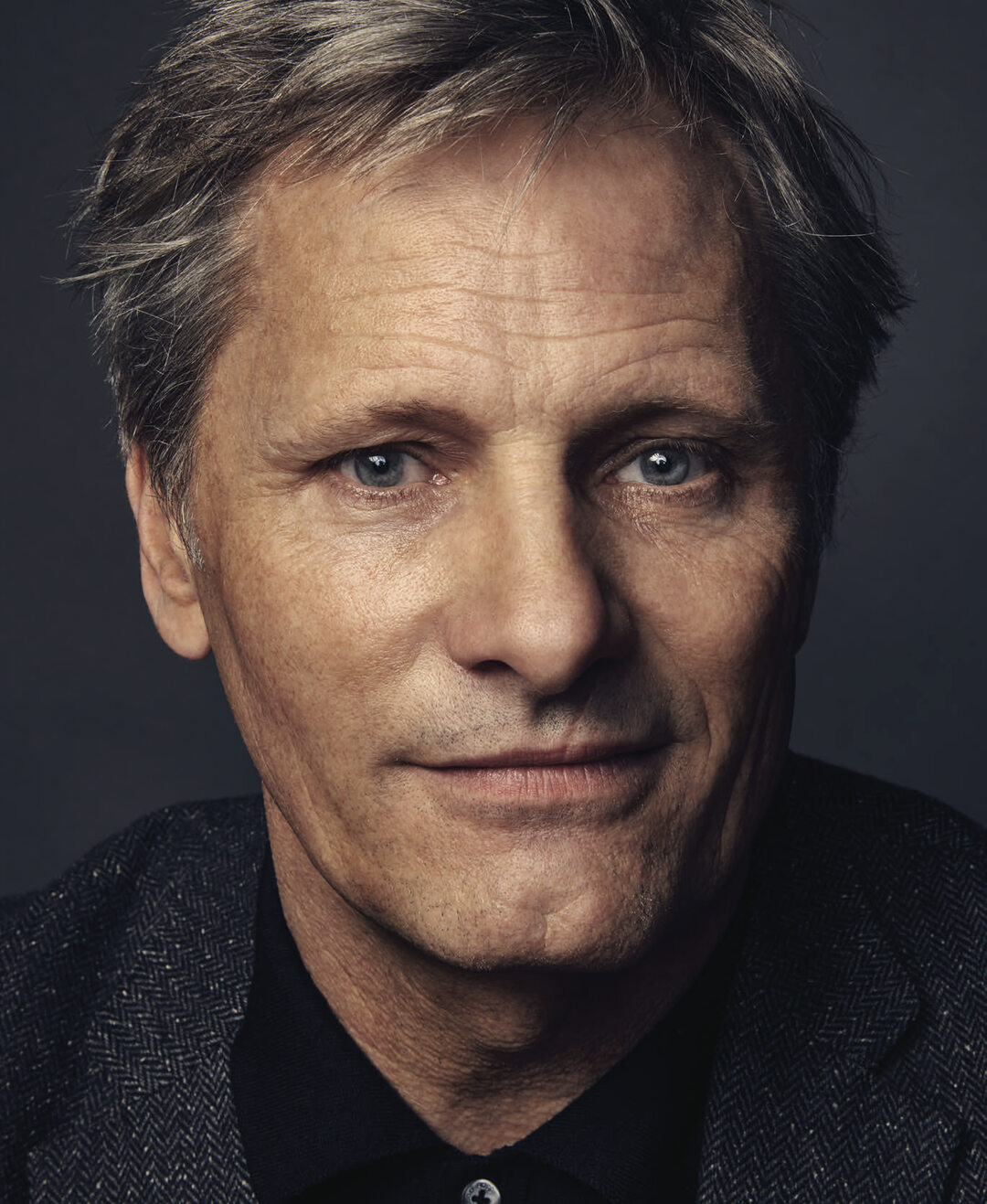 More from The Purist