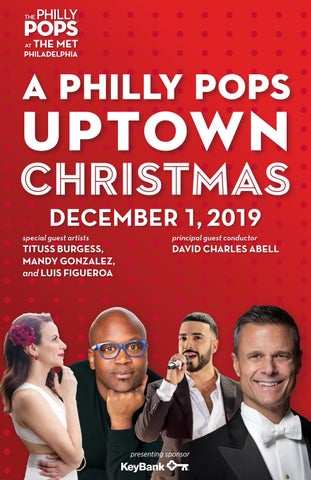 DAVID CHARLES ABELL Born in North Carolina, Principal Guest Conductor David Charles Abell grew up in the Mt. Airy neighborhood of Philadelphia, attending Germantown Friends School through the sixth grade. A gifted musician from a young age, his study of trumpet, viola, piano, and composition eventually led to a concentration on conducting. He attended Yale University, the Juilliard School, and the Conservatoire Américain in France, where he studied under Nadia Boulanger.    At age 13, David met Leonard Bernstein while singing in the world premiere of Bernstein’s Mass in Washington, D.C. Ten years later, David assisted his teacher John Mauceri in the tenth anniversary production of Mass, leading to a close association with Bernstein — as both a conducting student and as an editor of Bernstein’s music.       David made his debut with The Philly POPS in 2013’s Christmas Spectacular, returning again in 2014 and 2015. He has since conducted Blockbuster Broadway in 2017, Lenny’s Revolution in 2018,  Cole Porter’s Broadway  in 2019,  and will lead 2020’s  Sondheim: A 90th Birthday Celebration.    In addition to his work with The Philly POPS, David conducts concerts, opera, and theatre performances around the world. He has performed with such distinguished artists as Dame Judi Dench, Dame Emma Thompson, Heather Headley, Idina Menzel, Petula Clark, Andrea Bocelli, Josh Groban, and Matthew Morrison. He has conducted many prominent orchestras, including the London Symphony, Royal Philharmonic, Vienna Symphony, Orchestre Philharmonique de Radio France, Atlanta and Cincinnati Symphonies, and Boston Pops.    David is widely known to TV audiences for the 10th and 25th anniversary Les Misérables concerts, both of which have become PBS fund-raising perennials. In the UK, he has performed many times on television, most notably as conductor of the immensely successful Sondheim 80th birthday Prom and as the conductor for four years of the Olivier Awards, the UK’s equivalent to the Tony Awards. Recently, he made his Zurich Opera debut with Sweeney Todd, starring Sir Bryn Terfel.    David currently lives in London.

TITUSS BURGESS Emmy and SAG nominated actor, musician, and writer Tituss Burgess is quickly emerging as one of the entertainment industry’s most versatile and dynamic performers, with his work in television and theater generating both critical and commercial acclaim. Burgess will next appear in Netflix’s Dolemite Is My Name, alongside Eddie Murphy, Keegan Michael Key, Mike Epps, and Craig Robinson. The film tells the story of performer Rudy Ray Moore, who assumed the role of an iconic pimp named Dolemite during the 1970s and will be released Fall 2019. Burgess previously appeared in the Netflix romantic comedy  Set It Up  alongside Taye Diggs, Lucy Liu, Glen Powell and Zoey Deutch, which was released on June 15, 2018. Burgess also lent his voice to two major studio films: The Angry Birds Movie and Smurfs: The Lost Village. Most notably, Burgess starred as ‘Titus  Andromedon’ in the Emmy®-nominated comedy series  Unbreakable Kimmy Schmidt, opposite Ellie Kemper. For the actor’s scene-stealing performance on the series’ four seasons,Burgess was nominated for four Emmy® Awards for Outstanding Supporting Actor in a Comedy Series, a SAGAward for Outstanding Performance by a Male Actor in a Comedy Series and two Critics’ Choice TV Awards forBest Supporting Actor in a Comedy Series. He was also awarded Best Actor at the 2015 Webby Awards and Best Supporting Actor in a Comedy at the 2015 Gold Derby TV Awards. The actor was first introduced to television audiences in Tina Fey’s Emmy®-winning NBC series 30 Rock, where he played the scene-stealing ‘D’Fwan,’ a vivacious hairdresser and the sidekick of Angie Jordan (Sherri Shepherd). Burgess quickly became a breakout star in the series’ fifth and sixth seasons. His other television credits include A Gifted Man, Blue Bloods, and Royal Pains. A veteran of the stage, Burgess made his Broadway debut in 2005 as Eddie in Good Vibrations. Since, he has held many memorable roles on the Broadway stage including Hal Miller in Jersey Boys, Sebastian the Crab in The Little Mermaid, and Nicely-Nicely Johnson in the 2009 revival of  Guys and Dolls.  Burgess recently acquired the rights to the beloved film  The Preacher’s Wife. The movie turned Broadway Musical will include an original score and lyrics by Burgess, book by Azie Dungey. Burgess recently debuted his third album, Saint Tituss, on July 26, 2019. In its opening week, it was No. 16 on the Billboard Top 100 album sales chart.

MANDY GONZALEZ Called by Lin-Manuel Miranda, the creator of the musical sensation Hamilton, “one of the greatest singers on earth,” Mandy Gonzalez has thrilled audiences on Broadway, lit up the screen on television, and started a social movement. Mandy currently stars as Angelica Schuyler in Hamilton and on the CBS hit, Madam Secretary. On stage, the dynamic range of Mandy’s voice sets a new standard — one moment, she can be soft and sultry, the next moment, she can shake the rafters. Mandy is a Warner Music artist and recently released her debut album, “FEARLESS,” which debuted at #13 on the iTunes pop charts. Mandy is also known for originating the role of Nina Rosario in the Tony award-winning show, In the Heights. She also starred as Elphaba in the Broadway production of Wicked — blowing the roof off of the Gershwin Theatre every night.   Mandy is the proud founder of #FearlessSquad — a social media movement for inclusiveness and positivity. #FearlessSquad connects millions of people around the world, encourages them to be their best selves, and helps them empower each other.  Mandy is also an author — she recently published a widely-cited article in the Harvard Business Review on how to overcome the fear of public speaking and be more confident in communication and leadership.    Mandy has performed with The Philly POPS as the lead vocalist for A Philly POPS Christmas: Spectacular Sounds of the Season in 2018. She also sang for the POPS on July 4, 2017 where her version of “This Land is Your Land” shook the crowd.

LUIS FIGUEROA Luis Figueroa is the multi-talented Puerto Rican singer and songwriter posed to become the next Latin pop sensation. “La Especialista” his first release for Sony Music Latin has an infectious vibe blending acoustic guitars and rich melodies showcasing his distant vocals.  From child talent to YouTube stardom Luis’s journey has taken to him to some of the most prestigious stages in the world working alongside some of the greatest icons in the industry. After gaining attention through several videos uploaded to his YouTube page, Luis signed with Magnus Media, music titan Marc Anthony’s entertainment company in mid 2017.  His rendition of “Flor Pálida” won him a Premio Juventud for “Best Cover Video” and he performed the song live alongside his idol on the show. Combining both his musical and acting capabilities Luis had a featured role in the acclaimed music-themed Telemundo television series Guerra De Ídols (2017).  Alongside Pedro Capó and Christian Pagan he interpreted the series theme song, “Tequila Pa’la Razón” performing it live at the 2017 Billboard Latin Music Awards. In 2018, he joined Sebastián Yatra and Lary Over for the urban-pop smash “Por Perro”, which racked up over 430 million views on YouTube to date and reached #16 on Billboard’s Latin Pop Songs chart.  The single was certified 4x-Platinum by the RIAA® and nominated for Video of the Year at the 2019 HTV Heat Awards.  Luis showcased the single during Romeo Santos’s Golden Tour performing it to sold out stadiums across Latin America.  Luis appeared on Norwegian EDM artist Matoma’s track “Telepatía” off his One in a Million album and his collaboration “Pa Las Babies” featuring labelmate Yashua followed featuring a steamy music video shot in Miami.  Luis has also contributed his writing skills for the Fifty Shades Freed [Original Motion Picture Soundtrack] on the Spanish Version of the Sabrina Claudio song, “Cross Your Mind”.  As well as work on the debut album for Hamilton star Anthony Ramos. Through his childhood experiences, musical evolution and songwriting Luis; an alum of Berklee College of Music has perfected his craft and is now ready to present his artistic vision to the world.

ST. THOMAS GOSPEL CHOIR The African Episcopal Church of St. Thomas Gospel Choir (STGC) is from the Historic African Episcopal Church of Philadelphia, where the Reverend Canon Martini Shaw is the Rector. The STGC currently consists of 60 spirit-filled, energetic, singers, ministers, and musicians of all ages and backgrounds. The choir’s membership represents more than 10 different area churches. The STGC shares their music ministry at over 100 services, programs, concerts, and celebrations of all kinds every year. In 2013, STGC was named “The Best Regional Choir” in Verizon’s Music Competition, How Sweet The Sound, and the choir performed to a sold-out audience at Radio City Music Hall in New York City. In 2015, the STGC won “Traditional CD of the Year” and Walt Blocker won “Producer of the Year” at the The Rhythm of Gospel Music Awards held in Memphis. Locally and nationally, the STGC has received numerous awards and recognition, including the PHL LIVE Center Stage competition for “Best in Gospel Music” for which the choir was recognized by the Philadelphia City Council. STGC has more than five musical recordings that showcases their various styles and love of all music from original service mass music to soul-stirring gospel music. The most recent is Part 1 of their first Holiday Music EP now available. The STGC regularly performs several genres of music including gospel, classical, Motown, pop favorites, and classics such as Stevie Wonder, U2, Gladys Knight, and Elton John, and will join the POPS in 2020 for its tribute to Aretha Franklin. STGC has appeared in the Lee Daniels movie soundtrack of The Woodsman and the English version of the international cartoon Kikoriki, as well as several plays and other musicals. The St. Thomas Gospel Choir has performed in San Jose and Limon in Costa Rica and completed an 11-day tour in Rome, Venice, and Florence, Italy in June 2018. The STGC will be singing for the Inauguration Ceremony for the Mayor and City Council this January at The Met Philadelphia and also will be the featured Artist at the May Festival in Cincinnati in 2020 with the Cincinnati Orchestra.

WALTIER BLOCKER, MUSIC DIRECTOR is the co-minister of music with his Creative and Performing Arts classmate, Dr. Jay Fluellen, at the historic African Episcopal Church of St. Thomas in Philadelphia. Walt attended both Westminster Choir College and the University of the Arts and studied church music, opera, and music education. Walt is a classically-trained singer and is a well-known bass soloist, music director, recording producer, song writer, vocal coach, actor, and often writes music with The Philly POPS, for the Washington National Cathedral, national music conventions, and churches and choirs around the country. Waltier also serves on the national board as a consultant for musical changes and addendums for the Episcopal Church. Walt has performed and worked with directors, singers, and musical artists all over the U.S. and Europe. Walt is known for demanding excellence. His passion for music, combined with years of varied experience and knowledge and most of all love of God, brings out the best in everyone with whom he works.

It Came Upon the Midnight Clear It came upon the midnight clear,  That glorious song of old,  From angels bending near the earth,  To touch their harps of gold:  "Peace on the earth, goodwill to men,  From heaven's all-gracious King."  The world in solemn stillness lay,  To hear the angels sing. 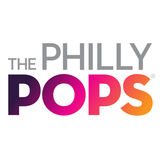