The Darker Side Agenda 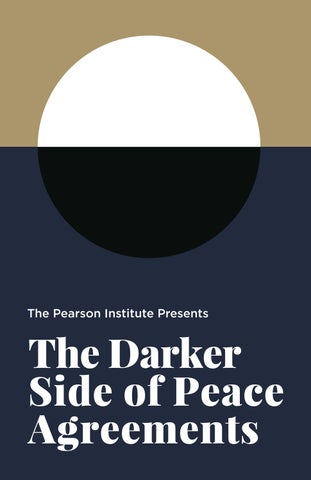 The Pearson Institute For The Study And Resolution Of Global Conflicts

The Pearson Institute for the Study and Resolution of Global Conflicts promotes discussion, understanding, and resolution of global conflicts through research, education and engagement with the global policy community. The Pearson Institute fills a critical gap by identifying data-driven strategies to reduce or mitigate global conflicts and by informing policy in ways that ultimately help create a world more at peace.

Chair: Susan Stokes; Tiffany and Margaret Blake Distinguished Service Professor and Director of the Chicago Center on Democracy at the University of Chicago

Chair: Emily Lynn Osborn; Associate Professor of African History, African Studies, and The College at the University of Chicago

James Robinson James Robinson is the Reverend Dr. Richard L. Pearson Professor of Global Conflict Studies and University Professor at the Harris School of Public Policy at the University of Chicago and Institute Director of The Pearson Institute for the Study and Resolution of Global Conflicts. Robinson conducts research in the field of political and economic development and the factors that are the root causes of conflict and has a particular interest in Latin America and Sub-Saharan Africa. He is widely recognized as the co-author of Why Nations Fail: The Origins of Power, Prosperity, and Poverty, with Daron Acemoglu, the Elizabeth and James Killian Professor of Economics at MIT. Translated into 37 languages since its publication in 2012, the book offers a unique historic exploration of why some countries have flourished economically while others have fallen into poverty.

Richard English Richard English is Professor of Politics at Queenâ&amp;#x20AC;&amp;#x2122;s University Belfast, where he is also Distinguished Professorial Fellow in the Senator George J. Mitchell Institute for Global Peace, Security and Justice, and the Universityâ&amp;#x20AC;&amp;#x2122;s Pro-Vice-Chancellor for Internationalization and Engagement. Between 2011 and 2016 he was Wardlaw Professor of Politics in the School of International Relations, and Director of the Handa Centre for the Study of Terrorism and Political Violence (CSTPV), at the University of St Andrews. He is the author of eight books, including the award-winning studies Armed Struggle: The History of the IRA (2003) and Irish Freedom: The History of Nationalism in Ireland (2006). His most recent book, Does Terrorism Work? A History, was published in 2016 by Oxford University Press. He is also the co-editor/editor of a further six books and has published more than fifty journal articles and book chapters. He is a frequent media commentator on terrorism and political violence, and on Irish politics and history, including work for the BBC, CNN, ITN, SKY NEWS, NPR, RTE, the Irish Times, the Times Literary Supplement, Newsweek, the Guardian, and the Financial Times. He is a Fellow of the British Academy (FBA), a Member of the Royal Irish Academy (MRIA), a Fellow of the Royal Society of Edinburgh (FRSE), a Fellow of the Royal Historical Society (FRHistS), an Honorary Fellow of Keble College Oxford, and an Honorary Professor at the University of St Andrews. In 2018 he was awarded a CBE for services to the understanding of modern-day terrorism and political history. He has delivered invited Lectures about his research in more than twenty countries.

Andrew Thomson is a lecturer at Queenâ&amp;#x20AC;&amp;#x2122;s University Belfast and a Fellow at the Senator George J. Mitchell Institute for Global Peace, Security and Justice. His research interests reside primarily in the areas of pro-government militias and civilian defense forces, state violence, counterinsurgency, and multi-party peace processes. He is also on the governing council of the Conflict Research Society (CRS), and runs the CRS Book of the Year Prize.

Maria Angélica Bautista Maria Angélica Bautista is an Assistant Professor at the University of Chicago Harris School of Public Policy. Maria’s research focuses on the political, economic and social consequences of stateled repression. Her PhD dissertation studied the case of military dictatorship in Chile based on a unique dataset she collected and explores the extent to which repression affected individual political preferences, behavior and economic outcomes by comparing subjects who were victims of political torture or imprisonment by the state to subjects who did not. She also studies the heterogeneous effects and the intergenerational consequences of repression.

Nussaibah Younis Dr. Nussaibah Younis is an expert on Iraqi politics, society and foreign policy. She is currently Senior Adviser to the European Institute of Peace, where she designs and implements high level mediation processes with a view to furthering stability in Iraq. She is also the Founder and Director of the Iraq Leadership Fellows Program at the American University of Iraq, which trains political and civil society activists in campaigning skills. Dr. Younis was previously Director of the Task Force on the Future of Iraq at the Atlantic Council, which brought together experts and practitioners working on Iraq from all over the world in in order to design a long-term US-Iraq strategy. Dr. Younis has PhD in International Relations, and completed a Post-Doctoral Fellowship at the Harvard Kennedy Schoolâ&amp;#x20AC;&amp;#x2122;s Belfer Center.

Conor Gearty Conor Gearty is Professor of Human Rights Law at the London School of Economics. He has directed LSE’s Centre for the Study of Human Rights between 2002 and 2009, and its Institute of Public Affairs from 2012 until 2016. He is a founding member of the barristers’ chambers Matrix from where he practices law, specializing in public law and human rights. He has appeared in the High Court, the Court of Appeal and the House of Lords. He is a fellow of the British Academy and a Bencher of Middle Temple. He is also an Honorary Bencher of the King’s Inn in Dublin and an Honorary Member of the Royal Irish Academy. He has four honorary degrees, from the University of Roehampton, Brunel University, Sacred Heart University (USA) and University College Dublin. Conor Gearty’s scholarship is mainly in the fields of human rights, terrorism and civil liberties. His most recent books include On Fantasy Island. Britain, Strasbourg and Human Rights (Oxford University Press, 2016) and Liberty and Security (Polity, 2013).

Tom Ginsburg Tom Ginsburg is the Leo Spitz Professor of International Law at the University of Chicago, where he also holds an appointment in the Political Science Department. He holds B.A., J.D. and Ph.D. degrees from the University of California at Berkeley. He currently co-directs the Comparative Constitutions Project, an NSF-funded data set cataloging the worldâ&amp;#x20AC;&amp;#x2122;s constitutions since 1789, that runs the award-winning Constitute website. His latest book is How to Save a Constitutional Democracy (2018, with Aziz Huq), and his other books include Judicial Reputation: A Comparative Theory (2015) (with Nuno Garoupa); The Endurance of National Constitutions (2009) (with Zachary Elkins and James Melton), which won the best book award from Comparative Democratization Section of American Political Science Association; and Judicial Review in New Democracies (2003), winner of the C. Herman Pritchett Award. He is a member of the American Academy of Arts and Sciences. Before entering law teaching, he served as a legal advisor at the Iran-U.S. Claims Tribunal, The Hague, Netherlands, and he has consulted with numerous international development agencies and governments on legal and constitutional reform. He currently serves a senior advisor on Constitution Building to International IDEA.

Timothy Longman Professor Timothy P. Longman is an associate professor of political science and international relations and is the director of the Institute on Culture, Religion, and World Affairs (CURA) in the Pardee School. His research focuses on state-society relations in Africa, looking in particular at human rights, transitional justice, religion and politics, gender and politics, and the politics of race and ethnicity. He has published two books with Cambridge University Press, Memory and Justice in Post-Genocide Rwanda (2017) and Christianity and Genocide in Rwanda (2010). He is currently working on a book comparing church-state relations throughout Africa. He served for eight years as the director of BUâ&amp;#x20AC;&amp;#x2122;s African Studies Center.

Susan Stokes Susan Stokes is the Tiffany and Margaret Blake Distinguished Service Professor and Director of the Chicago Center on Democracy. Her research has been supported by the National Science Foundation, the Guggenheim Memorial Foundation, the MacArthur Foundation, Fulbright, the American Philosophical Society, and the Russell Sage Foundation. She is a member of the American Academy of Arts and Sciences. Her research interests include democratic theory and how democracy functions in developing societies; distributive politics; and comparative political behavior.

Her co-authored book, Brokers, Voters, and Clientelism (Cambridge, 2013) won best-book prizes from the Comparative Politics (Luebbert Prize) and Comparative Democratization sections of APSA. Among her earlier books, Mandates and Democracy: Neoliberalism by Surprise in Latin America (Cambridge, 2001), received prizes from the APSA Comparative Democratization section and from the Society for Comparative Research. Her articles have appeared in journals such as the American Political Science Review, World Politics, and the Latin American Research Review.

Emily Lynn Osborn Emily Lynn Osborn is Associate Professor of African History at the University of Chicago. She is a specialist of West African history and has carried out ethnographic and archival research in GuineaConakry, Senegal, Mali, Cote dâ&amp;#x20AC;&amp;#x2122;Ivoire, Sierra Leone, Ghana, and The Gambia. She is the author of Our New Husbands Are Here: Households, Gender, and Politics in a West African State from the Slave Trade to Colonial Rule, which investigates the history of gender and state-making in Guinea-Conakry, West Africa. Osborn has also published articles and chapters on colonial intermediaries; the history of labor in Africa; slavery and the Atlantic world; and the global history of chemistry. Currently, Osborn is writing a book on artisans and processes of technology transfer and diffusion in West Africa. In 2016, Osborn was awarded the University of Chicagoâ&amp;#x20AC;&amp;#x2122;s Quantrell Award for Excellence in Undergraduate Teaching.

The Darker Side Agenda 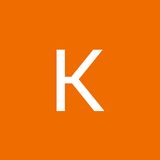