Closeted: A Conversation About the LGBT+ 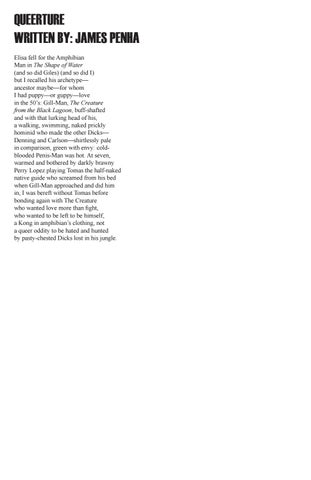 QUEERTURE WRITTEN BY: JAMES PENHA Elisa fell for the Amphibian Man in The Shape of Water (and so did Giles) (and so did I) but I recalled his archetype— ancestor maybe—for whom I had puppy—or guppy—love in the 50’s: Gill-Man, The Creature from the Black Lagoon, buff-shafted and with that lurking head of his, a walking, swimming, naked prickly hominid who made the other Dicks— Denning and Carlson—shirtlessly pale in comparison, green with envy: coldblooded Penis-Man was hot. At seven, warmed and bothered by darkly brawny Perry Lopez playing Tomas the half-naked native guide who screamed from his bed when Gill-Man approached and did him in, I was bereft without Tomas before bonding again with The Creature who wanted love more than fight, who wanted to be left to be himself, a Kong in amphibian’s clothing, not a queer oddity to be hated and hunted by pasty-chested Dicks lost in his jungle.

Closeted: A Conversation About the LGBT+

Closeted: A Conversation About the LGBT+ is a special issue surrounding the LGBT+ community released by the Paragon Press. 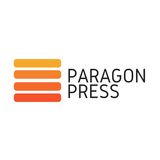