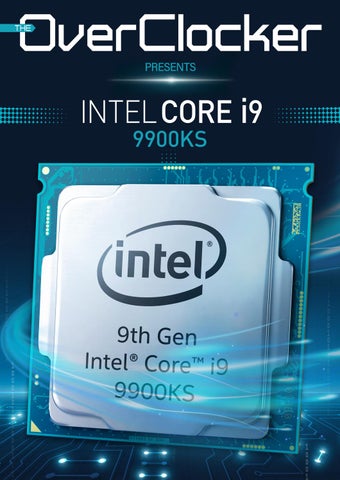 What do you get when you take the fastest gaming CPU and make it faster? Well, you get the Core i9 9900KS, that’s what. The first time we had a CPU capable of operating at 5GHz was the ill-fated FX-9590. More recently and more successfully the original Core i9 9900K. The 9900KS goes the extra mile with an all core Turbo frequency of 5GHz.

ay what you will about that, but we can't deny the performance this brings to PC gaming. Before we continue though it's worth noting that while the high frequency is appreciated, there are times under specific workloads where the CPU will reduce it's clock right down to the base 4GHZ.

That said, throughout all the testing, even under heavy loads, I didn't manage to record frequencies lower than 4100MHz. With all the motherboard clock frequency and power extending features disabled, clock frequency during gaming remained high, occasionally dipping to 4,9GHz. That’s all fine and well, however, but the question is,

can this CPU justify its existence given that we already have an i9 9900K and 9900KF? Well, - yes it can. With the regular 9900s, you’re more than likely to hit 5GHz across all cores, the difference is that the 9900KS guarantees it. As even the worst one would qualify as an above average 9900K/KF. More so than with previous CPUs, Intel has positioned the 9900KS as the best performing CPU for gaming money can buy. rightfully I might add, if only because the in game performance numbers show this to be true. Amazing when one remembers that, not too long ago, there was little to no scaling at anything above 4.5GHz on 7th/ 8th gen CPUs.

However, the advent of RTX 2080 and more powerful GPUs has once again allowed modern desktop CPUs to stretch their legs. As it is, full HD gaming is CPU or platform limited with a GeForce RTX 2080 Super, but more specifically the GeForce RTX 2080 Ti. I mention these graphics cards because at this resolution, they have placed the performance burden once again on the host CPU and its memory sub-system. Case in point is in the performance testing I performed for this edition of the TOC Presents series. It turns out that game performance scales up to 5.2GHz and possibly beyond.

Intel has positioned this as the most proficient

used in testing). Some may wonder what the point would be in paying sometimes close to $600 for a CPU, only to disable threads. Well, remember that, the Core i9 9900KS is literally a gaming CPU. If you need the thread count for productivity work-loads, you may want to head over to Intelâ&#x20AC;&#x2122;s HEDT platform or even better, consider the competition's

offering. Thereâ&#x20AC;&#x2122;s no denying that in terms of bang for buck, power efficiency and platform features, the competing ecosystem is in many ways superior to what Intel is offering with Z390 and the 9th gen Core CPUs. This is no secret, but also of little to no relevance if gaming is your primary concern. Again, no other CPU can deliver frame rates at the pace the i9 9900KS does.

To achieve said 5.2GHz required that one disable Hyper-threading for some thermal headroom. Despite the loss of eight compute threads, the frequency jump more than makes up for this and the CPU delivers increased in game performance. It seems modern games scale up to eight threads, but not much after (at least the ones

CPU in their line up for gaming and the numbers are in agreement with this.

Extreme Overclocking Special Edition So, this is an interesting situation for the 9900KS. On paper, this is some of, if not the best silicon available from Intel. This special edition SKU is comprised entirely of the better dies, which is how Intel can deliver such a frequency. Best silicon or not though, the 9900KS has to contend with some incredible 9900K and 9900KF CPUs already in the wild. That is, both these CPUs have been shown to reach well over 7GHz with liquid Nitrogen. For example, consider a Core 9900KF that's 7GHz capable. That CPU would have likely been a candidate for a 9900KS badge.

It is also likely that this CPU is as good as the best 9900KS samples and better than a number of them. Does that mean the 9900KS is a failure when it comes to extreme overclocking? Well, I’d say No. For the simple reason that, what’s changed here is the product name, not the substance or silicon if you will. There’s nothing technically different between the original Core i9 9900K and the Special Edition. It’s literally binned and configured accordingly for ambient cooling use. To further illustrate this point, consider the following.

The current 8 core SuperPi 1M record is held by rsannino, using a Core i9 9900KF at 7467MHz. Another CPU I suspect, had Intel been binning at the time for Special Edition CPUs, would have easily qualified as a 9900KS. While no 9900KS held a single record at the time of writing, all the 8 core records were/are with the 'regular' 9900K and 9900KF. As such, it would be unreasonable to question the KS overclocking credentials based purely on the number of entires on HWBOT or lack thereof. If you do need some score however, do head on over to Splave’s (World #2) top eight GeekBench3 Multi Core result at 6,936MHz. Only 54MHz lower than OGS's 9900K CPU which claims the #1 spot in the benchmark.

In terms of extreme overclocking then, the 9900KS is as good as the best 9900K samples out there. Thus, if you ‘re going to be targeting eight core records, you’re better off buying an untested Core i9 9900KS than anything else, because they all have the best silicon to come from Intel at this node.

Right from the beginning I had suspected that overclocking would be the same or slightly better than what the original 9900K offered. This turned out to

at less than the default load voltage. What that means is that 1.225v at 5GHz across all cores was Prime95 stable. Peak temperatures were 91’C, but in game load temperatures peaked at 71’C, but usually in the early to mid 60s. A sustained 5GHz across all cores, along with a moderate increase in the Uncore/Northbridge clock and DRAM clock added about 8.5% in performance over the default/ reference result. Switching off Hyper-threading and using the 5.2GHz clock saw an increase of

be somewhat true though it would have been better being able to reach at least 5.1GHz. Since this was not possible, I investigated just what configuration would be viable if one found themselves with such a sample. Well, it turns out that you can do a lot of interesting things with the CPU that not only increase performance but more importantly keep power consumption and temperatures in check. This particular 9900KS sample, could maintain 5GHz across all cores for an indefinite time period,

When it comes to gaming and extreme overclocking, the Core i9 9900KS is undoubtedly - King of the hill. 11% over the reference result. In FPS lingo that translates into an average of 150fps for this configuration versus 135fps at default settings. For more-detailed performance figures, check out the video with the benchmarks.

Personally I lean to towards the 8C/8T setup. Reason being, it consumes less power than the 16 thread 5GHz setup and subsequently runs cooler. At the same time though you get better gaming performance. To that end In-game power consumption rarely exceeded

110watt, which is lower than the rated TDP of the CPU. On average one would see between 67 to 104 Watts during game play. Easy enough for all sorts of coolers to deal with and should be possible on almost all if not all 9900KS CPUs you can buy.

Conclusion – King Of The Hill In closing what can one say about the Core i9 9900KS? Well, I can tell you it’s fast. It’s literally what you need if gaming nirvana is what you seek. Yes, you can buy other 9th gen Core CPUs that can match this performance with overclocking. However, none of them can match it’s out the box

performance. In terms of how the 9900KS stacks up against the competition, the special edition makes up for it all with sheer frequency. Against the competition’s eight core offering, the 9900KS was consistently ahead even in productivity applications only losing out in Handbrake 4K to FHD encoding and of course the Maxxon CineBench tests.

side of that, the 9900KS is without a doubt the fastest gaming CPU in existance. With the desktop CPU market as is, perhaps there aren’t many spheres where INTEL can beat it’s proverbial chest, but when it comes to gaming and extreme overclocking, the Core i9 9900KS is - King of the hill. 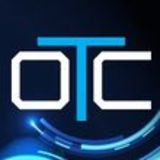 Intel has released what could be the last hurrah for the their 9th generation Core CPUs. There couldn't be a better way to celebrate than wi...

Intel has released what could be the last hurrah for the their 9th generation Core CPUs. There couldn't be a better way to celebrate than wi...