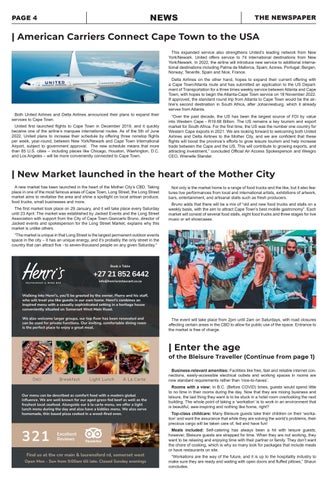 Both United Airlines and Delta Airlines announced their plans to expand their services to Cape Town. United first launched flights to Cape Town in December 2019, and it quickly became one of the airline’s marquee international routes. As of the 5th of June 2022, United plans to increase their schedule by offering three nonstop flights per week, year-round, between New York/Newark and Cape Town International Airport, subject to government approval. The new schedule means that more than 85 U.S. cities – including places like Chicago, Houston, Washington, D.C. and Los Angeles – will be more conveniently connected to Cape Town.

Delta Airlines on the other hand, hopes to expand their current offering with a Cape Town/Atlanta route and has submitted an application to the US Department of Transportation for a three times weekly service between Atlanta and Cape Town, with hopes to begin the Atlanta-Cape Town service on 18 November 2022. If approved, the standard round trip from Atlanta to Cape Town would be the airline’s second destination in South Africa, after Johannesburg, which it already serves from Atlanta. “Over the past decade, the US has been the largest source of FDI by value into Western Cape - R19.68 Billion. The US remains a key tourism and export market for South Africa. For the first time, the US was the number one country for Western Cape exports in 2021. We are looking forward to welcoming both United Airlines and Delta Airlines to the Mother City, and we are confident that these flights will boost the province’s efforts to grow leisure tourism and help increase trade between the Cape and the US. This will contribute to growing exports, and attracting investment,” concluded Official Air Access Spokesperson and Wesgro CEO, Wrenelle Stander.

| New Market launched in the heart of the Mother City A new market has been launched in the heart of the Mother City’s CBD. Taking place in one of the most famous areas of Cape Town, Long Street, the Long Street market aims to revitalise the area and shine a spotlight on local artisan produce, food trucks, small businesses and more. The first market took place on 29 January, and it will take place every Saturday until 23 April. The market was established by Jacked Events and the Long Street Association with support from the City of Cape Town.Giancarlo Bruno, director of Jacked events and spokesperson for the Long Street Market, explains why this market is unlike others.

Not only is the market home to a range of food trucks and the like, but it also features live performances from local and international artists, exhibitions of artwork, bars, entertainment, and artisanal stalls such as fresh producers. Bruno adds that there will be a mix of “old and new food trucks and stalls on a weekly basis, with the aim to attract Cape Town’s best mobile gastronomy”. Each market will consist of several food stalls, eight food trucks and three stages for live music or art showcases.

“The market is unique in that Long Street is the largest permanent outdoor events space in the city – it has an unique energy, and it’s probably the only street in the country that can attract five - to seven-thousand people on any given Saturday.”

Walking into Henri’s, you’ll be greeted by the owner, Pierre and his staff, who will treat you like guests in our own home. Henri’s combines an inspired menu with a casually sophisticated setting in a heritage house conveniently situated on Somerset West Main Road. We also welcome larger groups, our top ﬂoor has been renovated and can be used for private functions. Our inviting, comfortable dining room is the perfect place to enjoy a great meal.

The event will take place from 2pm until 2am on Saturdays, with road closures affecting certain areas in the CBD to allow for public use of the space. Entrance to the market is free of charge.

of the Bleisure Traveller (Continue from page 1)

Our menu can be described as comfort food with a modern global inﬂuence. We are well known for our aged grass-fed beef as well as the freshest local seafood. Alongside our à la carte menu, we offer a light lunch menu during the day and also have a kiddies menu. We also serve homemade, thin based pizza cooked in a wood-ﬁred oven.

Business-relevant amenities: Facilities like free, fast and reliable internet connections, easily-accessible electrical outlets and working spaces in rooms are now standard requirements rather than ‘nice-to-haves’. Rooms with a view: In B.C. (Before COVID) times, guests would spend little to no time in their rooms during the day. Now that they are mixing business and leisure, the last thing they want is to be stuck in a hotel room overlooking the next building. The whole point of taking a ‘workation’ is to work in an environment that is beautiful, awe-inspiring and nothing like home, right? Top-class childcare: Many Bleisure guests take their children on their ‘workation’ and want the assurance that while they are solving the world’s problems, their precious cargo will be taken care of, fed and have fun! Meals included: Self-catering has always been a hit with leisure guests, however, Bleisure guests are strapped for time. When they are not working, they want to be relaxing and enjoying time with their partner or family. They don’t want the chore of cooking, which is why so many look for packages that include meals or have restaurants on site. “Workations are the way of the future, and it is up to the hospitality industry to make sure they are ready and waiting with open doors and fluffed pillows,” Shaun concludes.

Enter the age of the Bleisure Traveller: Just when tourism was booming, and it felt like the world was becoming smaller, Covid exploded and pushed us all apart – literally. We dove into our own bubbles where we learnt new ways to earn, educate and entertain. As restrictions ease, a new, hybridised human is emerging. A mix of new skills with old addictions – the need to travel is stronger than ever. 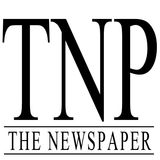