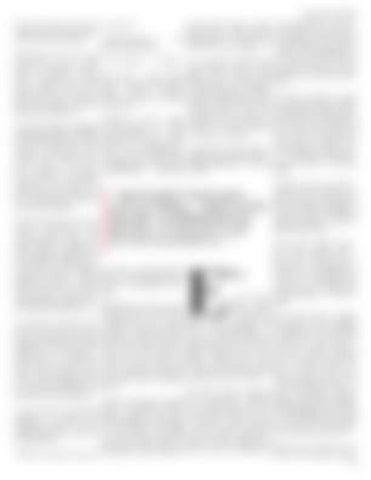 “We just made these last to my gate” night from some pot-butter I got from a friend.” “Duuuuuuuude...” He barely breathed out. The pure size of it all stunned me a bit. I had “You ok there...?” I asked. never seen such a huge bowl of edibles by this “Are you….?” He asked point. (This was in the back. Then followed up early aughts, before dis- with, “Those cookies pensaries were common kicked in and are fucking place and edibles came in stroooong.” measured amounts.) “Really? I don’t really Don and I began to giddily feel anything yet.” The grab finger fulls of dough announcement to board and form them into cook- member my plane came ies on a cookie sheet. We over the loudspeakers. nibbled our fingers clean “Shit, I gotta go. Don’t get as we went... as you do. too high, guy!” I said with Don popped the sheet unintentional foreshadin the oven as I finished packing for my trip. We took a few more dips into the dough before he put it away in the fridge. 10 minutes later, the oven timer announced the cookies were ready. We each gobbled a warm one with excited impatience, both lightly burning the roofs of our mouths. I panic-noticed I was running behind schedule, so Don packed me a few cookies to go and gave me the traditional big goodbye hug as I rushed out the door. I took the 10 block trek from his house near Potrero Ave through a windy drizzly winter’s day, speed walking to the 16th st. Bart station. I caught the train just in time, carrying me under the bay and over to the Oakland Airport shuttle, which in turn took me to the terminal. As I sat down at my gate, waiting to board the Southwest plane I got a call from Don on my mid00s flip phone. “What’s up guy? Just got

known that before I gobbled down canna-cookie dough like it was the last time I’d ever see sugar.) As everyone found their seats and the door to the plane then closed and sealed, the worst thought I could think for a developing claustrophobic like myself crept over me like a horror movie reveal: “I couldn’t get out of here if I wanted to.” (Cue terrified scream in my head).

The plane fought to climb it’s way above the clouds, shaking and rattling every foot of the way. But these were big storm clouds and there was no getting up over them. We then “levAnd this is only the begin- eled” off into a rollercoastning of my ascent into a er of turbulence that lasthellish nightmare of storm ed the entire 45 minute clouds. flight.

“THE WORST THOUGHT I COULD THINK... CREPT OVER ME LIKE A HORROR MOVIE REVEAL: ‘I COULDN’T GET OUT IF I WANTED TO.’ “

owed irony, and hung up before I could quite hear any of his possible warnings. Thinking I must not have had as much as Don did, I pulled out one of my cookies and took another big bite. I filed into line and slowly made it all the way to my seat, before I started to feel a big weed wave creep up from my chest and throat and grab my brain with a growing panic. (I must note here, I think there’s something about plane pressure and altitude multiplies one’s high, as every time I fly high it’s more intense than the same dose I take when on the ground. I only wish I’d

from Humboldt to San Diego. And we were about to be riding those big storm waves all the way down to LA like a tiny fishing boat lost and tossed at sea in the parts of ancient maps labeled: Here there be monsters.

I tried to get my claustrophobic fears under control with some mediation deep breathing techniques I know, and a mantra I’d learned during a “self-enlightening” phase.

Om mani padme hum... Om mani padme hum... Om mani padme hum… Breathe in through the nose and out through the ffect. mouth. In through the nose and out through the As we jar- mouth. Repeat… for entire ringly took flight. off, slamming into buckets of rain, my The whole time I simply panic only persisted. In sat in my seat eyes closed; fact, it incrementally in- breathing and chanting creased as I got even more to myself as needed. The high with every foot the picture of tense calm. I plane climbed into the was only fully freaking storm clouds above, and on the inside, trying my winter sun started to fade best to overcome my edoutside my tiny window. ible overdose. The most visually panicked part of The Bay Area is known me would have been my for its moody weather, white knuckled fingers but usually after take off gripping the armrests like we clear the chaos of any I was clinging to the edge local storm. This was one of a cliff. While all around of those big state-wide me, the rest of the plane winter weather monsters was freaking the fuck out. that rained a saltless sea down on all of California There was a girl to my front left crying inconsol54