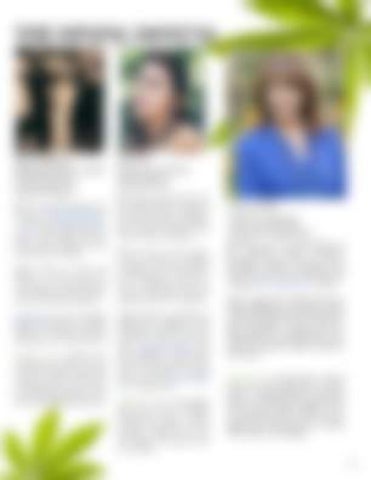 BIO: As the Chief Experience Creator of MJU High Dining, a division of Mary Jane University, Barbie takes fine dining to new heights with infused cuisine, upscale events and foodie workshops. Barbie strives to create the kinds of events that she would want to attend and always infuses them with education and a little euphoria. Faerie Jane a luxury cannabis lifestyle brand was created by Barbie to celebrate activism through the art of adornment. GREEN ENVY: Barbie’s the Founding Co-Chair of Women Grow Orange County and former Co-Host of “The 420”, a cannabis news show on the first Cannabis based TV Network, the US Weed Channel.

BIO: Keira spent 6yrs in Japan and immersed herself in the culture and it’s traditional foods, learning techniques and products directly from Tokyo’s chefs and bakers. Back in the U.S. she continued her passion for baking working in a French Bakery in Portland, OR. After moving to California Keira become ill and discovered the medical benefits of cannabis. This lead her to specialize in edibles and collaborate with Weedmaps and film step by step how-to infuse and cook with Cannabis videos. She later partnered with Mindstream Studio, to make a webseries of Cannabis Cooking videos called “The Cannabis Pot” among others. GREEN ENVY: As a Cannabis Chef, she believes in healthy alternatives, micro dosing, and the consumption of raw cannabis. Keira is also the Vice Chair of Women Grow Los Angeles.

BIO:Karin won the grand prize in the Scharffen Berger Chocolate Adventure Contest  for her  Chocolate-Filled Pandan Dumplings  and with the prize money she start her company Sweet Mary Jane in 2009. Karin’s approach to baking with cannabis emphasizes  the plants benefits combined with delicious tasting treats and medicinally focused tinctures. SMJ specializes in small batch artisanal desserts and medicinal tincture blends all made by hand, custom to each order. GREEN ENVY: In 2015 Karin released her book ‘Sweet Mary Jane - 75 Delicious Cannabis-Infused High-End Desserts’. Through her unique vision and customer loyalty SMJ has won several awards from 1st place at Cannabis Cup for Re-Leaf 3:1 to 2016’s THC Classic’s Best Edible.