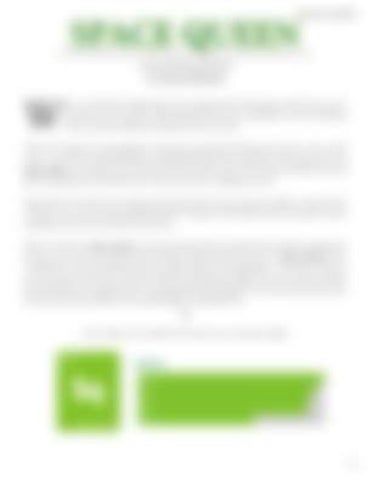 hen ex-Confederate Captain John Carter transported his body-spirit to Mars from an Arizona desert cave in the late 1800s, little did he know he would fall in love with a Martian Princess and spend lifetimes floating in between worlds.

This is the sensation one gets puffing on a Navajo peace pipe full of fresh cured nawak’osis; the “sacred weed”... one feels love and weightlessness. Smoking what John Carter might have referred to his love, his Space Queen, one feels like one can float from this world to the next in a breath, and land on the red planet, leaping large and long like there’s barely any gravity weighing you down. Maybe this is how John Carter transported his spirit-self to Barsoom (native for Mars). Is this how his was able to live out years loving, fighting, flying on a distant world while his body lay resting on earth? Smoking the scared weed? We may never know. What we do know is Space Queen is a heavenly hybrid, like the child of Carter and his interplanetary princess, born of the star-crossed strains Romulan and fairy-taled Cinderella ‘99. Space Queen’s sativa-dominant, intense psychedelic buzz just might transport the puff-partaker to the inner reaches of the solar system, where green creatures with four arms and spears might want you to jump over building-sized boulders in a single bound on to passing giant flying sail-ships to save the Princess and the day. Or at least your spirit will fly as free and boundless as interstellar love.

(Go to leafly.com to find this strain nearest you. State laws apply)