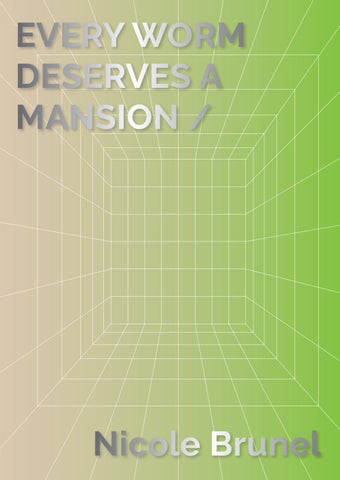 EVERY WORM DESERVES A MANSION /

Beside a wall of sand, a Mountain Dew-patched character of confusing age tells bad jokes to no one. An audience of sculptures stands silently; a giant worm, an effigy to stink bombs, and a puzzle from the 123rd dimension. These statues are bodily in form, idolized jokes constructed from the infrastructural detritus of a city buried by a desert. The metal is reused, concrete is rotten, and sand is hot and mutant. String encrusted by this sand tries to stand and lift. Bows mark points of interdimensional intersections. Cookie marks the spot. Mom is missed.

In the distance, a visible suspension of carbon can be seen coming from a camp. Its fire is still glowing but no one’s sure how long it’s been here. There are traces of human and baby energy left to be decoded; a green screened turtleneck, a 4:3 mushroom cloud, and keyframed soft marble car seats. Touching the sand here, it’s ticklish and trying its best not to tell a secret. The fire betrays this intention, emitting a digital language translated through smoke. Fuzzy and looping narrators act as guides through puzzles in the plume.

1) In her essay regarding Edgar Arceneaux’s The Alchemy of Comedy…Stupid (2006), Lorelei Stewart argues, “We cannot deny our legacy, our inheritances, but we can determine how they get retold. Turn them into malapropisms or punchlines.” 15-some-odd years later, in a cultural, social, political, and ecological landscape that is fraught with turmoil and destruction (to say the least), a combo of malaprops and punchlines may be too flimsy a strategy to correct the deeply systemic ills that face us in 2020. The humor of Every Worm Deserves a Mansion may follow a similar train of thought to Arceneaux’s, but it seeks to delink and complicate its relationship to linearity. Where the comedic and artistic strategies of the mid-aughts were still attempting to make peace with some notion of stability or convention, Brunel interrogates the basis of continuity itself – destabilizing the viewer’s relationship to order or sense. The humor is in the rhythm of convention’s breakdown, finding its niche in the space where language becomes nebulous. Brunel’s work mucks around in the residue of the in-between, challenging the conventions of sense and non-sense – asking what happens if they touch. What if a joke becomes a sculpture and then tries to become a joke again? Is it still funny? What’s funny? What’s so funny!?! Hehe haha hoho huh? Material acts as an anchor to make the nonlinear linguistic and conceptual textures all the weirder. Where isn’t the sand? Where isn’t sand? Why isn’t there sand where there isn’t sand? Where is sand supposed to be anyhow? The work remains in a constant state of transition – in between talking and singing, in between anxiety and humor, in between laughing and crying, in between together and alone, in between action and cut. Brunel challenges us to not only sit in the tension of that space, but to examine the hierarchical modes inherent to its uncomfortability. A yearning to make sense – to make order.

2) The pedagogy of coun “I’m going to count to 3 a the TV off a toy is going o They look up at me – a d “oneeeeee…twoooo…tw They jump off the bed – f the on/off button on the re “andddd…threeeeee” A 3-count method for kid as the hills. An incredibly efficient system for refocu child’s behavior. A parent the potential punishment counting sequence – if th direction the numbers are understand that the punis time. They can change th existence/nonexistence o simple count proves to be child’s initiation into perso fluidity of their lived expe the strictures of obedienc You! You believe that if so exists on the Internet. Yo under the pretense that S all recorded music, that Y repository for all film/vide book has been published find it on Amazon. And m not yet. 1 begets 2 begets 3 bege a question here? You we It even seems silly to imp time in between the ques answered itself and you w Before long, our 4-year-o too – no time, no thinking time being, they resist. Th the count.

nting; I tell our 4-year-old: and if you don’t turn on timeout.” delay. woandahalffff” frantically trying to find emote.

control seems as old y simple, direct, and using/reshaping a t or guardian locates at a point within a he child understands the e moving in, they shment is located in heir behavior but not the of the punishment. This e a critical stage in the onhood, where the erience is traded in for ce. omething exists, it ou operate day-to-day Spotify is an archive of YouTube is the eo footage, that if a d, you will be able to maybe you’re right, but

ets ______. Is there even ere able to answer that. ply that there was any stion and the answer – it were the conduit. old will be a conduit g – just doing. But for the hey resist by subverting

3) Every Worm Deserves a Mansion won’t sit still – won’t stop shifting. The movement fidgets between impatience, excitement, frustration, and delight. In Hole Theory (2001-2002), William Pope.L proclaims, “…aesthetic expression makes visible contradiction- being opposed, being against- lacking belonging, lacking home or a being ‘at home’ from which overcoming or transcendence might be accomplished.” Brunel builds on Pope.L’s proclamation, offering us coping strategies couched in tonal oppositions. A punchline becomes radical as it offers an alternative to the 1-2-3 of it all. “I’ve got a 9inch dick if you count the butthole,” Brunel remarks to camera. A deceivingly simple oneliner is, in fact, a challenging and sophisticated comment on the intersection of gender, the quantification of body, and heteronormative predilections. Brunel’s work is chock-full-o’nuggets like these; extended and repeated viewings are highly suggested.

BIOGRAPHIES / Nicole Brunel uses sculpture, music, video, and coding to create spaces of alternate reality. These spaces are defined by mutability; of identity, of humour, and of dimension. Their stories speak of similarities between non-binary gender, wave-particle duality, and carabiners.

Christopher Robert Jones is an interdisciplinary artist and writer based in Illinois. Their research is centered around the ‘failure’ or ‘malfunctioning’ of the body and how those experiences are situated at points of intersection between queer and crip discourses. Using sculpture, installation, textual, and performance strategies, their work aims to create ruptures in the layers of cultural/ political/historical sediment through which compulsory normativity and compulsory ablebodiedness are disseminated. Christopher received B.A.s in Art Studio & Technocultural studies from UC Davis and is currently a M.F.A. candidate at the University of Illinois in UrbanaChampaign. 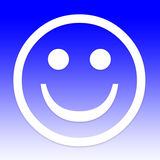 Every Worm Deserves a Mansion

The catalog for "Every Worm Deserves a Mansion" by Nicole Brunel, exhibited at The New Gallery in Calgary, Alberta, March 7–April 18, 2020....

Every Worm Deserves a Mansion

The catalog for "Every Worm Deserves a Mansion" by Nicole Brunel, exhibited at The New Gallery in Calgary, Alberta, March 7–April 18, 2020....