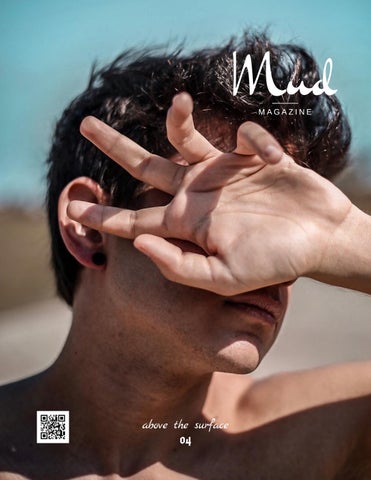 but I already know the drill. Stay quiet. Nod your head. If forced to speak, stress your R’s and T’s.                                                            Hopefully someone understands. I named my accent Roberto, because like the kid who told everyone in the third grade that I had lice, my accent is an asshole. He shows up when I have class presentations, job interviews, and order pizza on the phone. Yet, he's never around when I need to get out of a driving ticket, or when other Latinos ignore me because they think I'm just from New Mexico. I despise Roberto, but being someone who moves places too often, I'm sort of glad for his consistency in my life. But that’s not the only thing that Roberto has brought me.   By having an accent, comes judgement; things that may or may not be true.   If it’s a good English day, people think I’m smarter than I am. If it’s a bad English day, people compare me to a caveman.   Most of them are inoffensive, but there’s been people in the past that deduced so many things about me just from my inability to differentiate jail and Yale.   That I probably drink too much.   That I have seen things. That I definitely love hot sauce–which I do. No, the only thing you should be able to tell from Roberto is that I have an accent. Just as much as you have one to the British and they have one to you.

30 “Do you know Kinnon LaRose, the Sacred Heart basketball player?”

“Wherever God puts you, it’s where you’re meant to be. You just gotta figure out your why.”

“We were sitting in the locker room, everybody was dead silent, and I was the last one to get in there. And I was like ‘Listen up, guys. We just gotta learn from our losses. There’s no more home win streak for us, and we kinda just gotta learn from it, and it’s okay to lose. You move on, and just get ready for the next game.’ ”

Option 1: ignore it and do nothing. Option 2: Linear accelerator (LINAC) radiation which I would only need one treatment of, but it would be an all day process and isnâ&#x20AC;&#x2122;t 100% guaranteed to get rid of the AVM. Option 3: full-on brain surgery

Petit mal seizures are different from grand mal seizures. When having a petit mal the person will stare into space for a few moments or talk and not really make sense. In their head though, itâ&#x20AC;&#x2122;s a totally different situation.

â&#x20AC;&#x153;Bonner, it is so cool that you still go out and have a good time even through everything your battling. It shows what kind of person you are. Youâ&#x20AC;&#x2122;re a fighter, Bonner."

EVERYONE DESERVES SOMEONE CEO and Founder of "Making Authentic Friendships", Juliana Fetherman takes the business world by storm, impacting lives, and proving that altruism and success can exist in business.

Juliana and her brother Michael.

Advocating for those who cannot advocate for themselves is my passion.

However, starting a business while still in college is a di icult feat.

The point is, if you are passionate enough about something, all you need is faith in yourself and the belief that you can do whatever you set your mind to. â&#x20AC;&#x201C;Juliana Fetherman

A poem by Danielle Lapierre

GUYS FROM TINDER Your surface is how you want people to see you. What is more surface-level than a Tinder Profile? A handful of your best pictures, some sort of attention seeking caption, and if you’re ballsy enough, some song attached. Honestly, that song is make it or break it right there, and by make it or break it, I mean if you have a song then I’m absolutely swiping left. That is too much effort for a profile. So if their profile is what they’re trying to make you see, how do you go deeper and actually figure out who Marc, 21 from Penn State really is? Easy. You just need to master the Tinder stereotypes. I’m here to help. These are the 10 stereotypical guys you meet on Tinder.

He has an emoji of a basketball covering the girl’s face next to him. What this actually means: That’s his ex, and she made them take so many pictures in a row to make sure they looked good, that he wasn't just about to not share them. So you know for at least a short period of time, he can handle some sort of insanity. Give it a try, swipe right if it’s not to obnoxious for you.

The bio is a shit ton of emojis after everything he wrote that he said he likes to do. He likes to smoke? Leaf emoji. Likes tattoos? Better believe there’s the needle emoji. What this actually means: He’s the equivalent of that meme of a baby named Kyle being baptized with a can of monster. Abort mission.

“It’s my sister. It’s my niece. Not my kid.” bio. What it actually means: I mean, I highly doubt the girl in your picture who looks EXACTLY like you, was your girlfriend, but honestly I’ve seen crazy shit like that. But thank you Dan, 22 from Syracuse for clarifying that nothing in that picture is dependently tied to you in any way. Dan, chill out, you’re way too paranoid for Tinder and it makes you less attractive. Swipe at your own.

His height is in his bio. What this actually means: He has a small dick.

Has a dog in his picture(s). What this actually means: Ok, if the dog is the very first picture, that's genuinely confusing. Why is it not you? Don’t make me swipe just to know what you look like because 10/10 times it's not worth it. BUT, if it’s him with a dog, and it’s like a fucking golden retriever, swipe right because that's one fine pupper.

10 He has a gif as their picture. What it actually means: this dude isn’t even confident enough to post a still picture. Why do you have to do that? 99% of the time, that gif doesn’t even load fast enough for you to get swiped left. You’re trying too hard, and not getting the results. No.

“Actually” aged guy. What it actually means: So this Pat, 20, from Tampa made a Facebook when he was too young and lied about his age, and then idiotically linked his Tinder to said Facebook account. Swipe left for the sole fact that he did that and is editing his age in his bio, and didn't just make a profile NOT linked to his Facebook. He is literally just too dumb. If I wanted to lower myself to your actual age range, I would’ve.

07 Picture is always group shots, so you have no idea who he is. What it actually means: They obviously have at least one photo of themselves, and a front camera. They don't want to show which one they are. Unless you want to fuck EVERYONE in that photo, it’s not even worth it to figure it out.

04 Gym pictures. What it actually means: He wants you to see that he’s got a hot body. That is literally it. He wants to show you that he’s going to spend majority of his time at the gym, so if you’re into that, boom perfect match. If you think he looks like a tool–which he does–that is a game time decision banking on if you’re sober or not.

Collegiate athlete action shots. What it actually means: They know just by adding in those pictures they have the upper hand. They’ve got you. It’s just something about athletes; they’re a different breed. He definitely thinks he’s better than a lot of guys. Honestly I’m okay with that. I could be biased, but if you have pictures playing sports, I’ll be interested. Take the bait. I’m definitely swiping right on you Chris, 21 on the Yale Football team.

Wearing a sports jersey at professional sports game. What it actually means: he’s showing you he goes out of his house once in a while AND may or may not be a front runner for a professional sports team. This is where it gets tricky, because if it’s a team you like, you’re tempted to swipe right. That’s the bait right there. It’s even worse if it’s a team you hate, but what if the guys hot. If he’s not, you just swipe left and forget about that lame Eagles fan. Be smart with how you go about this, because it could be some cool hate sex between a you and a Red Sox fan or something.

Once you’ve mastered the trash you find on Tinder, you’ll find a couple of gems in that mess of an app. I leave you with this last piece of advice, always swipe right on golden retrievers and Yankees fans.

Move On by Mike Posner

Dirty Paws by Of Monsters and Men

Life We Chose by Jared & The Mill

The Story Never Ends by Lauv 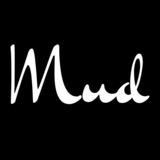