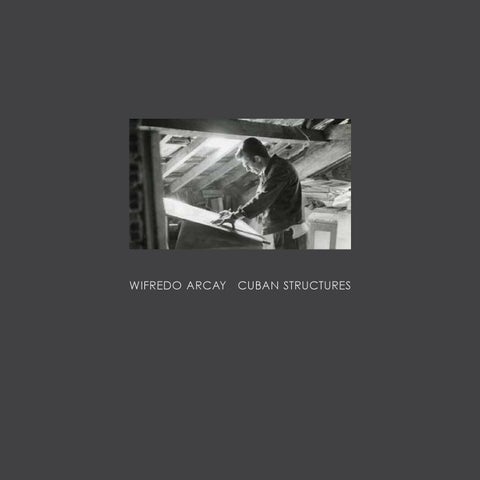 INTRODUCTION by Abigail McEwen “We were like a political minority in exile, the Fidel Castros of Constructivism looking for a landing place,” Denise René recalled of the artists whom she championed at her eponymous Paris gallery at the start of the 1950s.1 Against the trending fashion of Tachisme and its improvisational, informel sensibility, René positioned the intellectual rigor of geometric abstraction, practiced by her gallery’s international stable of artists, within Constructivist narratives of perception, mechanisation, and movement. In line with the democratising impulse behind her promotion of the “Multiple,” a work intended for mass-scale production at an accessible price, she began to work with the Cuban émigré Wifredo Arcay in the mid-1950s to produce silkscreen editions of hard-edge and optical abstraction by artists such as Jean Arp, Julio Le Parc, Jesús Rafael Soto, and Victor Vasarely. Arcay had introduced serigraphy to France by 1953 with the publication of an album of prints by sixteen eminent Ecole de Paris artists commissioned by the influential editor of the journal Art d’Aujourd’hui, André Bloc. “For me that period meant music every day,” Arcay reminisced of his early years in Paris, where he had arrived on a grant in 1949, and of his first encounters with its historical avant-garde.2 Assimilating within an emerging generation of younger, abstract artists, he worked simultaneously as painter and printmaker, engaging transatlantic discourses on arts integration and the social, participatory function of art in the world. Between Paris and Havana, his work commuted across transnational networks of geometric abstraction

as it evolved from easel painting into the wood structures that catalysed the expansion of his practice into architectural space. Inasmuch as Arcay’s acclaim and productivity as a screenprinter have in some measure superseded interest in his other projects, the trajectory of his work from the 1950s and 1960s illuminates the synchronicities between painting and printmaking during this period and, no less, the transnational reach of Cuban abstraction. Arcay alit upon Paris at a moment of widespread aesthetic reappraisal as artists sought to re-position themselves vis-à-vis the prewar avant-garde and its modernist legacy. Through his teachers Léopold Kretz and Ossip Zadkine at the Grande Chaumière, where he studied in 1949-50, Arcay came into contact with the Ecole de Paris and its ensconced practices of abstraction. Reconstituted as a postwar project and girded by an ethos of liberation, inflected politically by the Stalinist threat and memories of German occupation, this revived abstraction posited a line from postCubist composition to Constructivist models of participatory art and social commitment.3 Among the early exponents of this collective approach to aesthetic engagement was the Atelier d’Art Abstrait, founded in 1950 by Jean Dewasne and Edgard Pillet in Montparnasse. The Atelier offered instruction in the technology of paint (pigments, binders, varnish) and organised “visites-dialogues” with elder-generation artists such as Auguste Herbin, Alberto Magnelli, and Vasarely as well as focused discussions around the work of its younger pupils, the “Groupe de Jeunes de l’Abstrait,” among them

Arcay, Yaacov Agam, and Pascual Navarro.4 Its advocacy of collaborative, social values within geometric abstraction anticipated the formation of the Groupe Espace, by Bloc and Félix Del Marle, one year later around similar principles related to the integration of art and everyday life. Arcay joined the group in 1953; notable among its international membership were Marcel Breuer, Sonia Delaunay, Cícero Dias, Walter Gropius, Fernand Léger, Richard Neutra, and Carlos Villanueva.5 Against a backdrop of rationalist reconstruction and urbanization in Paris and across Europe, the group’s concern for the human conditions of

public and private life came to be epitomised in its advancement of a synthesis between abstract art and architecture. In its social orientation and global horizons, the group provided a formative point of reference for Arcay as he began to define mutually responsive practices of serigraphy and painting. “I find that serigraphy is a means which resembles our day and time,” Arcay observed, and unquestionably its cooperative, re-creative process shaped the evolution of his painting as it moved into architectural space. Constructivist precepts of synthesis and collectivity, drawn from the Atelier

d’Art Abstrait and the Groupe Espace, materialised first in his silkscreen editions. The success of his initial portfolio for Bloc, Maîtres d’Aujourd’hui (1953), an edition of silkscreen prints after paintings by such artists as Arp, Kandinsky, Klee, and Mondrian, led to a second volume, Jeunes Peintres d’Aujourd’hui (1954), which positioned a younger generation (among them, Dewasne, Pillet, and Vasarely) in their wake.6 “For me, the originality of a serigraph lies in the direct participation of the artist in everything that happens,” Arcay explained. “He changes his mind, he changes colors, he changes shapes. And when it’s finished, sometimes you have to write it off and start over.”7 The synergies of revision−in practice, of moving from traced photograph to colour drawing and then cutting stencils for each colour and printing by hand–involved the artist at every step. Beyond the technical and theoretical considerations of serigraphy, the artists were “stunned by the colours−they were flat, brilliant,” Arcay noted; no doubt the color saturation and precisely cut edges ideally suited the optical and kinetic art cultivated by Denise René.8 Yet if serigraphy was a revelation for the Ecole de Paris, the advantages of these collaborations accrued to Arcay as well. Early oil paintings trace his progression from the painterly, translucent atmospherics of Alroa to the flatter opacity of works like Israel, in which blocks of colour become more crisply defined, and the harder-edged Treggub-I. The sharper angles and linearity of Composición abstracta en negro project an increasingly dynamic, spatial energy: in its patterned asymmetry and contrasting color fields, it tacks easily from Cubist collage toward the contemporary mobile

and three-dimensional work by Agam and Pol Bury. Although an adept in post-Cubist abstraction−Arp declared him “the perfection of Cuba’s Cubists”− Arcay abandoned easel painting in 1956 in favor of collectively designed, public works intended for environmental space.9 Thus, his wood structures of the later 1950s and early 1960s are best understood as mural propositions for the new residential buildings rising rapidly in response to the city’s decade-long housing crisis. Arcay partnered frequently during these years with the architect Jean Ginsberg, a Corbusien adherent who designed numerous apartment buildings in postwar Paris (notably, concentrated in the sixteenth arrondissement). With letters typically reversed, the titles of these reliefs sometimes recognise his family (Valérie, Michèle, Jerôme) and artistic circle (Arp, Denise [René]), their citations an acknowledgment of those close to him. It is tempting to see in the multiform structures of the 1950s a distillation of the modernising urban landscape: apartment blocks placed in a grid of traffic lanes and open spaces, movement channeled through vertical and horizontal passages set in strata of shallow relief. The graphic geometry of Etnairav, for example, suggestively hypostatises the flow of energy, diffused from the taut horizontality of the polychrome bars at the top of the structure through the thickening black shapes below them. The relation of colors and shapes was earlier tested in a silkscreen (Sans titre), an inversion of the typical sequence of production but for Arcay an intuitive application of serigraphy in the service of painting. By the early 1960s, his

structures became increasingly spare, reduced to fewer shapes−e.g., Proposition II, a playful variation on Soto’s contemporary reliefs−and to monochromes that trod within the modernist lineage of “black paintings” from Kazimir Malevich to Ad Reinhardt. As Constructivist prototypes, the structures embedded Arcay’s most advanced propositions for a public art able to project “the soul of the multitude,” as Vasarely wrote, “to be the visual signification of human community.” Arcay maintained a steady exhibition schedule during these years that radiated from Paris to

Havana, his works channeling complementary discourses about arts integration and abstraction. He opened his first solo exhibition, at the Galerie Arnaud (Paris), in 1952 and showed early on at the Salon des Réalités Nouvelles (1951-54), a major venue for geometric abstraction; under the auspices of Denise René, he participated in group exhibitions in Leverkusen (1959) and Paris (1961) before opening a solo show at her Paris gallery in November 1962. Cuba included him in a number of group exhibitions sent abroad, beginning with Art cubain contemporain (Paris: Musée National d’Art Moderne, 1951) and including the São Paulo Bienal

(1955) and Cuban Tempos (1956), which traveled across the United States. His work appeared in Havana by the time of his solo exhibition at the Lyceum (1954), and he was quickly enfolded within local debates around modernization and its corollaries of concrete art and urban planning. Although artists such as Mario Carreño, Luis Martínez Pedro, and Sandú Darié had promulgated abstraction in Cuba since the start of the decade, momentum built in the wake of Loló Soldevilla’s return to Havana in 1956 with works by many of the Ecole de Paris artists−including Arcay−and her establishment, with the young artist Pedro de Oraá,

of the Galería Color-Luz. A pioneering outpost of geometric abstraction, the gallery nurtured a multi-generational group of Cuba’s vanguardia artists and served as the informal headquarters of the group Los Diez Pintores Concretos, active between 1959 and 1961.11 A satellite member of “Los Diez,” Arcay was included in its exhibitions and, almost certainly, involved in the development of its broader, socialist agenda. Like the Groupe Espace, Los Diez foregrounded the social reality of their work, railing against the “fallacy of the ivory tower” and affirming their practice as a transformative intervention into−not a reflection of, nor an escape

from−the world. They declared themselves for anonymity, sharing authorship with each other and the spectator; their works unfolded in real time, collapsing the distinctions of inside and outside, form and space.12 No less than in Paris, arguments for arts integration emphasised its democratising promise, the potential for art to not only inhabit, but to positively shape the patterns of everyday life.

Maîtres d’Aujourd’hui included a single work by each the

Arcay occupied a singular, contrapuntal position as a Cuban concreto in Paris. In serigraphy, he plied a medium whose process−collaborative, reproductive, multiple−trucked with contemporary dialogues around arts integration running from postwar Paris to pre-Revolutionary Havana. Inseparable from his printmaking, his painting projected a participatory ethos into public space, his “propositions” aligned with the Constructivist vision of a harmonious and, admittedly, utopian world. In presenting this work anew, Wifredo Arcay: Cuban Structures asserts the artist’s remarkable place as both creator and conduit within the transatlantic history of geometric abstraction.

Reba Williams and Dave Williams, “The Later History of the

Denise René, “An Interview with Denise René: A Leading

informel strand represented by such artists as Hans Hartung,

Oil on card in relief laid on board

Serigraph on card laid on board (Unique)

Latex paint on plywood in relief

Internship at the factory of Sèvres, France

Moved from his studio in St. Escobille, France

Vladimir Velickovic and retrospective exhibition of serigraphy made by Arcay, Éditions 35, Espace

THE MAYOR GALLERY since 1925 21 CORK STREET FIRST FLOOR LONDON W1S 3LZ T: +44 (0)20 7734 3558 F: +44 (0)20 7494 1377 info@mayorgallery.com www.mayorgallery.com Printed on the occasion of the exhibition WIFREDO ARCAY CUBAN STRUCTURES 13 OCT - 20 NOV 2015 All rights reserved. No part of this publication may be reproduced, stored in a retrieval system, or transmitted, in any form, or by any means, electronic, mechanical, recording or otherwise without the prior permission of the publishers or copyright holders. Edition of 500 Introduction © Abigail McEwen Poem Translation © Timothy Adès Works © Wifredo Arcay Photography © Richard Valencia (pg 17, 21 , 27, 29, 35, 37) Photography © Alberto Martinez (pg 19, 23, 25, 31, 33, 39) Special thanks to Jérôme Arcay, Alberto Martinez and Francisco Arevalo All dimensions of works are given height before width before depth The colour reproduction in this catalogue is representative only Designed by Jamie Howell and Christine Hourdé Printed by Birch Print, Heritage House, DE7 5UD ISBN: 978-0-9927984-9-9