Shipping digitisation accelerates during the pandemic 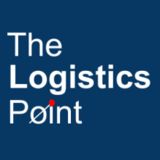 from The Logistics Point July 2020

Digitalisation in the shipping industry has been going on for years as it needs a lot of joined efforts and standards. The coronavirus pandemic has taught everyone that change needs to happen faster. The latest crisis has accelerated trends in the sector and organisations are embracing digital as never before.

‘Anything that involves human interactions is under great scrutiny at the moment,’ says Lars Robert Pedersen, Deputy Secretary General at BIMCO, for The Logistics Point.

People are shifting their attention to digital solutions as the industry is very paper reliant. Many see this as a problem with the virus and realise that the sector doesn’t need to exchange so much paper all the time.

‘Many of the solutions that are currently being implemented were talked about for years,’ Pedersen explains. What the shipping industry is seeing in not so much a revolution but a faster switch to what was already in the making. The biggest driver however is that suddenly all parties have the common interest to digitalise together.

Pedersen believes the International Maritime Organisation - IMO, needs to lead in terms of standards’ development so organisations have a common place to refer when they are submitting or looking for information. ‘Such identifiers need to be unique and common between platforms,’ BIMCO’s deputy secretary adds.

The importance of standards can’t be underestimated. The industry needs to make sure it doesn’t operate in a world with proprietary standards linked to a specific organisation. According to Pedersen it is important for all companies to have the systems able to speak to one another, else digitalisation will not work out.

‘We are not getting autonomous ships tomorrow, but the technology that is needed is slowly making its way on board of ships,’ Pedersen says. Crews are getting more and advanced ways to maneuver the ship for example. An important part of the whole process is getting all the needed technology in place and testing it out. Autonomous ships might first arrive on local and regional ...

resolved when it comes to longer routes. Leaders in the shipping industry are very pragmatic so Pedersen thinks solutions will be worked out.

The problem of building trusts needs to be resolved so digitalisation can take its full form. Pedersen gives an example with the way banks have created their systems but warns that similar systems might not be the best option for shipping. ‘There are way too many players and they are way too different,’ he continues. He would prefer to have Compliance has not been a problem with

It is unclear how to make sure machines can trust each other and who will be responsible of this year. Covid-19 meant that companies

for the information and security. Blockchain is seen by some as a possible answer but and some of the expectations for problems

Pedersen thinks it is a very expensive computer power.

BIMCO is the world’s largest direct-membership organisation for shipowners, charterers, shipbrokers and agents. In total, around 60% of the world’s merchant fleet is a BIMCO member, ships). The organisation has NGO status and is based in Copenhagen, Denmark, with offices in Athens, Singapore and Shanghai. With around 1900 member companies across 120 countries – from the largest shipowners in the world to small local port agents and law firms, BIMCO represents a wide range of maritime companies and organisations.

IMO’s fuel change, brought in the beginning had more time and resources to deal with it technology to operate that requires a lot of

didn’t come true. ‘We think the transition has been fairly uneventful,’ Pedersen says. There were more fuel quality issues according to BIMCO but the industry is able to manage the issues. ✷

Deputy Secretary General Lars Robert Pedersen is responsible for BIMCO’s technical and operational activities involving all technical and nautical issues within the area of marine environment, ship safety and maritime security. Lars Robert is furthermore responsible BIMCO’s activity related to regulatory developments relevant for shipping at international, regional and national levels. He joined BIMCO in early 2010 after A.P. Moller-Maersk. For more than 25 years he was involved in regulatory affairs at IMO level, technical management of the Maersk fleet of container ships and prior to that as seagoing engineer officer. 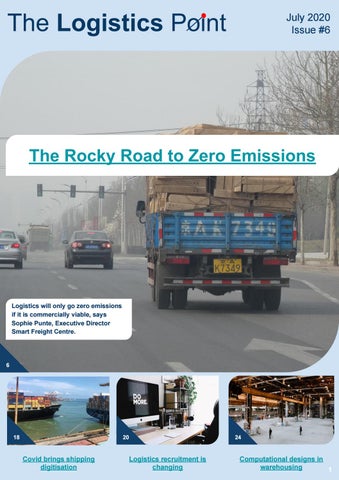