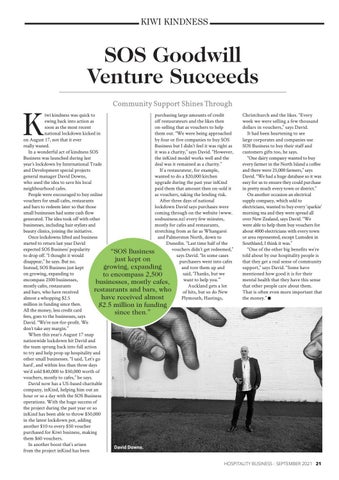 iwi kindness was quick to purchasing large amounts of credit swing back into action as off restaurateurs and the likes then soon as the most recent on-selling that as vouchers to help national lockdown kicked in them out. “We were being approached on August 17, not that it ever by four or five companies to buy SOS really waned. Business but I didn’t feel it was right as In a wonderful act of kindness SOS it was a charity,” says David. “However, Business was launched during last the inKind model works well and the year’s lockdown by International Trade deal was it remained as a charity.” and Development special projects If a restaurateur, for example, general manager David Downs, wanted to do a $20,000 kitchen who used the idea to save his local upgrade during the past year inKind neighbourhood cafes. paid them that amount then on-sold it People were encouraged to buy online as vouchers, taking the lending risk. vouchers for small cafes, restaurants After three days of national and bars to redeem later so that those lockdown David says purchases were small businesses had some cash flow coming through on the website (www. generated. The idea took off with other sosbusiness.nz) every few minutes, businesses, including hair stylists and mostly for cafes and restaurants, beauty clinics, joining the initiative. stretching from as far as Whangarei Once lockdowns lifted and business and Palmerston North, down to started to return last year David Dunedin. “Last time half of the expected SOS Business’ popularity vouchers didn’t get redeemed,” “SOS Business to drop off. “I thought it would says David. “In some cases just kept on disappear,” he says. But no. purchasers went into cafes growing, expanding Instead, SOS Business just kept and tore them up and on growing, expanding to said, ‘Thanks, but we to encompass 2,500 encompass 2500 businesses, want to help you.’” businesses, mostly cafes, mostly cafes, restaurants Auckland gets a lot restaurants and bars, who and bars, who have received of hits, but so do New have received almost almost a whopping $2.5 Plymouth, Hastings, million in funding since then. $2.5 million in funding All the money, less credit card since then.” fees, goes to the businesses, says David. “We’re not-for-profit. We don’t take any margin.” When this year’s August 17 snap nationwide lockdown hit David and the team sprung back into full action to try and help prop up hospitality and other small businesses. “I said, ‘Let’s go hard’, and within less than three days we’d sold $40,000 to $50,000 worth of vouchers, mostly to cafes,” he says. David now has a US-based charitable company, inKind, helping him out an hour or so a day with the SOS Business operations. With the huge success of the project during the past year or so inKind has been able to throw $50,000 in the latest lockdown pot, adding another $10 to every $50 voucher purchased for Kiwi business, making them $60 vouchers. In another boost that’s arisen David Downs. from the project inKind has been

Christchurch and the likes. “Every week we were selling a few thousand dollars in vouchers,” says David. It had been heartening to see large corporates and companies use SOS Business to buy their staff and customers gifts too, he says. “One dairy company wanted to buy every farmer in the North Island a coffee and there were 25,000 farmers,” says David. “We had a huge database so it was easy for us to ensure they could purchase in pretty much every town or district.” On another occasion an electrical supply company, which sold to electricians, wanted to buy every ‘sparkie’ morning tea and they were spread all over New Zealand, says David. “We were able to help them buy vouchers for about 4000 electricians with every town or area represented, except Lumsden in Southland, I think it was.” “One of the other big benefits we’re told about by our hospitality people is that they get a real sense of community support,” says David. “Some have mentioned how good it is for their mental health that they have this sense that other people care about them. That is often even more important that the money.” n 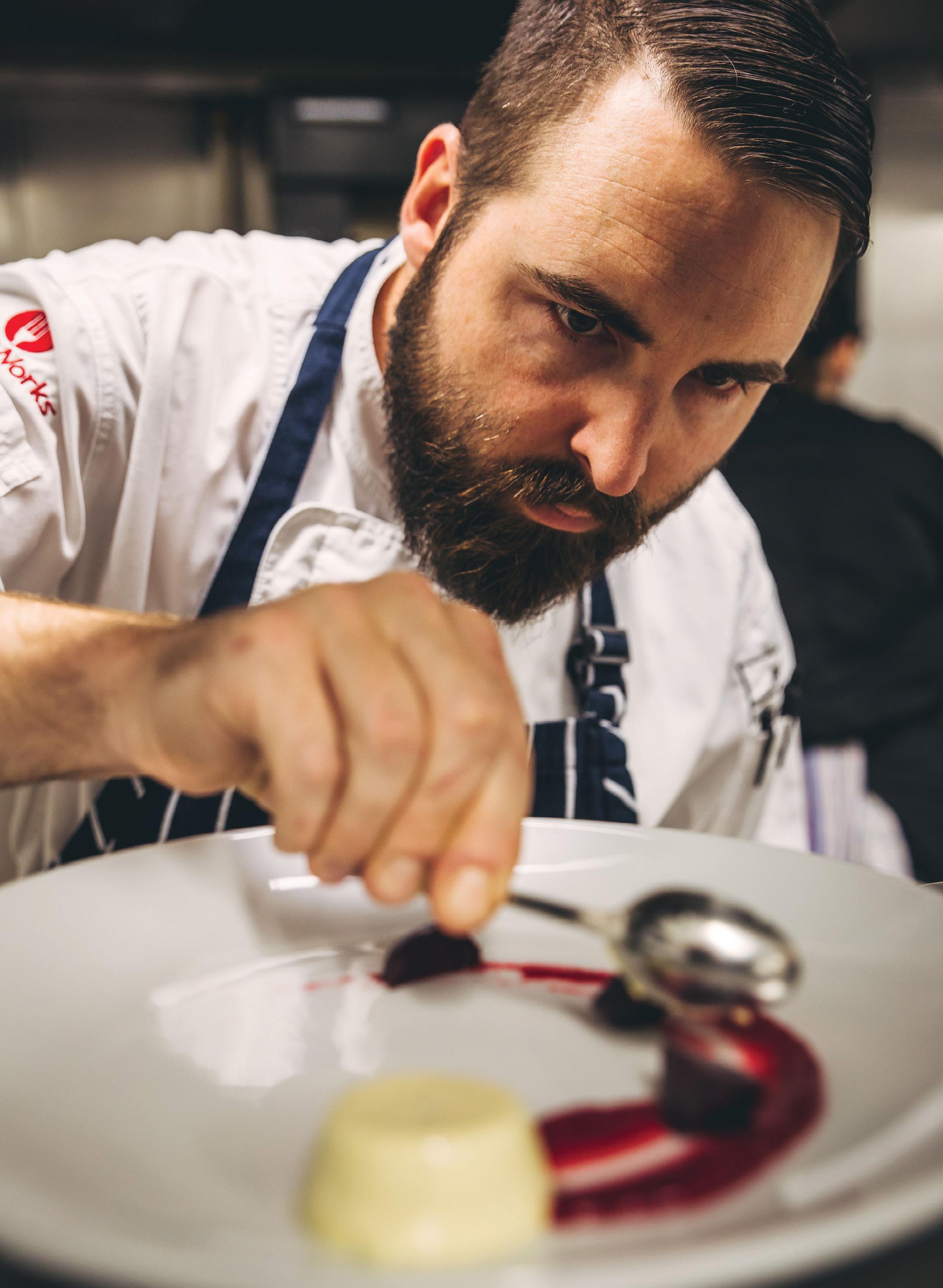 CHEF OF THE MONTH 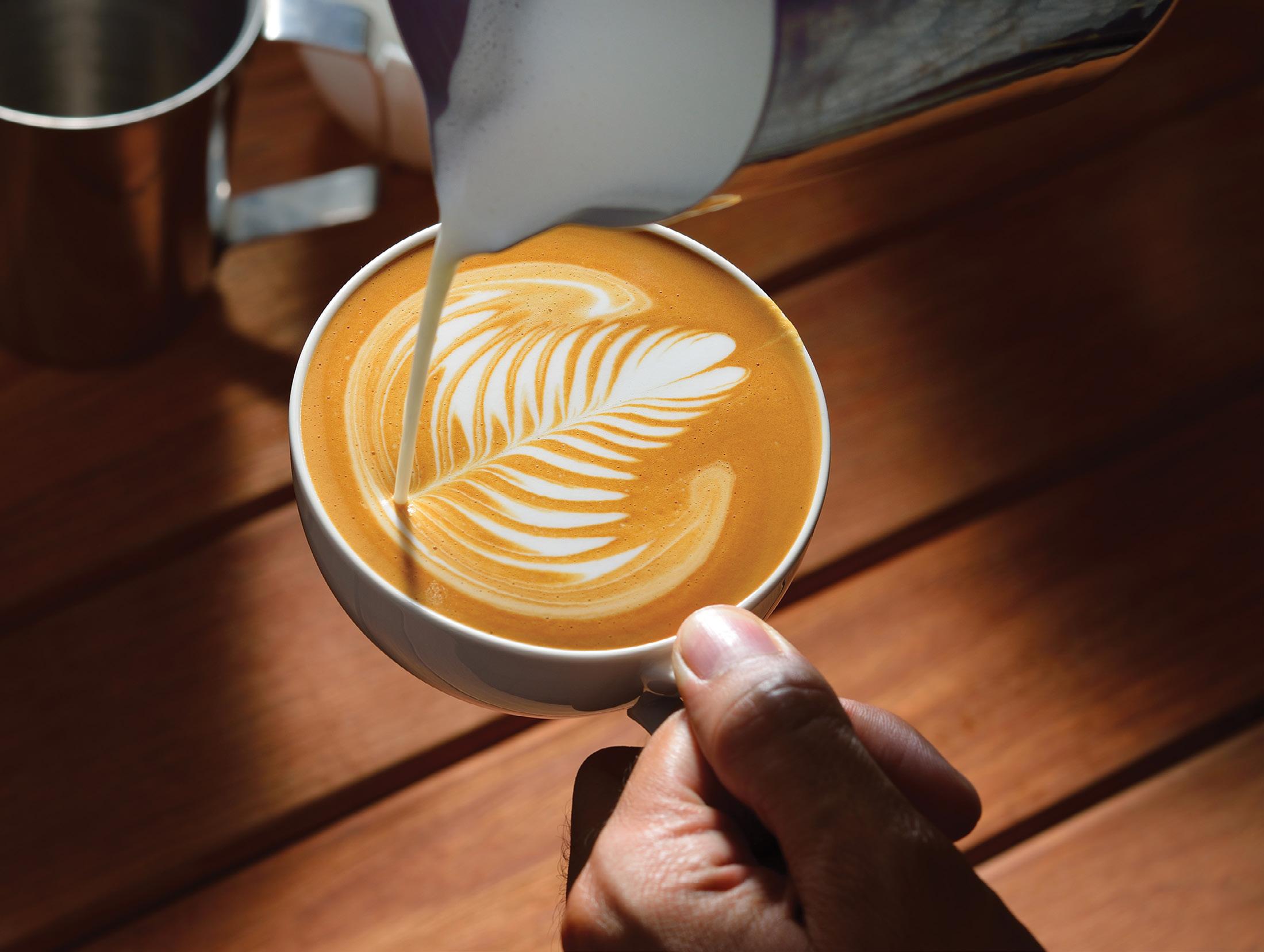 Getting Through with a Strong Brew

Paul Baker provides top tips to get through Delta with a strong brew.