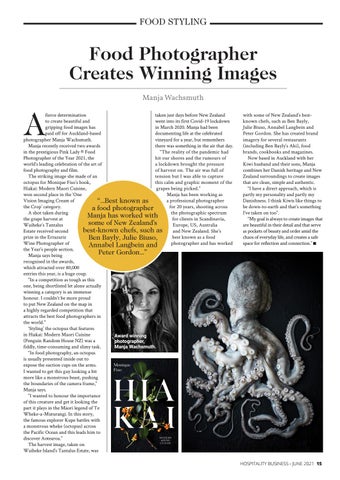 fierce determination taken just days before New Zealand to create beautiful and went into its first Covid-19 lockdown gripping food images has in March 2020. Manja had been paid off for Auckland-based documenting life at the celebrated photographer Manja Wachsmuth. vineyard for a year, but remembers Manja recently received two awards there was something in the air that day. in the prestigious Pink Lady ® Food “The reality of the pandemic had Photographer of the Year 2021, the hit our shores and the rumours of world’s leading celebration of the art of a lockdown brought the pressure food photography and film. of harvest on. The air was full of The striking image she made of an tension but I was able to capture octopus for Monique Fiso’s book, this calm and graphic moment of the Hiakai: Modern Maori Cuisine, grapes being picked.” won second place in the ‘One Manja has been working as Vision Imaging Cream of a professional photographer “...Best known as the Crop’ category. for 20 years, shooting across a food photographer A shot taken during the photographic spectrum Manja has worked with the grape harvest at for clients in Scandinavia, some of New Zealand’s Waiheke’s Tantalus Europe, US, Australia best-known chefs, such as and New Zealand. She’s Estate received second prize in the Errazuriz best known as a food Ben Bayly, Julie Biuso, Wine Photographer of photographer and has worked Annabel Langbein and the Year’s people section. Peter Gordon...” Manja says being recognised in the awards, which attracted over 80,000 entries this year, is a huge coup. “In a competition as tough as this one, being shortlisted let alone actually winning a category is an immense honour. I couldn’t be more proud to put New Zealand on the map in a highly regarded competition that attracts the best food photographers in the world.” ‘Styling’ the octopus that features in Hiakai: Modern Maori Cuisine Award winning (Penguin Random House NZ) was a photographer, Manja Wachsmuth. fiddly, time-consuming and slimy task. “In food photography, an octopus is usually presented inside out to expose the suction cups on the arms. I wanted to get this guy looking a bit more like a monstrous beast, pushing the boundaries of the camera frame,” Manja says. “I wanted to honour the importance of this creature and get it looking the part it plays in the Māori legend of Te Wheke-a-Muturangi. In this story, the famous explorer Kupe battles with a monstrous wheke (octopus) across the Pacific Ocean and this leads him to discover Aotearoa.” The harvest image, taken on Waiheke Island’s Tantalus Estate, was

with some of New Zealand’s bestknown chefs, such as Ben Bayly, Julie Biuso, Annabel Langbein and Peter Gordon. She has created brand imagery for several restaurants (including Ben Bayly’s Ahi), food brands, cookbooks and magazines. Now based in Auckland with her Kiwi husband and their sons, Manja combines her Danish heritage and New Zealand surroundings to create images that are clean, simple and authentic. “I have a direct approach, which is partly my personality and partly my Danishness. I think Kiwis like things to be down-to-earth and that’s something I’ve taken on too”. “My goal is always to create images that are beautiful in their detail and that serve as pockets of beauty and order amid the chaos of everyday life, and creates a safe space for reflection and connection.” n 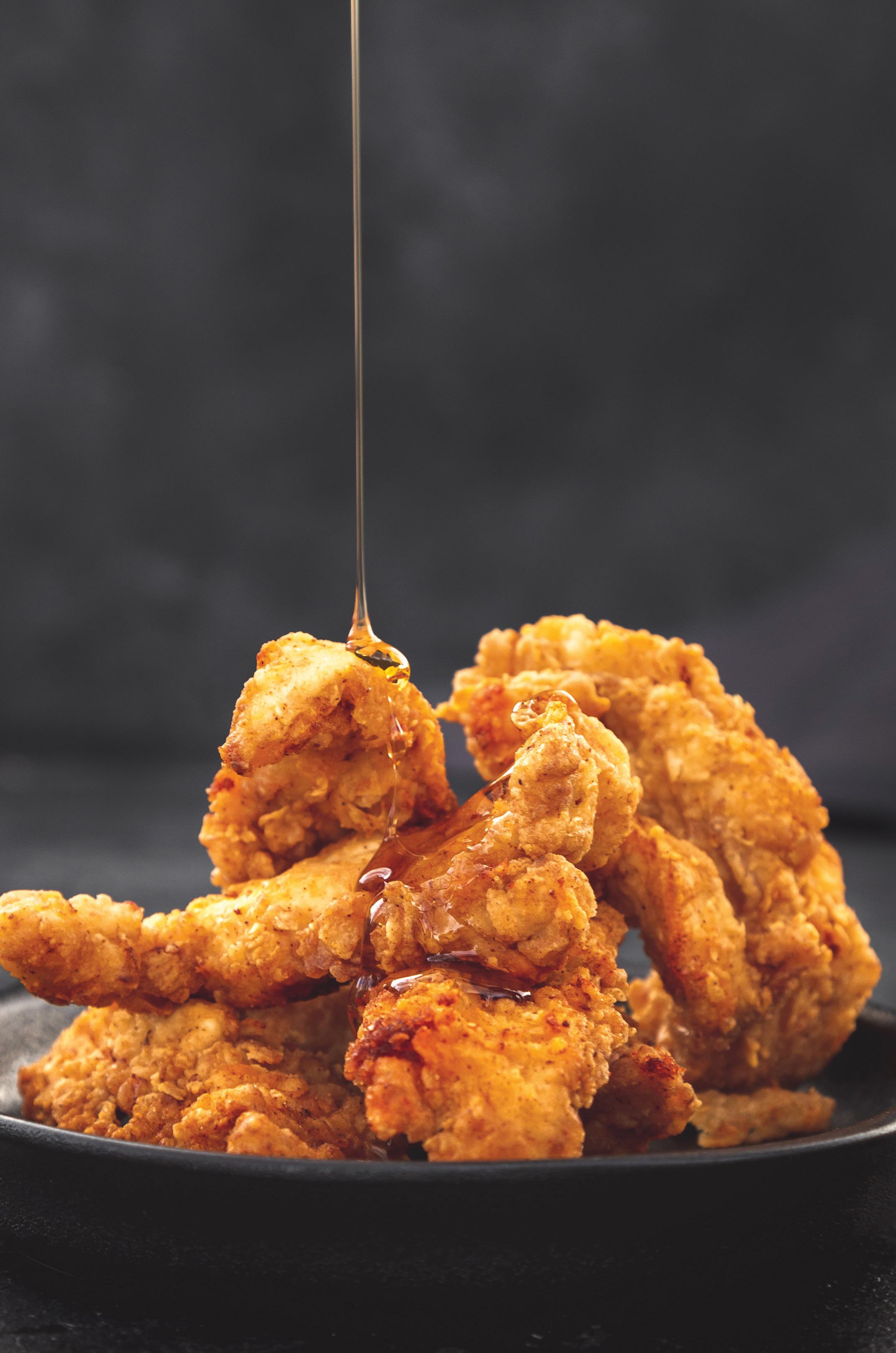