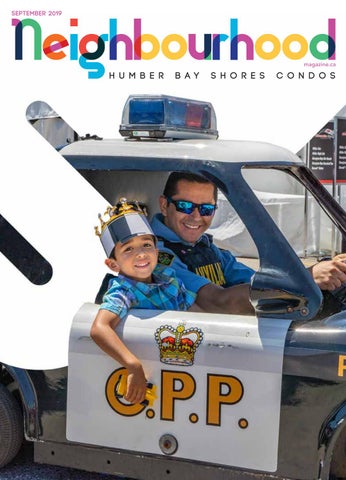 Feeling…hormonal? Exhausted, overwhelmed, and burned out? Dreading your monthly visitor or terriﬁed of menopause? We can help. Dr. Hillary Webster is a naturopathic doctor who uncovers your hidden hormonal and nutrient imbalances to get your world-conquering energy back. She knows that many women suﬀering from hormonal concerns go unheard. We hear you. After battling severe exhaustion and hormonal issues and being told it was “all in her head,” Dr. Hillary sought naturopathic medicine to ﬁnd a better answer. To this day, she has dedicated her practice to ﬁnding better answers for her patients. Dr. Hillary may be the right Naturopathic Doctor for you if you’re experiencing: • Pre-Menstrual Syndrome (painful, emotional menstrual symptoms) • Hot ﬂashes/menopausal complaints • Fatigue and unrefreshing sleep • Insomnia • Unexplained weight gain • Polycystic Ovarian Syndrome • Diﬃculty conceiving • Feelings of overwhelm, anxiety, or low mood

Dr. Hillary oﬀers Bio-identical Hormone Replacement Therapy in addition to other natural remedies in her toolkit. What is naturopathic medicine? This system of medicine uses a wide range of non-pharmaceutical remedies to help you reach your health goals. A licensed naturopathic doctor performs testing and assessment to create a personalized plan that gets to the root cause(s) of your concerns.

BIANCA VS. EUGENIE ALL CANADIAN MATCH UP AT THE ROGERS CUP

Neighbourhood Humber Bay Shores Condos Magazine is published and delivered monthly to selected Homes in Humber Bay Shores by Canada Post, agreement #41362062. Disclaimer: Every effort has been made to publish this magazine as accurately as possible; however errors and omissions can occur. THN Media, their employees, agents, representatives and vendors are not liable for any damages relating to errors or omissions in the editorials or advertising, which may appear herein except where a specific charge has been made. In such cases, THN Media shall have limited liability only to the charge for such advertising or editorials.

With the sun shining bright and a blue sky above, it was an absolute perfect day for the 8th Annual Humber Bay Shores Waterfront Festival. The Festival featured something for everyone including local artisans and vendors, a farmers market with over 35 local farmers, food trucks dishing out delicious delights, live performances including Ricardo Barboza on the main stage, and the ever popular Kids Zone. Hereâ&amp;#x20AC;&amp;#x2122;s to another 8 years!

The Toronto Triathlon Festival is a celebration of community spirit, human endurance and tenacity. On July 21th, athletes of all stripes took on a uniquely urban triathlon on the downtown highways of Canadaâ&amp;#x20AC;&amp;#x2122;s largest city. The TTF is a celebration of athleticism at its finest and with both Sprint and Olympic Distance Races (and relay options), the weekend served athletes of all capabilities. This event brought together avid triathletes with those just beginning their journey in a supportive environment that celebrated healthy living and active lifestyles.

impleMARINADED SCUCUMBER SALAD Cucumber salad gets better as it sits. Make this several hours ahead of time and leave it at room temperature. It will last several days in the fridge. I love serving this with grilled meat, chicken, fish or burgers. The flavours are super simple and go with just about everything! Serves 8.

STEP ONE: Using a knife, slicer on a food processor or mandolin, slice the cucumber into 3mm slices. Place slices in a medium-size mixing bowl.

STEP TWO: Drizzle the vinegar and oil over the cucumbers, sprinkle with the honey and salt, mix and toss together very well. Sprinkle with sesame seeds, toss. STEP THREE: Let marinate at room temp for about 30 minutes or longer before serving. Toss again before serving. ◆

From July 12th-14th, the Honda Indy Toronto took place on the streets surrounding Exhibition Place near Lake Ontario and downtown Toronto. The event featured many attractions, including beer gardens, food trucks, interactive displays and activities, and charity events. As one of Ontario’s largest annual sporting events, it has become a prestigious meeting place for some of the world’s fastest race car drivers including Marco Andretti, Scott Dixon, and Canada’s own, James Hinchcliffe.

URBANI_T transformed Nathan Philipps Square into a public playground for urban culture for its second edition from June 27th-29th. With an iconic stage on top of the water, fashion shows by Canadian designers, and a Pop-Up Shop Village, URBANI_T offered a unique experience to thousands of festival-goers. From a musical performance by k-os, to live dance auditions for Cirque du Soleil, there was plenty for the public to take part in over the three days. URBANI_T Toronto is a non-profit organization and urban lifestyle festival. In its core mission of building a cultural platform for the local creative industries of tomorrow, URBANI_T proposes a free, high-quality programming, open to all.

Every week at Padma Yogi in Etobicoke, enjoy yoga and fitness classes for women. Fertility yoga, prenatal yoga and classes with your baby are offered. Classes run on a drop-in basis and all props, including yoga mats are provided. Enjoy a workout in a safe and encouraging environment. This class is great for preparing for childbirth and motherhood.

BIANCA VS. EUGENIE All Canadian match up at the Rogers Cup Photography By Peeter Poldre

Bianca Andreescu, a 19-year-old from Mississauga played against her compatriot Eugenie Bouchard. Bianca Andreescu earned her first career Rogers Cup presented by National Bank victory in three sets 4-6, 6-1, 6-4. For much of the first hour, it looked like it would be Bouchardâ&amp;#x20AC;&amp;#x2122;s night to win. Despite being winless on tour since February, the 25-year-old from Montreal played with an edge in the opening set. Andreescu turned things around in the second set. The Mississauga native continued to dictate the pace in the third and final set. Her latest win improved her match record to an impressive 22-4 this season. Rogers Cup presented by National Bank is a prestigious professional tennis tournament owned and operated by Tennis Canada. Since 1881 for the men and 1892 for the women, the best players in the world have showcased their skills on Canadian courts.

Your Condo Reimagined: Think Outside The Box. Redesign your tired or dysfunctional condo and turn that drab box into a fab spot to maximize your living space or rental income potential. Call 416 633-2894 or visit penguincondoreno.com today to arrange a free personalized estimate.

The Penguin Icon, Logotype and penguincondoreno.com are trademarks of Penguin Condo-Reno Ltd. ÂŠ2019. Penguin is a Renomark certified contractor. Smart clients read small print and understand the value of hiring a professional. NeighbourhoodMagazine.ca

Taste of the Kingsway 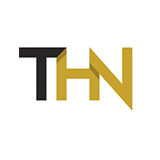