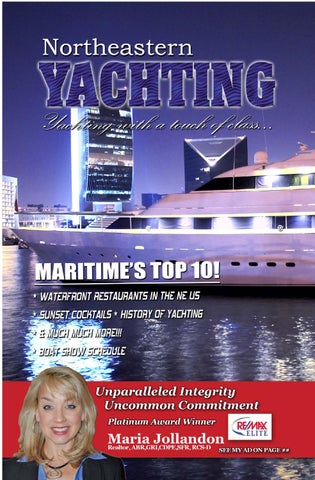 One of the Top Yachting Destinations in the World

The US and British Virgin Islands are considered one of the very best sailing and yachting destinations in the world, with the countless places to anchor, the close proximity to other islands and our spectacular Caribbean weather. Few travel destinations in the world offer so much to see and do in such a small geographic area for every age of traveler as the Virgin Islands. There are miles of hiking trails, historical landmarks and sugar mill ruins, some rare small animals and flowers, many on the endangered species list, and some great exploring to are to be found on select Virgin Islands and cays. Aside from a few â&amp;#x20AC;&amp;#x153;majorâ&amp;#x20AC;? islands, the charm of this place is the countless little crumbs of cays sprinkled all around, and most all are in sight of each other. Major open water crossings are a non-issue.

VIRGIN ISLANDS WEATHER The average temperatures range from 77°F in the “winter” to 82°F in the summer. Water temperatures in the Virgin Islands do not change greatly from summer to winter, however the 4 or 5 degree change is only noticeable to those acclimated to consistently warm tropical weather. In the summer months the water temperature is about 83 degrees and in the winter about 79 degrees.

AVERAGE WIND SPEEDS AND DIRECTION Late Spring/Summer: 10-12 kts, E to ESE Fall/Winter: 15-18 kts, E to ENE The famous easterly Trade Winds which propelled Columbus and his merry men and later, so many others to these islands, are almost always some shade of East. This makes for great sailing in the Drake Channel, especially on the home bound leg.

Miles and miles of colorful coral reefs extend out from the mostly protected aquamarine shores of the US and British Virgin Islands. The area is abundant with famous dive sites like The Wreck of the Rhone. Although it might be blowing “over there” the natural barrier of the islands flanking the Sir Francis Drake Channel, provides cover and shelter to keep your lovely snorkeling area tranquil and clear.

Named by the Greeks after the god of winds (Odysseus released them on his epic voyage), these seven Italian islands are northeast of Sicily and often overlooked by charterers who head for Amalfi and Capri to the north. Lipari is the largest, with a charming village and an interesting history that includes the Greeks, Romans, Turks and even the Normans. Vulcano is a nearby extinct volcano notable for the spectacular formations both above and below water. Snorkeling is excellent with brightly colored fish, but scuba diving best reveals the bizarre shapes. Stromboli is a continuously active volcano with no good anchorages, but itâ&amp;#x20AC;&amp;#x2122;s well worth an evening cruise to see the white-hot lava flow into the sea with fireworks from rocks blasted high in the air. Panarea is tiny, but picturesque with white houses, bright yellow flowers and three boutique hotels that attract the jet-set crowd. Tips: Be sure to see the Grotto of the Sea Lion on Filicudi, savor (gently!) the locally made malvasia dessert wine on Salina and wallow in the mud baths on Vulcano.

Some destinations are actually events, like the Monaco Grand Prix. But unless you’re a Grand Prix insider, a celebrity well known in Europe or you have impeccable contacts, it’s tough to get one of the coveted (and expensive) moorings overlooking the track.

First, the older cars are more open, so you can actually see the driver in the cockpit wrestling the wheel on the narrow streets. Second, it’s more relaxed so you can get closer to the pits. Most important, it is much easier (and less expensive) to get a prime moorThe fun of having a yacht at the Mona- ing. co Grand Prix is being able to Med-moor If you’re of a certain age, the names and watch the cars howl past just off your Connaught, Lotus, Tyrrell and Masestern while you sip Krug Clos du Mesnil rati may bring back memories; since and nibble Tsar Imperial caviar, so finding there was a Monaco GP for sports cars yourself stuck out at anchor in mid-harbor in 1952, there’s also a class for cars like is going to be, well, disappointing. C-type Jags and Talbot Lagos. Dates Here’s an insider’s tip for the best for the next Historic Grand Prix are race-watching ever: Go a week early. The May 20 and 21, 2006. Monaco Historic Grand Prix is held every Tip: If you stay ashore, ask for a harbor two years on the weekend before the For- view at The Hermitage and you may mula One Grand Prix and if you go then get a room in which scenes from the you’ll have more fun for several reasons. classic movie, Grand Prix, were filmed.

The Bahamas are a staple on the charter yacht scene but— wait! We’re talking about summer charters and the Bahamas are only good for winter charters, right? Wrong. Not only are the Bahamas absolutely delightful in the summer, they’re also close enough to use for a long weekend getaway. Even better, the tourists are going elsewhere so you’ll find the streets quiet, restaurants with empty tables, and quiet anchorages. While there are a multitude of cruising destinations from Nassau, you might want to think outside the box and meet your charter yacht at one of the outer islands. You can make the hop in a small aircraft and spend all the saved hours snorkeling. Smaller yachts have the shallow draft needed to explore areas like the Abacos and you can find an ever-growing charter fleet of 70- to 90-footers that are now based in the Bahamas year-round rather than making the usual trek north to New England in the summer.

Built in 1836 and fashioned from native granite, our little stone building first served as a Guilford shoreman’s place of work until well into the 20th century. After standing proud against the fickle waters and errant winds of the Long Island Sound for over a century it soon became home to a series of eating places. Now as the tides continue to rise and fall against our docks, gently lapping at 200 year old mortar, sits the Guilford Mooring restaurant. Our eating place results from the collective efforts of an eclectic group of enterprising individuals who share a common goal: To create a restaurant that successfully marries a poetic and genuine New England ambiance with outstanding, indigenous and unique flavors of Nor’ Eastern seafood cooking and have chosen to offer our menu in a bright, festive atmosphere.

What once was the penny arcade of Rowayton Point in the early 1900’s has now been transformed into a beautiful stone building embellished by historical New England architecture. Opened on September 14, 2001, Harbor Lights caters to all its Fairfield County patrons by offering a unique menu with a Mediterranean flare. Patrons can partake of the robust seafood samplers while enjoying the sunset on the year round.

approach to culturally- and regionally-rooted cuisine, the chef’s menu reflects the culinary landscape of today’s America and the freshest tastes of the season. WAVE offers fresh seafood favorites such as salmon, sea bass and tuna along with more trendy items such as hamachi and black cod char siu and sushi - as well as robust steak entrees accompanied by innovative sides. Enjoy our seasonal specials and other dining events.

For some of us, dinner at Skippers has become as much a tradition as watching the mooring fields fill up in the spring or watching the baymen ready their lobster traps in the morning. It’s simply part of the fabric which makes Northport matchless and allows so many of us to share a common bond. 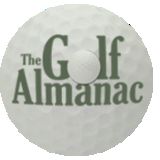